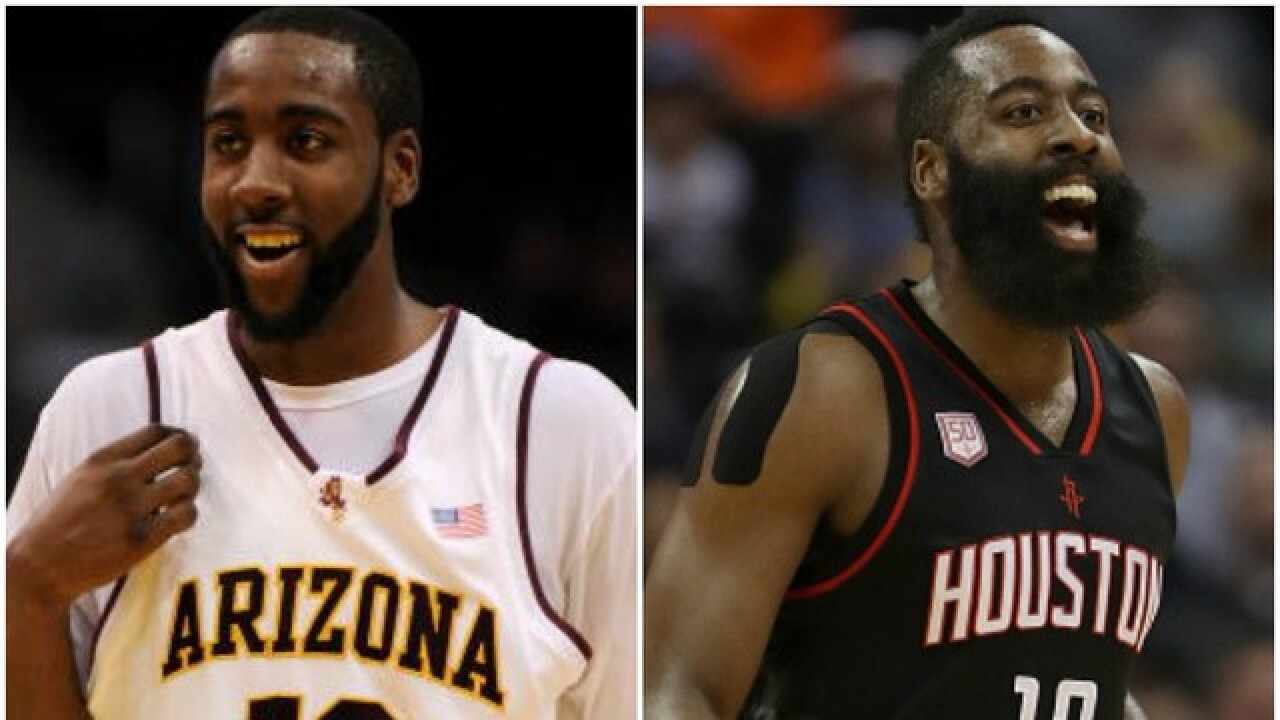 Former Arizona State Sun Devils star James Harden was named the NBA's Most Valuable Player for the 2017-18 season, becoming the first player in ASU history to win the award.

Harden was announced as the winner of the award during the 2018 NBA Awards in Santa Monica, California, on Monday night.

Harden was selected by the Oklahoma City Thunder with the No. 3 overall pick in the 2009 NBA Draft and is a six-time NBA All-Star Game selection. He helped guide the Houston Rockets to the NBA's best regular-season record last season (65-17) when he averaged 30.4 points, 8.8 assists and 5.4 rebounds per game.