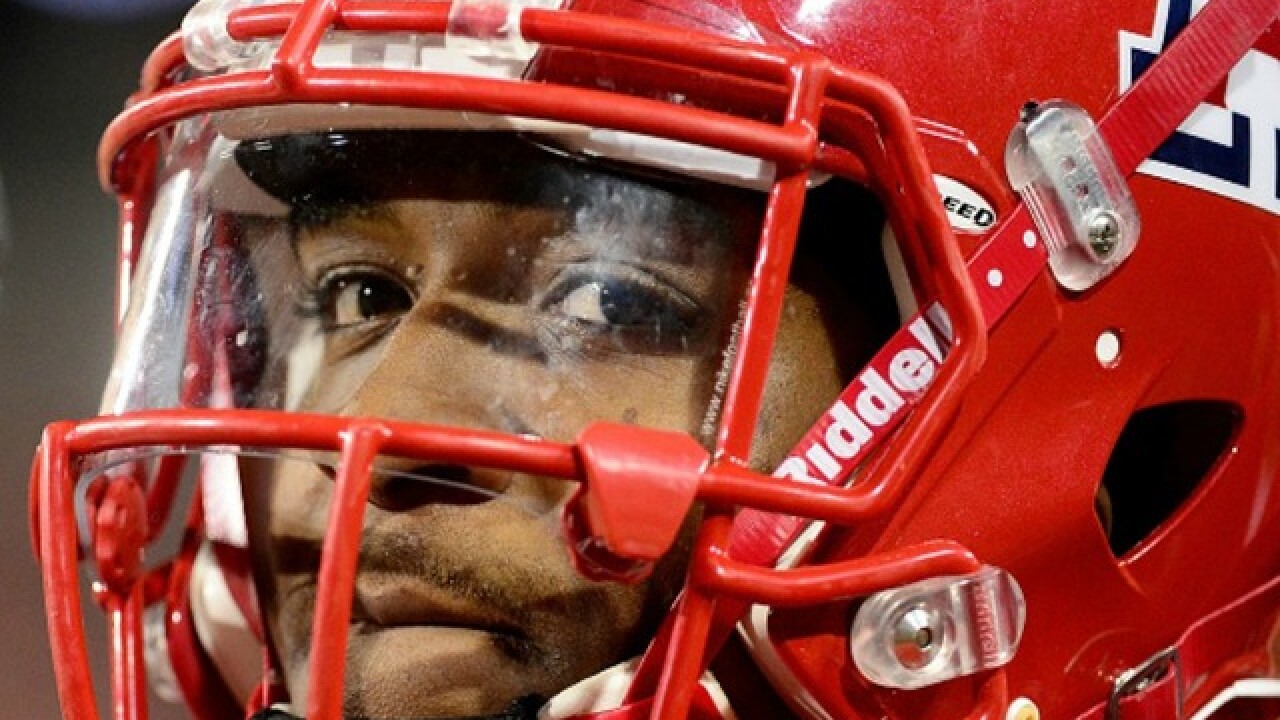 Copyright 2017 Scripps Media, Inc. All rights reserved. This material may not be published, broadcast, rewritten, or redistributed.
Jennifer Stewart
<p>Quarterback Khalil Tate #14 of the Arizona Wildcats looks on during the game against the Washington State Cougars at Arizona Stadium on October 28, 2017 in Tucson, Arizona. The Arizona Wildcats won 58-37. (Getty Images)</p>

He might be on his way to a fourth straight award, and he might have firmly entrenched himself in the Heisman discussion, after Saturday's performance against No. 15 Washington State.

The sophomore, who just turned 19 on Monday, ran for 146 yards and a touchdown and threw for a career-high 275 yards and two TDs in Arizona's 58-37 win over the Cougars in Tucson. Tate's performance included an 82-yard run, making it the fourth straight game he's reeled off a run of at least 70 yards. No one in the last 10 years has done that in more consecutive games.

Reminder: Khalil Tate is a quarterback.

Khalil Tate has a run of 70+ yards in 4 straight games. Khalil Tate is a quarterback.

Watch his latest in the @CocaCola Instant Replay. pic.twitter.com/vXfz1C398O

Four straight games with 100 yards rushing for Khalil Tate, and he did it in style. pic.twitter.com/cPIlf14YRE

Tate earned national attention in early October when he set an NCAA single-game quarterback rushing record by reeling off 327 yards in a win at Colorado. Not bad for a guy who didn't even begin the season as his team's starting QB.