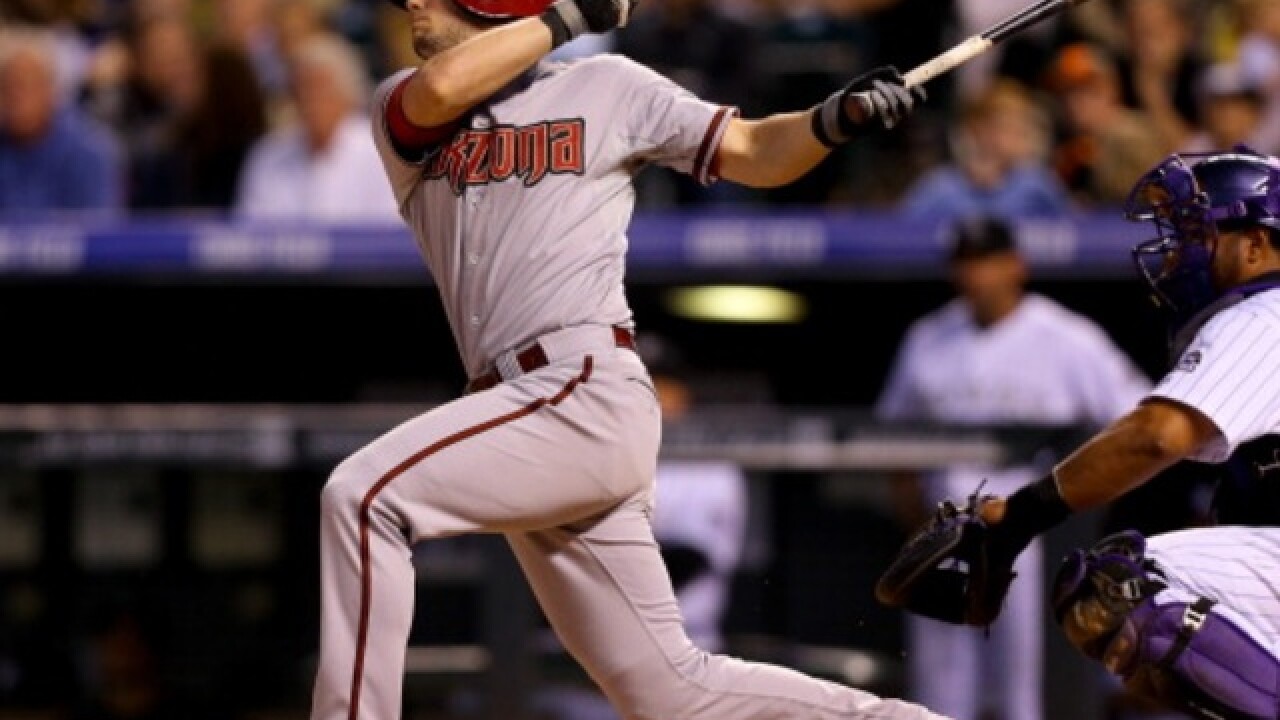 Getty Images
<p>Chris Owings #16 of the Arizona Diamondbacks hits a sacrifice fly, scoring a run in the sixth inning against the Colorado Rockies at Coors Field on June 5, 2014 in Denver, Colorado.</p>

Owings was injured in the third inning Thursday night on a long fly to the gap in right-center by Joe Panik.

Owings slid to make the catch and appeared to get hit on the head by Pollock's knee. An athletic trainer ran out to attend to Owings, who walked slowly back to the dugout to applause from the home fans.
He was replaced by Jarrod Dyson.

Owings has played multiple positions during six seasons with the Diamondbacks. He is hitting .275 with a homer and six RBIs this year.

Talked to #Dbacks Chris Owings postgame. He is doing well. No concussion.

The D-backs ended up winning the game 3-1 over the Giants.