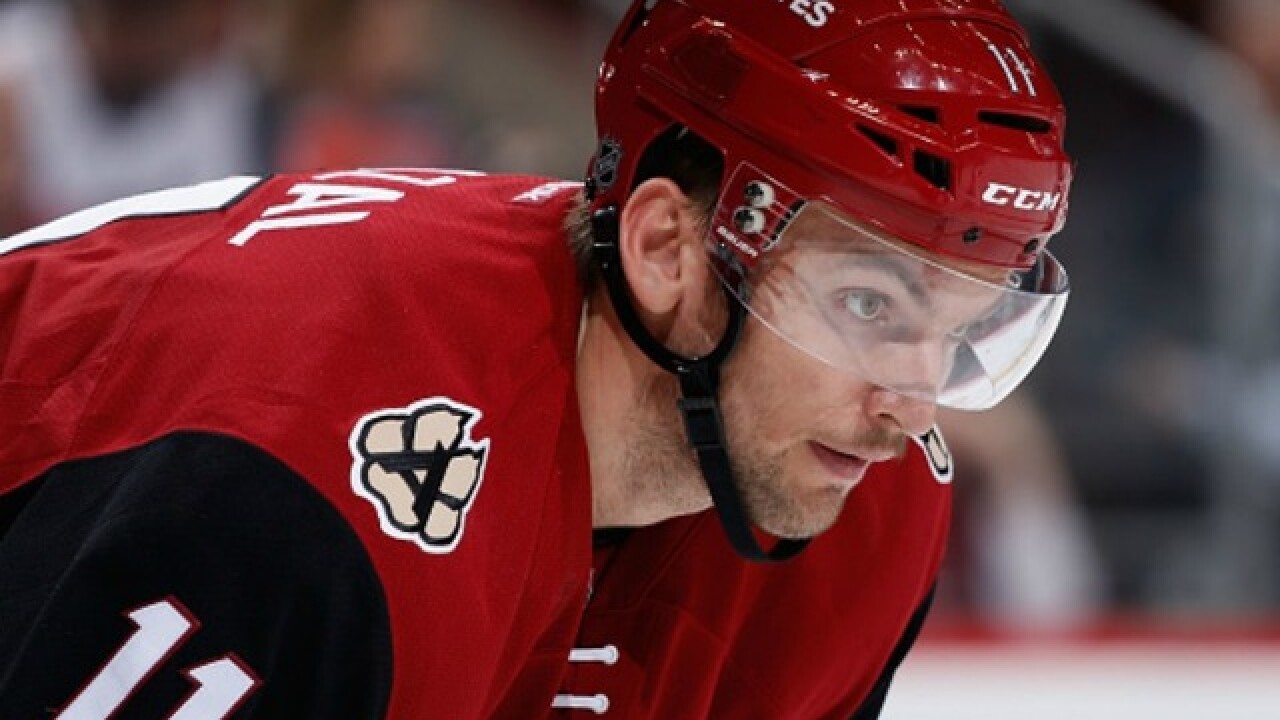 The Minnesota Wild have acquired Czech center Martin Hanzal from the Arizona Coyotes in a trade that includes several NHL draft picks.

Among active pro athletes, only Shane Doan and Larry Fitzgerald had played in the Valley longer than Hanzal, who recorded 117 goals and 196 assists during his 10 seasons in Arizona. He was selected by the Coyotes with the 17th overall pick in the 2005 NHL Entry Draft.

"On behalf of the entire organization, we would like to thank Martin for all of his contributions to the Coyotes on and off the ice over the past 10 seasons," Coyotes general manager John Chayka said. "We wish him the best of the luck in the future."

Hanzal was considered one of the top rental players available ahead of Wednesday’s NHL trade deadline. The 30-year-old pending unrestricted free agent has 16 goals and 10 assists in 51 games this season and 313 points in 608 NHL games, all with the Coyotes.

White, who turns 29 next month, has seven goals and six assists in 46 games this season for the Coyotes.

The move signals an aggressive approach from the Wild, who lead the Central Division and Western Conference.