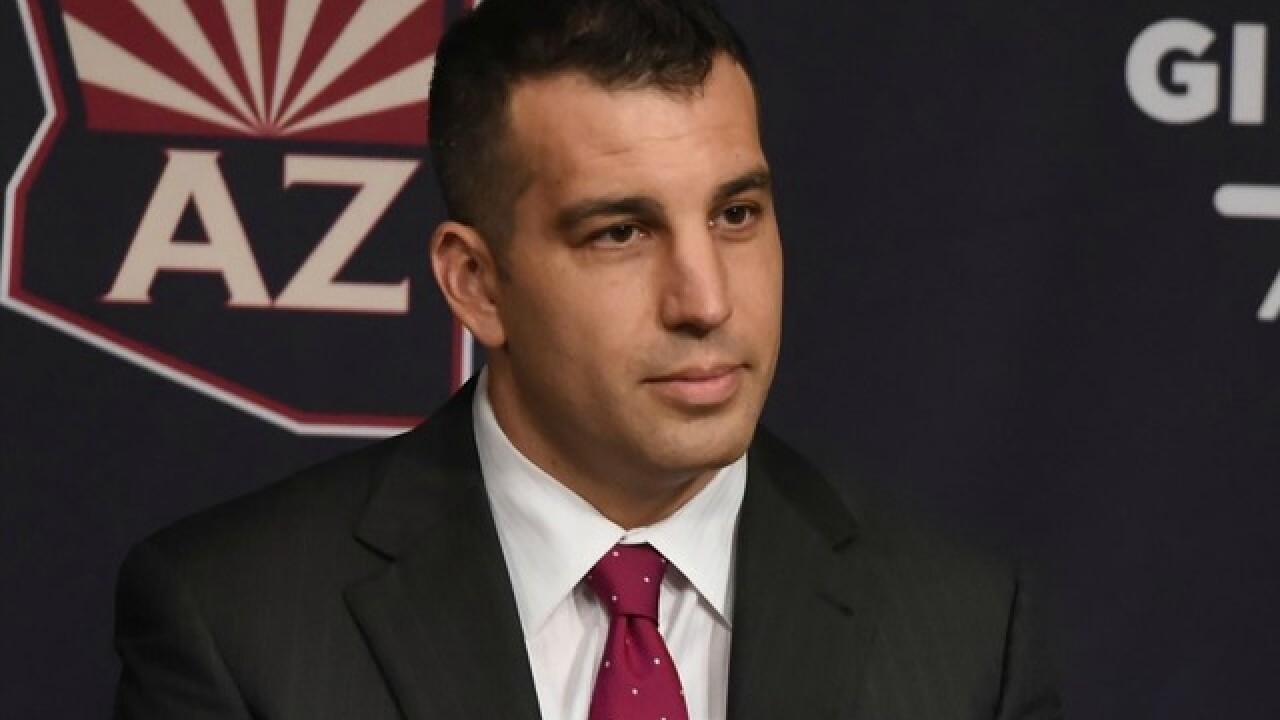 Copyright 2018 Scripps Media, Inc. All rights reserved. This material may not be published, broadcast, rewritten, or redistributed.
<p>(Photo via coyotes.com)</p>

The Arizona Coyotes have made a change at the president and CEO positions, as Ahron Cohen has been promoted to both roles, the team announced Tuesday.

Cohen will replace Steve Patterson, who took on both roles with the Coyotes last year. Cohen had served as the team's chief operating officer, chief legal officer and alternate governor.

"Ahron is a rising star in the National Hockey League and a leader in the Phoenix community. I couldn't be happier to name him as our CEO. Ahron is a tireless worker and he brings real vision to the job," Coyotes owner Andrew Barroway said in a statement. "With John Chayka running our hockey operations and Ahron leading the business, the Coyotes continue to be in great hands. I wouldn't trade our future with any team in the NHL."

Cohen attended law school at ASU and was a corporate attorney at the Phoenix office of Snell & Wilmer LLP before joining the Coyotes as the team's general counsel in 2015. He also serves on the ASU Sports Law & Business Advisory Board, the Arizona Sports & Entertainment Commission and the ASU Law School Alumni Board, and is a board member for Big Brothers Big Sisters of Central Arizona.

"I've loved every minute working with this team; for what we've achieved building the game of hockey in the Valley, for how we've positively impacted our community, and what we're poised to do in the future -- both on and off the ice," Cohen said in a statement. "I'm also thankful to Steve Patterson for his guidance. I know we'll continue to lean on Steve for his insight moving forward."

Patterson served as ASU's athletic director from 2012-13 and also had stints as general manager of the Houston Rockets, president of the Portland Trail Blazers, senior vice president of the Houston Texans and president of the American Hockey League's Houston Aeros. He was named Coyotes president and CEO in July 2017, replacing former Coyotes co-owner Anthony LeBlanc, who stepped down from both roles after Barroway bought out LeBlanc and the rest of the team's minority owners a month earlier.

The Coyotes said Patterson will continue to advise the team and will resume his role as president of Pro Sports Consulting, a title he held before joining the Coyotes.

"I thoroughly enjoyed my experience with the Coyotes. The franchise has a bright future ahead and I'm excited with the direction the club is headed. I'll be there for the team in whatever capacity I can be of service," Patterson said in a statement.