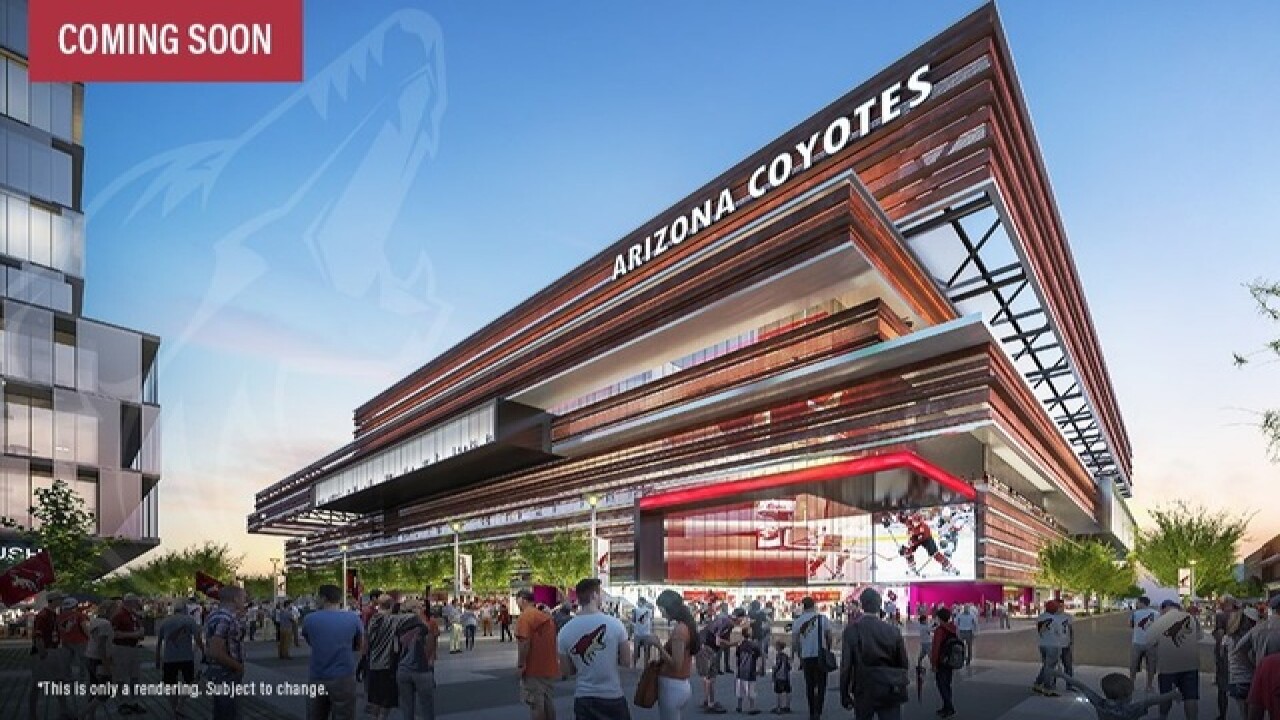 After months of speculation, the Arizona Coyotes and Arizona State University confirmed the rumors Monday: They will indeed be moving in together.

The Coyotes and Sun Devils announced plans to create a new arena venue on the site of the Karsten Golf Course in Tempe, on the northwest corner of McClintock Drive and Rio Salado Parkway, across the street from Tempe Marketplace.

The 58-acre development will include a new 16,000-seat arena for the Coyotes, a 4,000-seat venue for ASU's hockey team, which moved up to the NCAA Division I level last season, a hotel and mixed-use development.

The Coyotes announced they have entered into an exclusive agreement with Catellus Development Corporation, which is the master developer for ASU's Athletic Facilities District, to work toward the creation of the new venue.

"Originating from legislation passed by the state legislature in 2010 to create special revenue districts on land owned by state-supported universities, the district will provide financial returns to the university while delivering significant, tangible economic impact for the City of Tempe and the Valley," the Coyotes said in a statement. "Revenues generated by development in the district are dedicated for investment of ASU athletic facilities."

The Coyotes will leave their current arena, Gila River Arena in Glendale, after the conclusion of the 2018-19 season. The Coyotes have played in Glendale since the 2003-04 season, but legal differences drew a wedge between the city and Coyotes ownership, leading to the creation of a new, shortened arena lease agreement.

The Coyotes moved to the Valley in 1996 and played at what is now known as Talking Stick Resort Arena in Phoenix, home of the Suns, until 2003. But attendance for Coyotes home games has consistently been among the worst in the NHL since the team relocated to the West Valley 13 years ago.

"Over the past year we have been exhaustive in our research regarding the most optimal location for our new home in the Valley," Coyotes president and CEO Anthony LeBlanc said in a statement. "While we have tremendous fans all across the greater Phoenix metro area, not to mention the entire state, it became clear that the East Valley is home to a majority of our fans and corporate partners.

"Our fans in the West Valley have shown us tremendous support over the past 13 years, and we look forward to working with them as we transition to our new home in the future."

The agreement between the Coyotes and Catellus gives both sides until June 30 to agree on the overall budget, design and operational plan of the Tempe development. "ASU intends to invest philanthropic support for costs associated with the Sun Devil Athletics multi-sport facility," the Coyotes said in a statement.