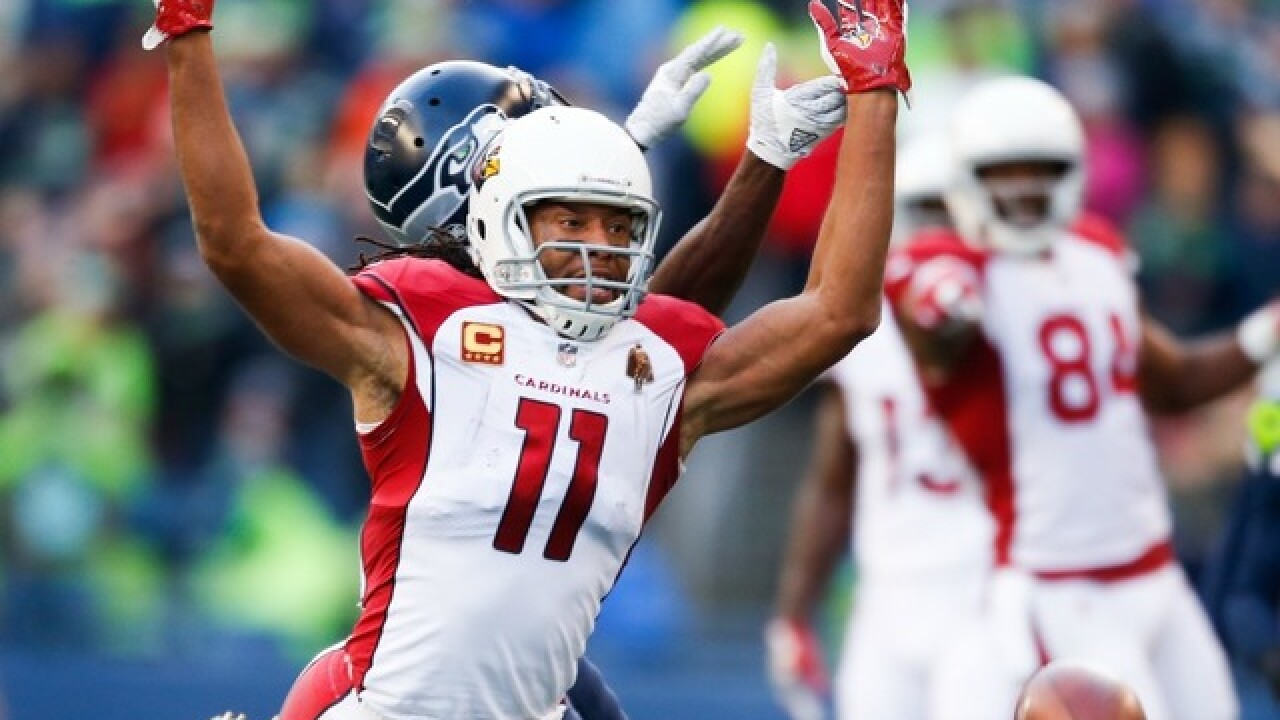 Copyright 2017 Scripps Media, Inc. All rights reserved. This material may not be published, broadcast, rewritten, or redistributed.
Otto Greule Jr
<p>Cornerback Justin Coleman #28 of the Seattle Seahawks (behind) gets called on pass interference against wide receiver Larry Fitzgerald #11 of the Arizona Cardinals in the first half of the game at CenturyLink Field on December 31, 2017 in Seattle, Washington. (Getty Images)</p>

The Arizona Cardinals have released their 2018 regular season schedule.

The Cardinals open the season at home against the Washington Redskins on September 9.

They play three of their first four games at home, split up by a road game against the Los Angeles Rams in week 2.

The Cardinals will have a week nine BYE, and close the season at Seattle on December 30.

The Cardinals’ 2018 schedule has been released and that means we all immediately face the big question: Which road game(s) do I want to travel to this year?

ABC15's Jason Snavely gives us his top picks for road games, if you're looking to take a vacation trip to see the Cardinals play this season:

Here’s a look at my top three choices…

Week 6 @ Vikings (10/14): Worth a trip to Minneapolis to check out the brand new, state-of-the-art U.S. Bank Stadium, right? Many believe it to be the best Super Bowl venue yet.

Week 11 @ Chiefs (11/11): Have you been to Kansas City? If not, you should probably consider changing that. Great city. Great BBQ. Great game day environment at Arrowhead Stadium.

Week 13 @ Packers (12/2): This one’s a no-brainer. Grab your thickest jacket, then grab a friend’s thickest jacket, bundle yourself up to where you look something like Ralphie in A Christmas Story because it’s going to be chilly. All a part of the experience though, right? Cardinals vs. Aaron Rodgers and the Packers on the frozen tundra at Lambeau Field? Well worth the frostbite.