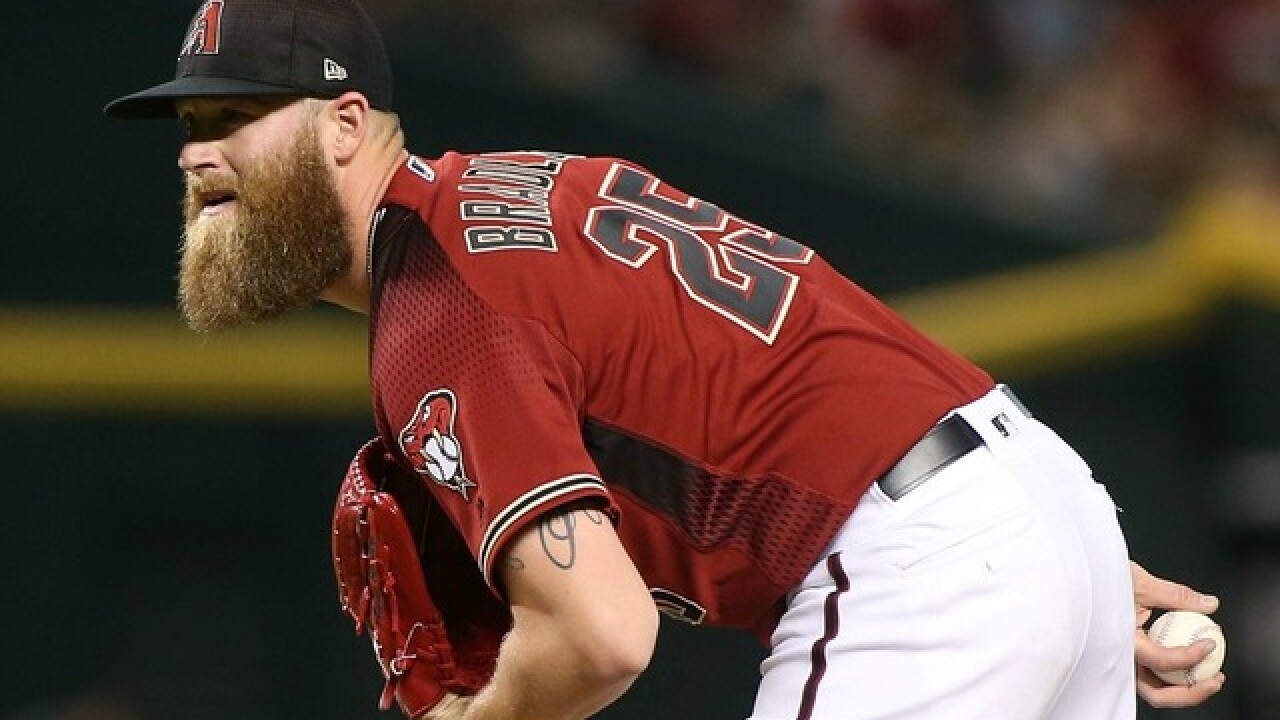 Copyright 2018 Scripps Media, Inc. All rights reserved. This material may not be published, broadcast, rewritten, or redistributed.
Ralph Freso
<p>Archie Bradley #25 of the Arizona Diamondbacks pitches against the San Diego Padres during the eighth inning of an MLB game at Chase Field on April 22, 2018 in Phoenix, Arizona. (Getty Images)</p>

Everyone has their own version of what their worst nightmare is -- but for most people, the prospect of having an accident in your pants at a highly inopportune time has to be toward the top of the list.

According to Bradley: During a home game earlier this season, he took a trip to the bathroom to do a No. 1 -- and ended up doing a No. 2 instead. To make matters worse, he was about to come into the game -- and of course, his team was wearing white pants that day.

Ironically, Bradley went into the game and pitched, in his words, a clean inning.

Here's the full transcript of the relevant portion of Bradley's interview on the Yahoo Sports MLB Podcast uploaded Tuesday. (You can listen to the interview via iTunes here beginning at about the 59:30 mark.)

I was warming up to go in a game, and I knew I had the next hitter. I knew he was on deck. And the at-bat was kind of taking a little bit, and as a bullpen guy in these big situations, I call them nervous pees, where, like, I don’t have to pee a lot, but I know I have to pee before I go in the game.

I can’t believe I’m telling you this.

And I’m like, Oh my gosh, I know I’m a pitch away from going in the game. So I’m scrambling to clean myself up. I get it cleaned up the best I can, button my pants up, and our bullpen coach Mike Fetters said, "Hey, you’re in the game." So I’m jogging into the game to pitch with poop in my pants, essentially.

I did check the mirror. (I was wearing) white pants. We’re at home. And I actually told my teammates - I stepped out of the bathroom - I was like, "Hey, am I OK? I just s*** myself.” I’m about to go into this game. And they didn’t believe me until they unfortunately saw the mess in the bathroom, because I didn’t have time (to clean it up). I was like, I gotta go into the game. And it was the most uncomfortable I’ve ever been on the mound.

And I actually had a good inning. I had a clean inning. And I walked in the dugout and I was like, “Guys, I just s*** myself before.” And then the bullpen came in, they were like, “Oh my God, you had to see this.” So, easily that moment this year (was the most embarrassing). I just felt awkward and uncomfortable, and just gross.

It’s everyone’s worst nightmare. If you want a good story, you should talk to Mark Grace. Mark Grace actually did it on the field. I’m sure you’ve heard that story. I was fortunate enough to play for him for a little bit. But that’s exactly what I thought of: Wow, I’m gonna Mark Grace this out here.

At first, I was embarrassed. After I pitched through it and didn’t give up any runs, I was like, OK, this is kind of comical now. But at first I was like, man, you give up some runs here AND you’re messed up underneath? That’s bad news.