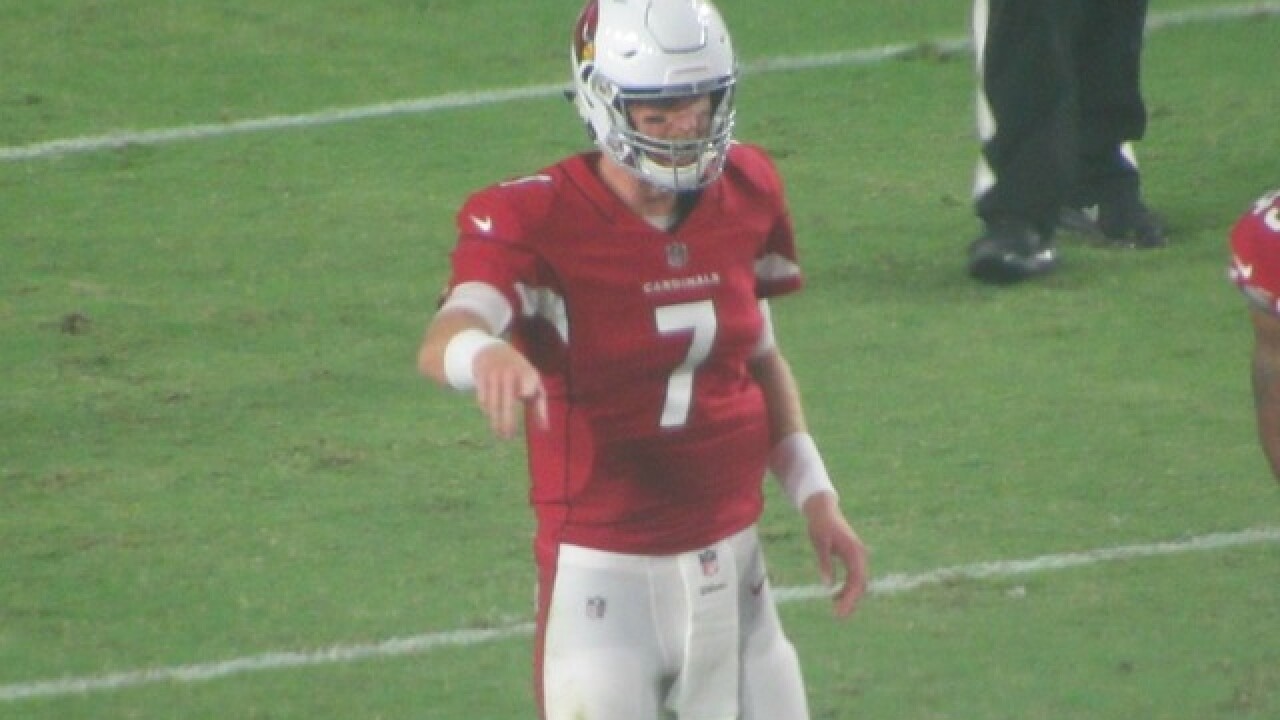 The Arizona Cardinals' third-string quarterback looked sharp in the Cards' preseason finale -- but was he auditioning for another team?

With starter Sam Bradford and backup Josh Rosen sitting out, Mike Glennon got the start under center for the Cards vs. the Denver Broncos on Thursday night. The 6-foot-6, 28-year-old Glennon played the entire first half, and he turned in possibly his best performance of the preseason, completing 8 of 10 passes for 69 yards and a touchdown.

NFL Network's Ian Rapoport reported Wednesday that the Cardinals have been listening to trade offers for Glennon.

"Now that the Cardinals have No. 10 overall pick Josh Rosen ready to hold the clipboard, though, Glennon is more of a luxury than a necessity," Chris Wesseling of NFL.com wrote.

The Cardinals signed Glennon to a 2-year, $8 million deal in March, just one year after he signed a lucrative contract with the Chicago Bears. Glennon looked to be the possible QB of the future in Chicago, but he was eventually replaced last season by rookie Mitch Trubisky.

Glennon isn't necessarily a lock to make the Cardinals' 53-man regular-season roster, which the team is required to announce by Saturday.