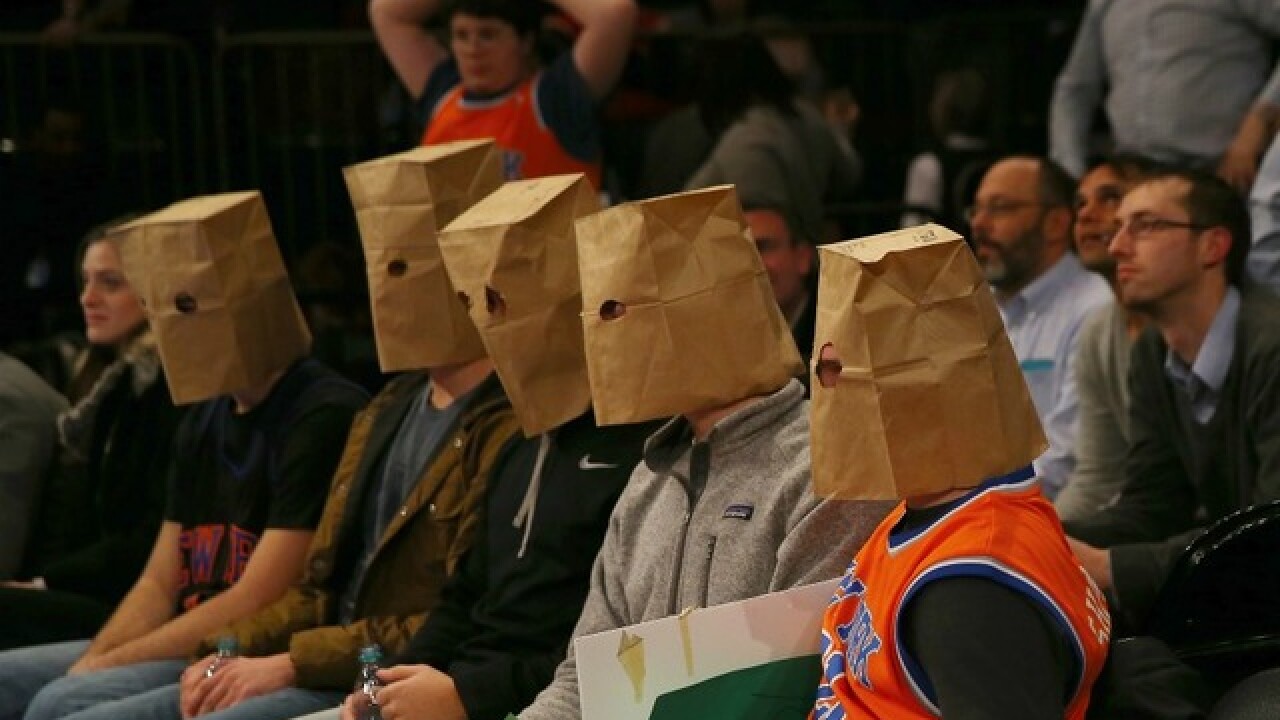 Fans of certain Valley sports teams might be able to relate to this gentleman's frustration.

A New York Knicks fan has grown so disgusted with his team that he's decided to revoke his fandom and place his NBA loyalty up for auction on eBay.

"This fanhood has (been) 33-years in the making, throwing it to the curb does not come easy, and with the many expenditures over the new fanhood stipulations, the lowest minimum reserve to buy my blood, sweat and tears for you team? You guessed it, the last year the Knicks won an NBA Championship: $1973," eBay user evanperl wrote.

Well, as of Monday afternoon, two bids have been placed on evanperl's fandom, with the highest bid at $1,998 -- which also happens to be one year before the Knicks' last trip to the NBA Finals. (The Knicks lost that series to the Spurs in five games.)

In his listing, evanperl made a number of promises to the winning bidder, including a $500 bet on his new favorite team's over/under win projection (to ensure he will always root for that team), the purchase of at least two player jerseys from that team, and the removal of his "awesome Knicks trash can, replacing it with the team of your choosing." He also promises to attend at least one home game and one road game of his new favorite team, and he will burn no less than three pieces of Knicks memorabilia.

The Knicks haven't been to the playoffs since 2013 -- which is actually three years more recent than the Suns' last postseason trip.

The auction is set to end Friday.