Blown out, Fitz hurt: 3 big takeaways from the Cardinals' loss to the Rams 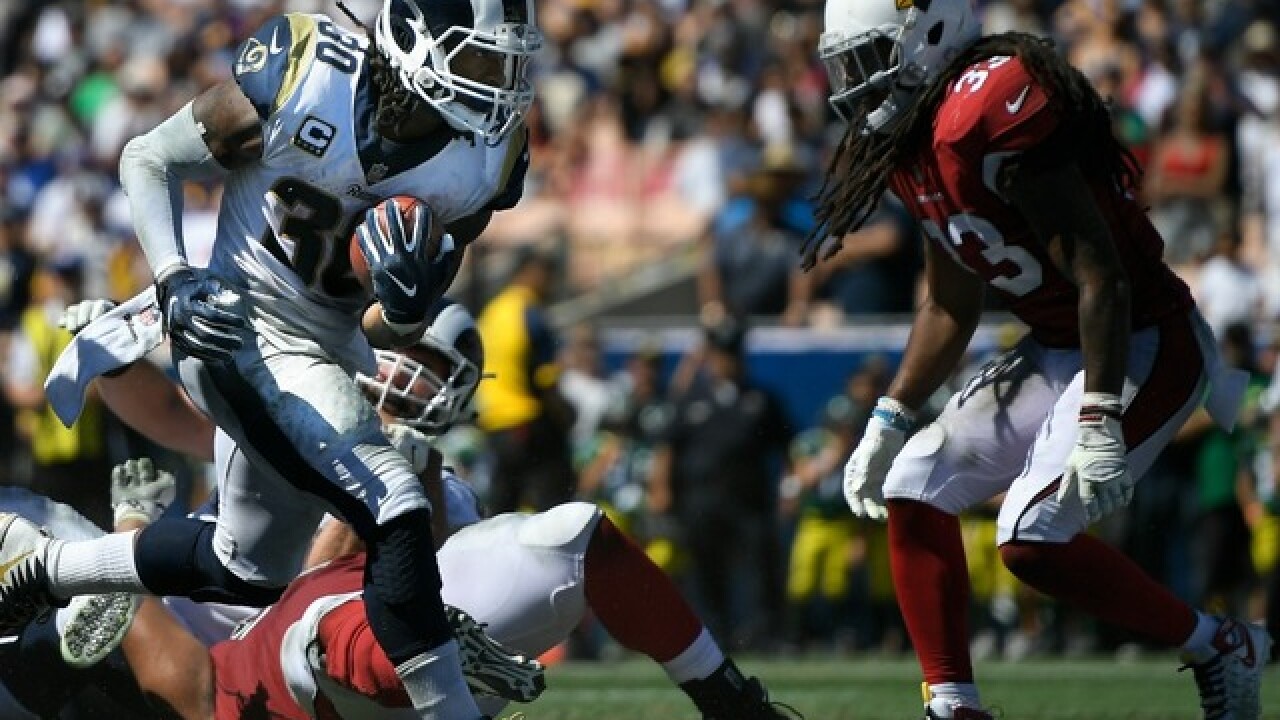 Copyright 2018 Scripps Media, Inc. All rights reserved. This material may not be published, broadcast, rewritten, or redistributed.
John McCoy
<p>Todd Gurley #30 of the Los Angeles Rams scores a touchdown in the second quarter against the Arizona Cardinals at Los Angeles Memorial Coliseum on September 16, 2018 in Los Angeles, California. (Getty Images)</p>

Rarely in the NFL does a game go exactly the way most experts and fans think it will.

But that's pretty much what happened in Los Angeles on Sunday.

The Arizona Cardinals were embarrassed for the second time in as many weeks, falling 34-0 to the host Los Angeles Rams on Sunday afternoon. The loss dropped the Cards to 0-2 on the season. The Cardinals have scored a grand total of six points this season.

Let's just get this out of the way and identify three big takeaways from the defeat.

For the second straight week, the Cardinals simply failed to move the football. They were shut out on the scoreboard by the Redskins in their season opener last weekend until very late in the game, and they were shut out for a full four quarters Sunday

Going up against possibly the best defense in the NFL, new quarterback Sam Bradford put out another poor performance, although he was playing behind an offensive line missing two of its starters. For the game, For the game, Bradford completed 17 of 27 passes for a measly 90 yards. Star running back David Johnson didn't find much room to run, rushing for 48 yards on 13 carries.

The Cardinals managed just 136 yards of total offense and five total first downs Sunday, and they didn't even manage to enter Rams territory until the final minute of the game. Ugly, ugly stuff.

Josh Rosen seen yawning on the sidelines as the Cardinals offense looks inept. Down 27-0 late 3rd quarter at the Rams. pic.twitter.com/Dpzuq06ykn

Third-year QB Jared Goff made short work of the Cardinals secondary Sunday, throwing for 354 yards and a touchdown. He did a great job of marching the Rams down the field and allowing running back Todd Gurley to finish off those drives with three short touchdown runs. Gurley also ran for a pair of two-point conversions (the Rams decided not to attempt extra points with kicker Greg Zuerlein out due to injury).

Goff's only mistake was a third-quarter throw that was intercepted by Patrick Peterson. It was a phenomenal catch and easily the brightest moment of the game for the Cardinals.

Fitzgerald seems likely to play through any kind of pain, and you have to wonder whether he would have returned if the game was closer. But the condition is worth keeping an eye on, especially for those who own Larry in their fantasy leagues. In the meantime, we can marvel at this grab made by Fitz in the third quarter -- his final reception of the game.

Larry Legend has been his prime for his whole career. @LarryFitzgerald pic.twitter.com/138sppGgrk