'I'm on the train': 10 most memorable quotes from Herm Edwards' press conference 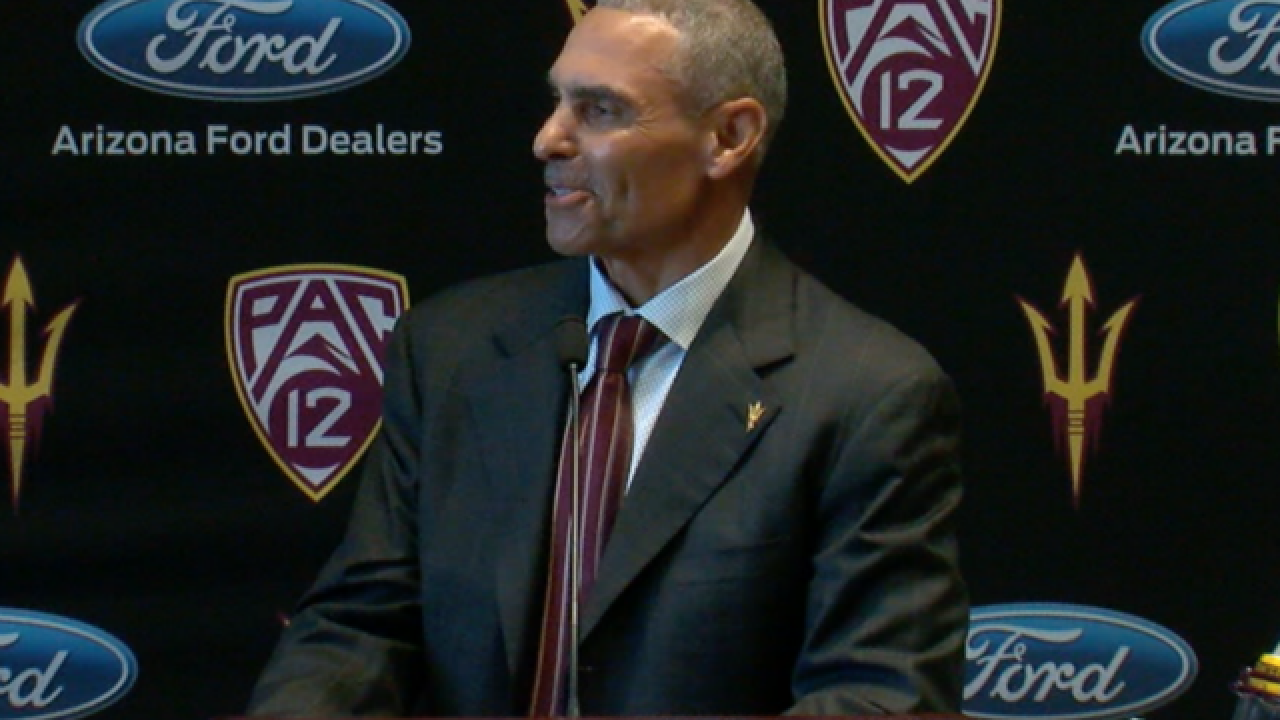 Copyright 2017 Scripps Media, Inc. All rights reserved. This material may not be published, broadcast, rewritten, or redistributed.
<p>(Jim Egbert/ABC15)</p>

But trust us: We in the media already love the man, simply because of the passion and energy he brings to his press conferences.

ASU introduced Edwards to the media Monday morning in a press conference that lasted nearly an hour. (You can watch it in its entirety here.) But if you missed it, here are 10 of Edwards' best, most inspirational quotes from Monday:

1. On attracting top-tier football players to ASU: "Why is this not the destination? Why can't it be? That's my job, to go into those homes and tell those parents: This is the place you want to send your son."

2. On leading the way for the ASU football program: "I'm on the train. And I'm gonna ride it. I will ride this train until it stops. It's not gonna stop ... If you wanna board on a little bit later, we got a seat for you. Might not be comfortable, but you'll have a seat."

4. On getting the most out of football players: "The one thing I learned a long time ago: Coaches don't give players talent; God does. It's up to us to make sure that they exhaust their talent, because when you don't, you cheat yourself."

5. On coaching with passion: "There's something that a great former player said here, Pat Tillman. He said when he talks about passion, it ignites your soul. Football ignites my soul. It makes me go. This is what I do."

7. On his familiarity with the Sun Devils: "(Former ASU coach) Frank Kush recruited me to come here as a high-school athlete. I know the traditions of this place. I did not come here; I went to Cal. I was in the Pac-8 before they called this thing the Pac-12. You think I don't have history here? I have rich history here. I have rich history on the West Coast of playing football."

9. On his age: "I know a lot of people are concerned, 'Coach, you've been out of football. You're 63 years old.' Who put a number on when you can coach football? Don't tell that to (Alabama coach) Nick Saban; he's 66."

10. On leaving a lasting legacy: "The most powerful possession you own as a person is your last name. It can't be bought. And how you live your life will tell your story."