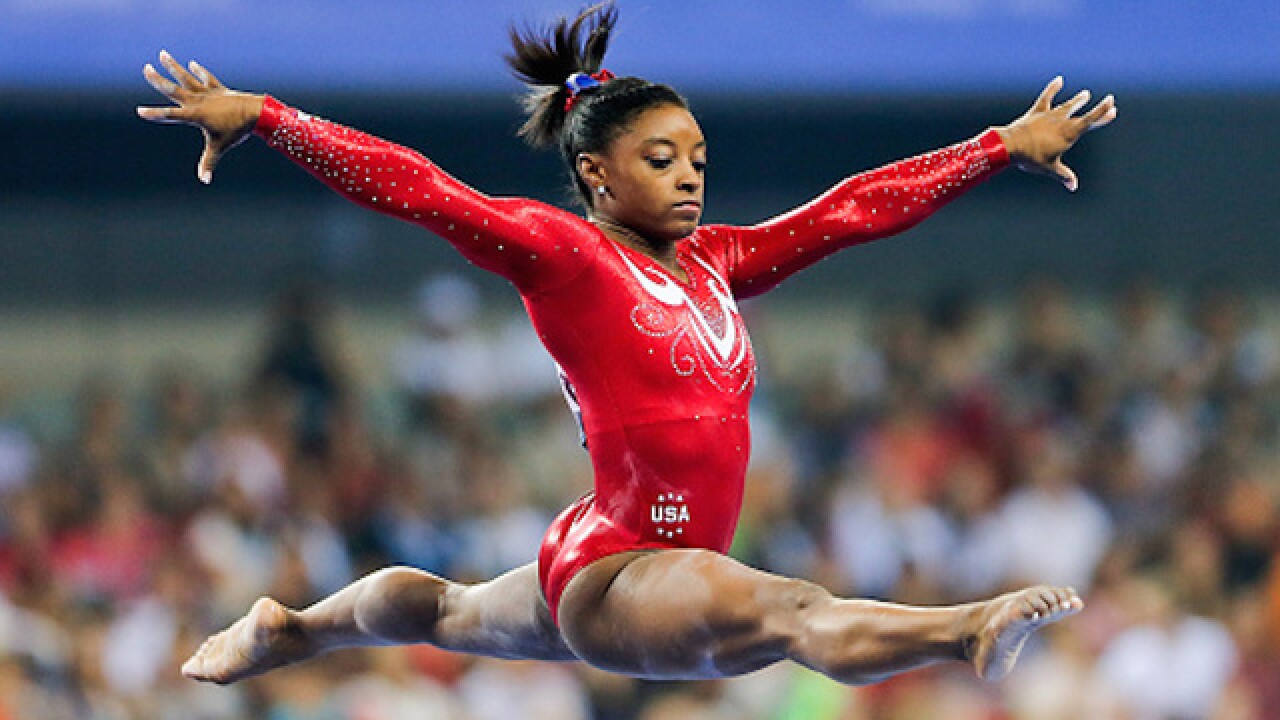 If you look up "fierce" in the dictionary, you're likely to find the U.S. women’s gymnastics team. Same goes for five-peat.

For the fifth consecutive time, the team came out on top at the world championships -- finishing almost six full points ahead of second-place Russia.

Despite some setbacks -- like 16-year-old Sunisa Lee’s fall off the balance beam and 16-year-old Grace McCallum’s pirouette error on the uneven bars -- Team USA was led to gold by 22-year-old Simone Biles.

The four-time Olympic gold medalist proved to still be unstoppable with her athleticism and incredible skill.

Over the weekend, Biles stuck not one but two signature jaw-dropping moves: the double-double dismount on the balance beam and triple-double on the floor.

Both are performances that people are still buzzing about and that the International Gymnast Federation even found controversial for the added safety risk.

There you have it, folks! 👇 @Simone_Biles successfully landed her signature double-double dismount on beam today and the element will be named the "Biles" from now on. #Stuttgart2019 pic.twitter.com/BO38BaCQ8g

The reigning World Champion @Simone_Biles and @TeamUSA have entered the floor at #Stuttgart2019.

Stay up to date on all the action right here 👉https://t.co/tJsCEnb620 pic.twitter.com/otHPVYz9gm

(MORE: Is Simone Biles’ new beam dismount too risky for others?)

TEAM FINAL WIN...
*
*
*
*
Oh, and @Simone_Biles takes the 👑 for the most decorated woman in world champs history. #Stuttgart2019 pic.twitter.com/ngDxBpfZsB

The fifth consecutive world championship win ties a record set by Romania from 1994 to 2001.

Biles will defend her women’s individual all-around title on Thursday.

And the Tokyo Olympics are now just 10 months away.