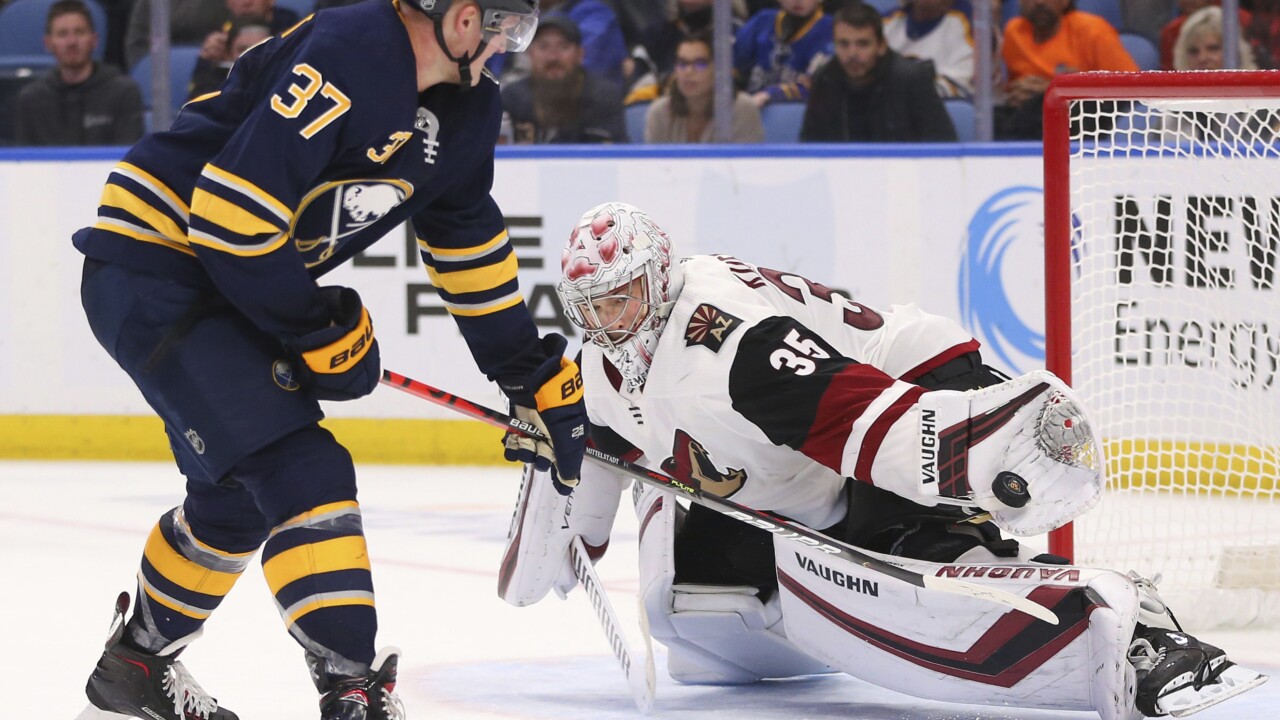 BUFFALO, NY — Nick Schmaltz scored in the shootout to help the Arizona Coyotes beat the Buffalo Sabres 3-2 on Monday night.

Conor Garland and Carl Soderberg scored in regulation for Arizona, which improved to 7-3-1. Darcy Kuemper made 24 saves and stopped all three Sabres attempts in the shootout.

Schmaltz scored the game-winner on a low shot to the glove side.

Jack Eichel and Jeff Skinner scored for Buffalo (9-2-2), which had won four of five. Carter Hutton made 41 saves.

The Coyotes dominated the last part of the game, outshooting the Sabres 30-15 over the final two periods.

Both teams had prime scoring opportunities in overtime. The Sabres hit the post twice, and Arizona's Clayton Keller nearly found himself with an empty net after Hutton mishandled the puck.

The Sabres got off to a solid start, using their speed to find openings in the offensive zone. Eichel opened the scoring with his seventh goal 3:31 into the game, ripping a hard power-play shot from the left circle after a Sabres faceoff win.

Skinner made it 2-0 when he finished a terrific give-and-go sequence. Marcus Johansson got the puck back to Skinner, who converted a one-timer for his seventh goal at 11:16.

The Coyotes got on the board just before the end of the first thanks to a bad-angle goal from Garland. Stationed near the Sabres end line, Garland snuck the puck past Hutton on the short side with 1:10 remaining.

After a series of impressive saves by Hutton in the second period, including a stop on Christian Dvorak from point-blank range, Arizona evened the score on the power play with 3:28 remaining. A tipped puck deflected high into the air, fell onto Hutton's back and went into the net. Soderberg was credited with the goal.

The Coyotes return home against Montreal on Wednesday.