Larry Fitzgerald is opposed to the rule change 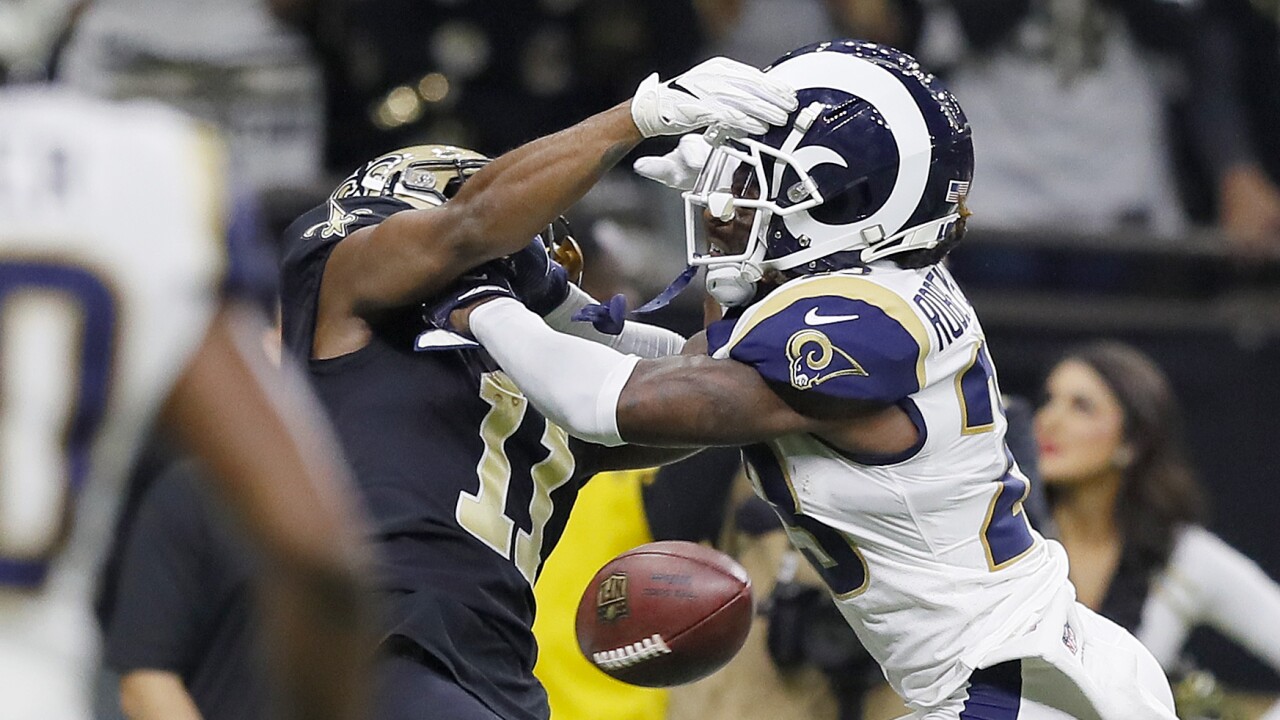 NFL owners have approved a new rule that will make all pass interference calls, and non-calls, subject to review during the 2019 season, the league confirmed Tuesday.

Next season, a called or non-called offensive or defensive pass interference penalty can be challenged by coaches during games next season, and automatic booth reviews will take effect within the last two minutes of each half. The rule change was approved for the 2019 season only.

The decision was made during the Annual League Meeting in Phoenix on Tuesday. 31 of 32 NFL team owners approved the rule change; the Cincinnati Bengals were the lone dissenter.

Full explanation of pass interference (including non-calls) being reviewable in 2019. pic.twitter.com/Y8o01Zsjoz

The rule change comes after a controversial non-call in the final seconds of the New Orleans Saints' loss to the Los Angeles Rams in January's NFC Championship Game. In that game, a Saints receiver appeared to be interfered with by a Rams defender, but no penalty was called. The decision helped pave the way for a Rams victory in overtime.

After the game, Saints owner Gayle Benson issued a strongly-worded statement in which she said her team was "unfairly deprived" of a Super Bowl appearance. Benson has since advocated for the addition of video review for pass interference calls.

Arizona Cardinals wide receiver Larry Fitzgerald is opposed to the idea of making certain penalties, and non-penalties, subject to review.

"I don't think that should happen," Fitzgerald said Tuesday morning. "The officials have a really tough job of making these split-second decisions and trying to make the right call. With some of the fastest, most explosive athletes in the world, they have to make these quick calls. I just don't think instant replay should have a role in that.

"Obviously if it's a catch or not a catch, if it's a touchdown or not a touchdown, I think those things need to be done right. But trying to go back and rule on missed calls, I think it's just too much, and it's going to slow the game down. For a fan, you don't want to be sitting at the stadium waiting 10, 12 minutes between plays. That's just too much.

The NFL also approved the expansion of automatic replay reviews for scoring plays and turnovers negated by a penalty.

After the controversial no-call in the Saints-Rams game, some have called for replay to be expanded to include certain calls (and non-calls) made by officials.

Larry Fitzgerald is not a fan of that idea. pic.twitter.com/L3XLCve6Vx