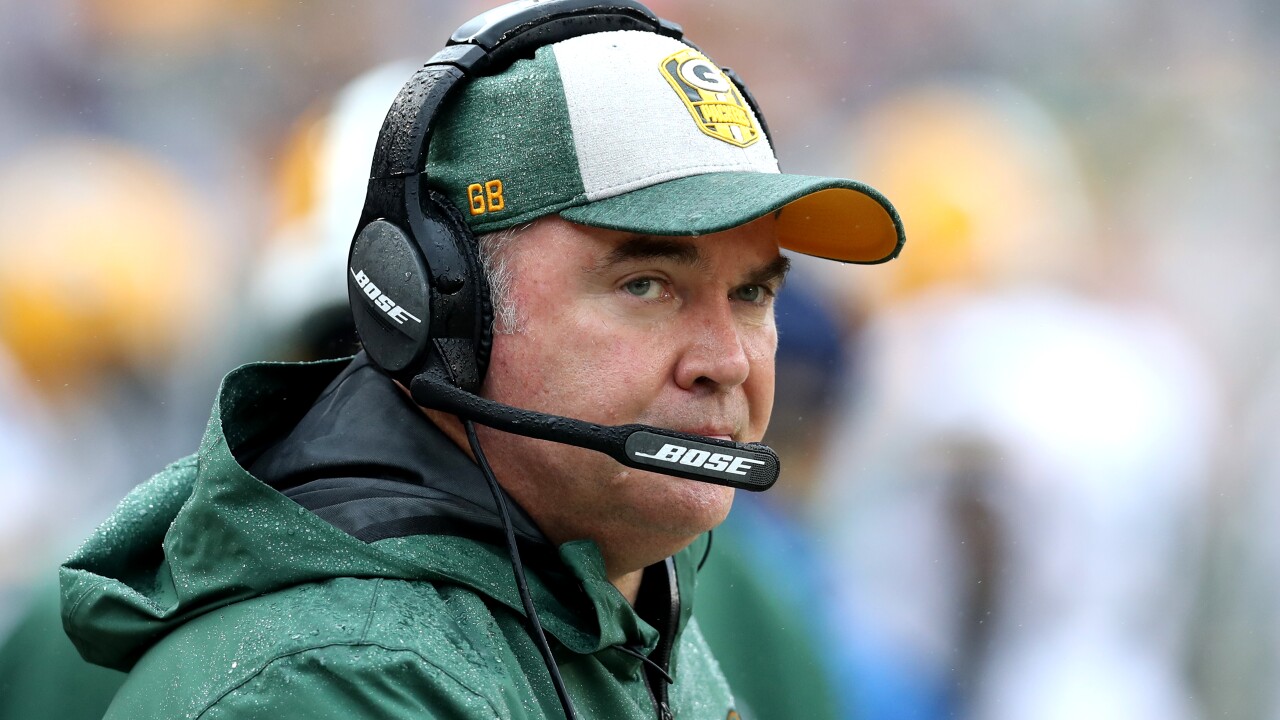 Rob Carr/Getty Images
LANDOVER, MD - SEPTEMBER 23: Mike McCarthy looks on in the second half against the Washington Redskins at FedExField on September 23, 2018 in Landover, Maryland. (Getty Images)

The Arizona Cardinals are reportedly interested in making former Green Bay Packers coach Mike McCarthy their next head coach and possibly their next general manager -- but McCarthy is reportedly likely to take a year off from football.

Per CBS Sports' Jason La Canfora, "Cardinals ownership recently reached out to Mike McCarthy, league sources said, gauging his interest in their soon-to-be-vacant head coaching job and making it clear the franchise would make sweeping changes and give McCarthy say over personnel if he was interested."

McCarthy, however, isn't likely to coach in 2019, per La Canfora. "He has a year left on his contract with the Packers and, while blind-sided by his in-season firing, loves living in Green Bay and will remain a top candidate next year," La Canfora wrote.

The report is counter to a report last week that said McCarthy and the Cardinals had mutual interest in bringing on McCarthy as head coach next season. McCarthy, who served as Packers coach since 2006, was fired after the Packers lost to the Cardinals in Green Bay in early December.

The Cardinals are reportedly likely to fire first-year head coach Steve Wilks after Arizona's final regular-season game in Seattle on Sunday. A loss would give the Cardinals a 3-13 record, which would match their worst-ever regular-season mark during their 31 seasons in Arizona.

La Canfora also reported the Cardinals might have a difficult time attracting a top-tier candidate to replace Wilks. "There is trepidation among some coaches set to interview for head coaching jobs about Cardinals rookie quarterback Josh Rosen and his ability to flourish, and the Cardinals also had to deal with trade demands from their best player, Patrick Peterson, this season," he wrote.

In February, the Cardinals announced Keim signed a contract extension that will keep him in his role as general manager through the 2022 season. He was arrested on suspicion of DUI in July and subsequently suspended for five weeks.

"With the Cardinals unlikely to attract the kind of coach who would garner personnel control, Keim is very likely to be back with the team in 2019, and he has been putting together a list of head coaching candidates," La Canfora reported.