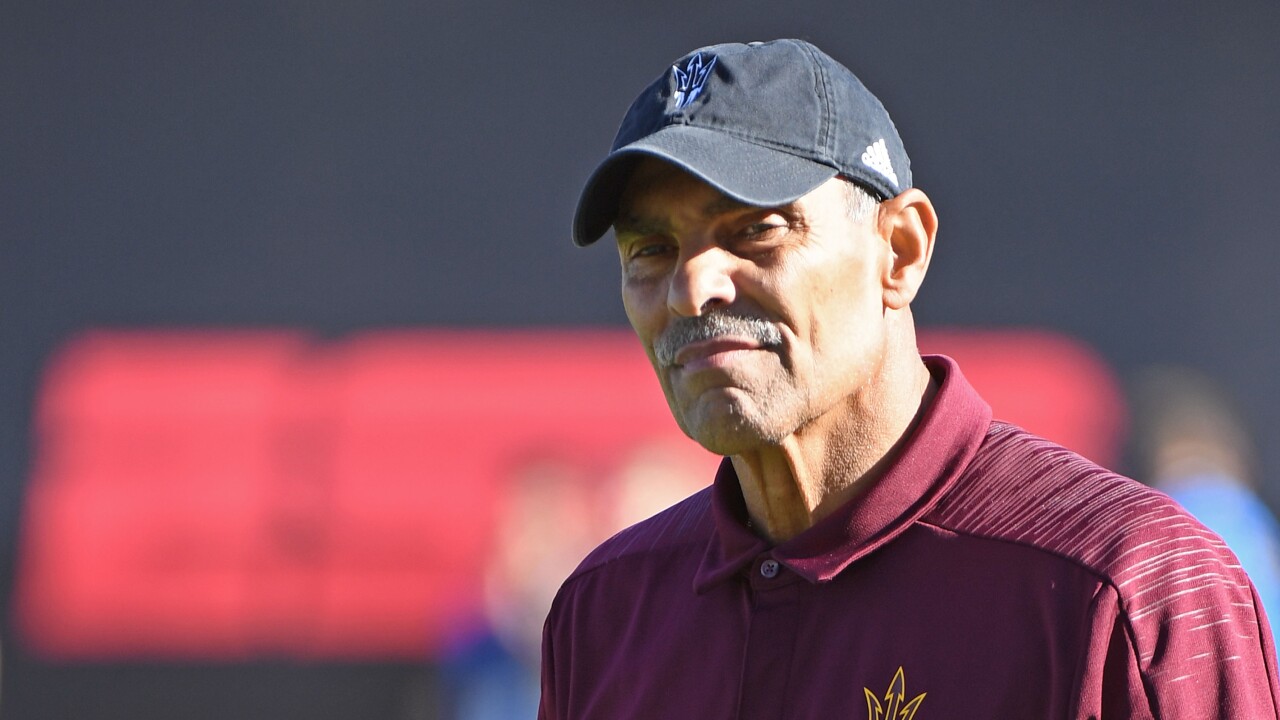 What a difference a year makes.

Going into the 2018 season, most Arizona State football fans were skeptical of the hiring of longtime NFL coach and ESPN analyst Herm Edwards, who had no head coaching experience at the college football level. But under Edwards' guidance, the Sun Devils surpassed the expectations of most experts by going 7-6 overall and 5-4 in the Pac-12, being competitive in every single game they played, earning marquee wins over ranked teams (Michigan State and Utah), and making a historic comeback to beat archrival Arizona in Tucson.

All of this has given Sun Devil fans have a renewed sense of optimism as their team prepares to open the 2019 season, beginning with Thursday night's home matchup vs. Kent State. But can ASU improve upon last year? Here are a pair of predictions from the ABC15 team.

The Sun Devils have all the tools in place to improve upon Herm Edwards' first season at the helm -- provided their true freshman QB is the real deal. Eno Benjamin is the best running back in the Pac-12. The wide receiver corps should be good enough without N'Keal Harry. The offensive line is packed with experienced seniors. The defense returns a number of top players, including reigning Pac-12 Defensive Freshman of the Year Merlin Robertson.

That just leaves Daniels who, by many accounts, is far more mature than the average true freshman. If the four-star dual-threat QB can avoid major mistakes the same way his predecessor Manny Wilkins did for most of his three years as a starter, the Devils could contend for the Pac-12 South title. The fact that ASU gets to avoid Washington and Stanford during the regular season helps, too.

Losing the offensive duo of quarterback Manny Wilkins and wide receiver N’Keal Harry is going to come with a bit of a hangover for the Arizona State Sun Devils this season. The decision from Herm Edwards to start a true rookie at quarterback in Jayden Daniels could also come with some growing pains. But an offensive line that is returning most of its players from last season, and the growth of Eno Benjamin at running back means the Devils should be one of the strongest running teams in the Pac-12.

A road game against Michigan State in Week 3 will be the first real test for Daniels and the Devils -- one that will most likely expose room for growth headed into Pac-12 play. Going 4-1 in their first five games is a reasonable goal, but the second half of the season looks much tougher. Expect the Devils to gain some momentum, but to fizzle out toward the second half of the season.