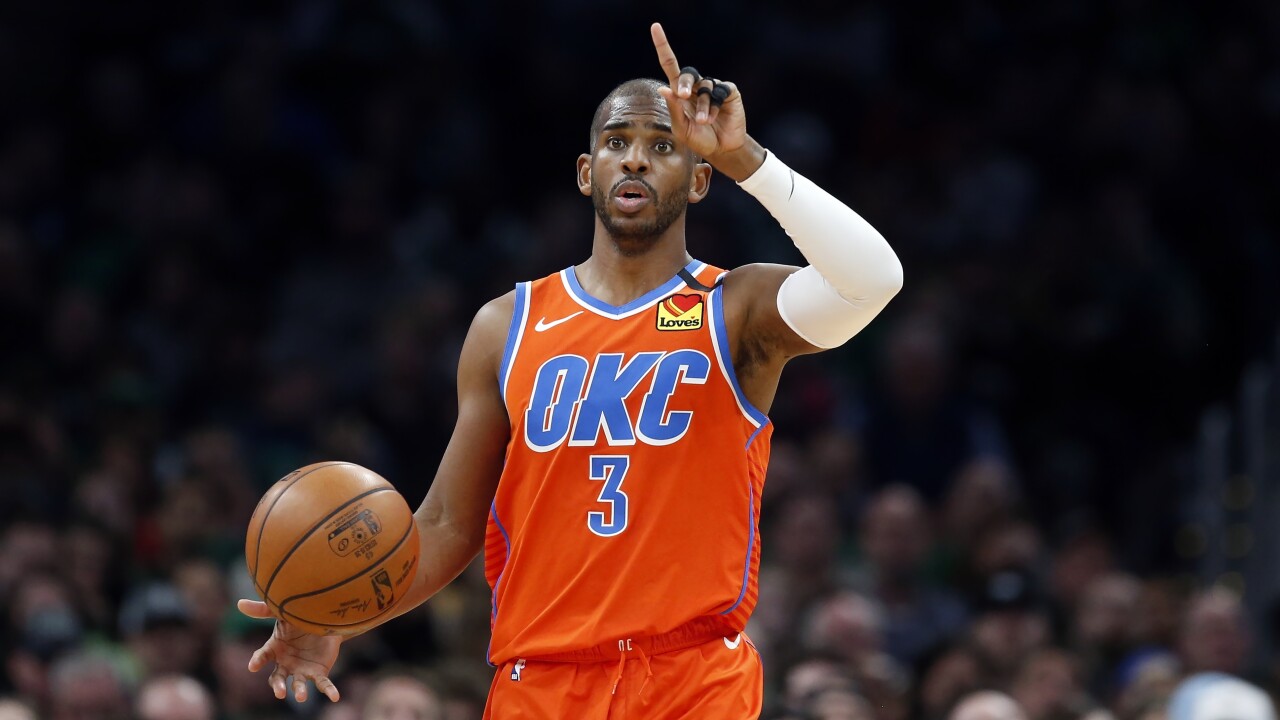 PHOENIX — The Phoenix Suns have finalized a trade to land All-Star point guard Chris Paul from the Oklahoma City Thunder.

Chris Paul is a future NBA Hall of Fame player who averaged 17.6 points per game and 6.7 assists last season with the Thunder.

“We are excited to welcome Chris Paul and Abdel Nader to Phoenix,” said General Manager James Jones. “Chris’ leadership and competitive approach to the game will have an immeasurable impact on our team. Abdel possesses all the traits on and off the court that will complement our culture.”

The move is an aggressive one by the Suns, who are hoping to carry their momentum from the NBA bubble where they went 8-0 into the upcoming season.

Oubre Jr is arguably the most valuable asset the Suns are giving up in the deal. Oubre Jr averaged 18 points and 6 rebounds per game last season but did not play in the NBA bubble because of lingering injuries.

“He is the kind of guy that changes organizations,” said Head Coach Monty Williams, somewhat prophetically, prior to the Suns-Thunder game on Jan. 31. “Everywhere he has gone, he has made everybody better. That is just who Chris is.”