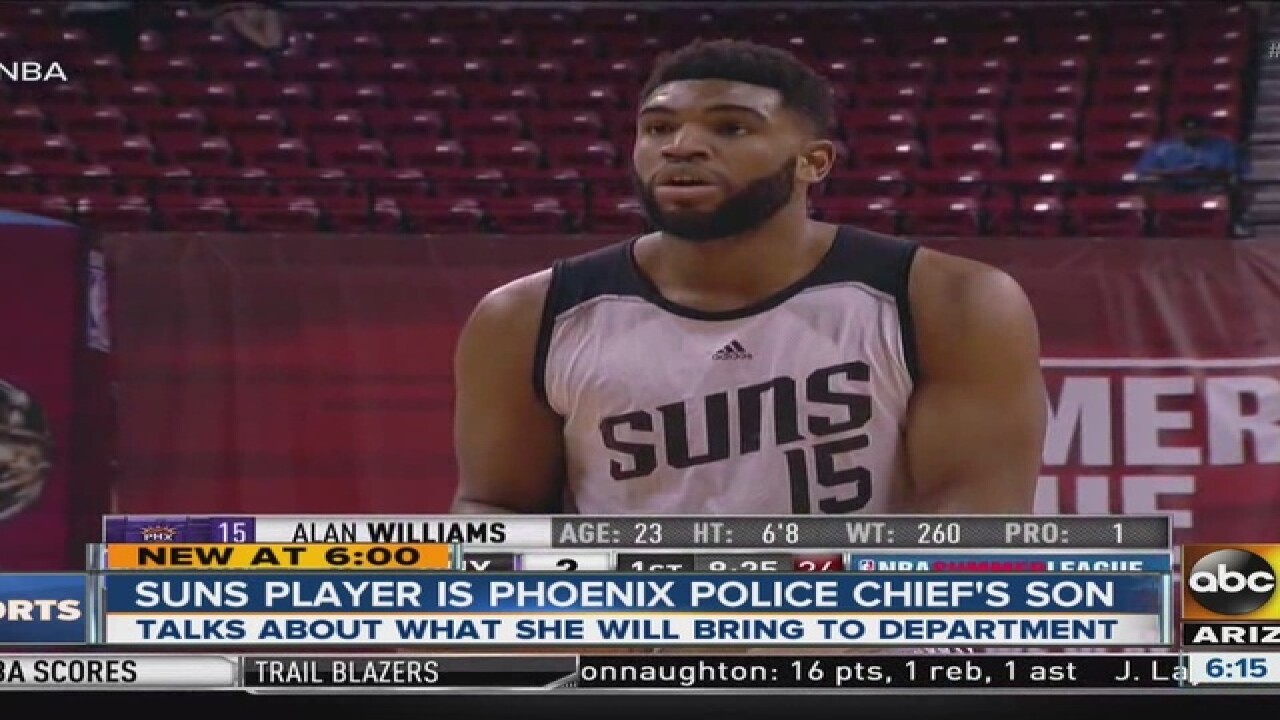 The city of Phoenix announced its new incoming police chief , Jeri Williams, on Wednesday, but her son, Alan Williams, is already a protector-- at the rim-- for the Phoenix Suns.

Williams, who went undrafted in 2015, signed with the Suns in March. He talked to ABC15 about his mother's new position.

"She's been through the ringer in Phoenix, as well as in Oxnard, she's had that chief of police experience that a lot of people don't get a chance to have," Alan Williams said. "Community and police interactions and relationships have to be really strong."

As her son continues to play in the NBA's Summer League, Jeri Williams is currently police chief in Oxnard, California. She's expected to start as police chief with the Phoenix Police Department in October.

Jeri Williams previously worked for the department in all sorts of roles from 1989 to 2011, including assistant chief from 2009 to 2011.

City officials are expected to introduce her at a presser Thursday.

Beyond proud of my mom for being named the new the new Phoenix police chief! ???? big time for the great city of Phoenix! #shesback #blessed