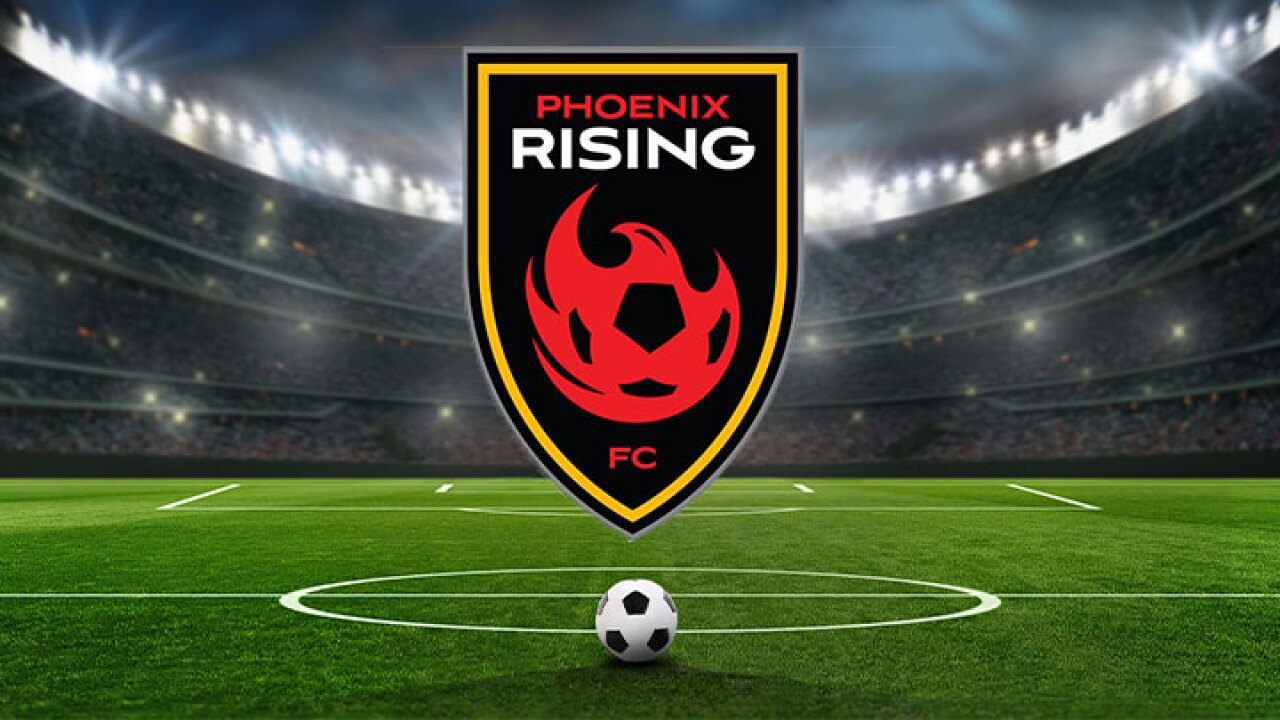 TEMPE, AZ — The Phoenix Rising Football Club has announced their 2020 regular season schedule, and there are plenty of games for fans to catch out either in Tempe or from the comfort of their own homes.

After falling to Real Monarchs SLC in the USL Western Conference Semifinals, the Rising finished out last season with a 24-4-6 record for 2019.

The Rising kick off with preseason games starting on Saturday, Feb. 15, when they take on the Columbus Crew at home at Casino Arizona Field. They'll face off against the Portland Timbers 2 in their home opener on Sunday, March 7.

The best part for fans headed to Tempe? There are six Friday night home games during the season, which means six possible Dollar Beer Nights at Casino Arizona Field!

And if you can't make it out to catch a game, you can tune in to catch all the action live on CW61 Arizona!

See the full schedule below. Dates and opponents listed in bold are home games, and all matches air at 7:30 p.m. Arizona time unless otherwise noted.

The club also announced its schedule on social media, with a video of AJ Cochran, Adam Jahn, and some fans by drawing their opponents logos.

It's our 2020 regular season schedule!