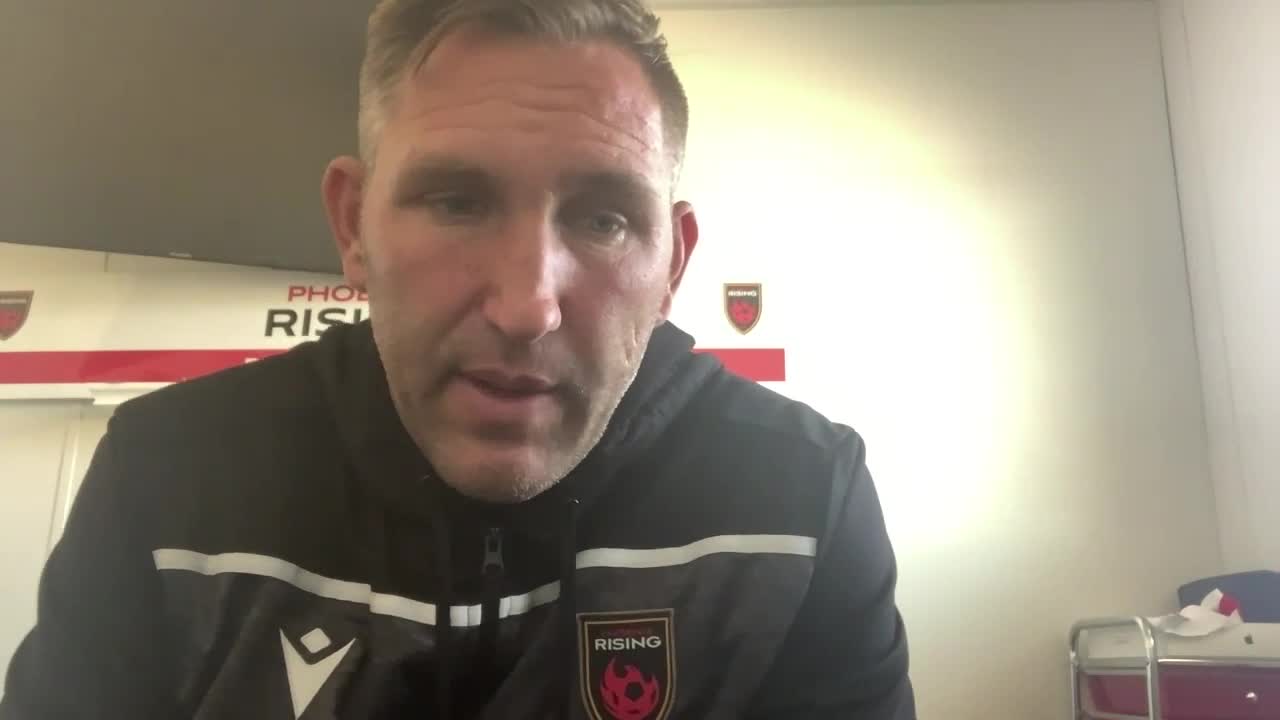 Phoenix Rising coach speaks to ABC15 after one of the team's players was accused of using a homophobic slur. 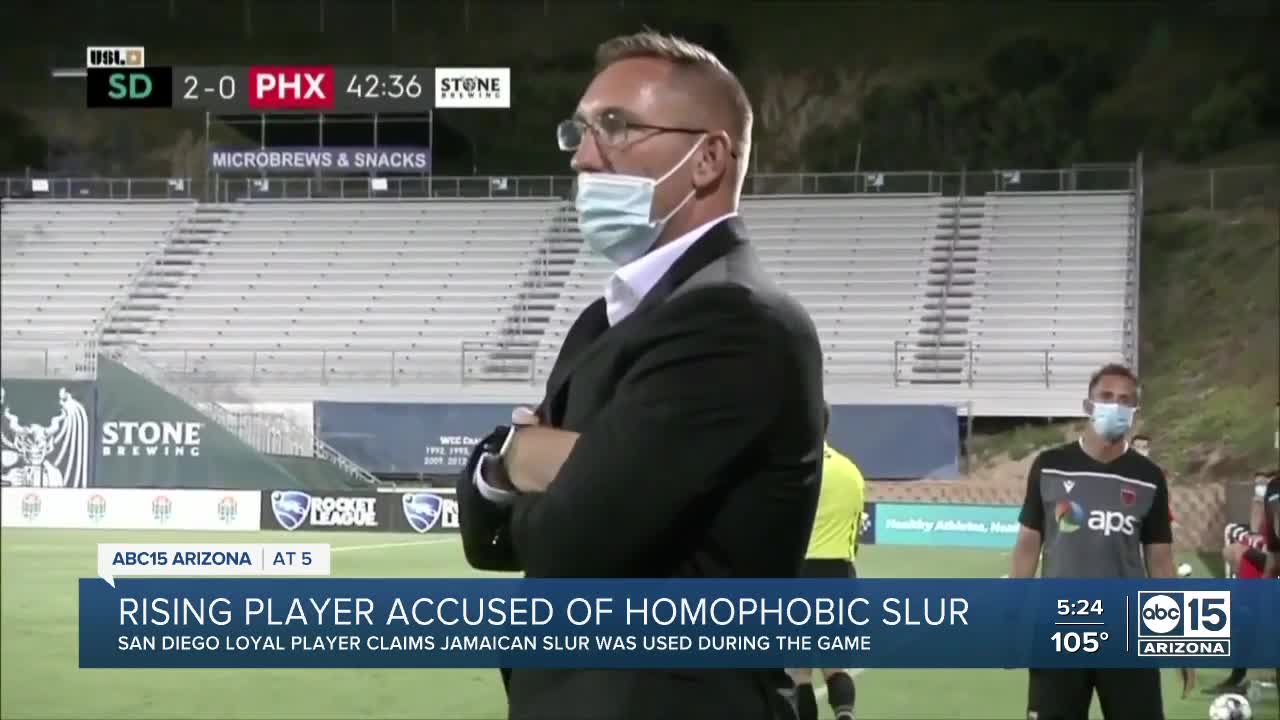 PHOENIX — Phoenix Rising Head Coach Rick Schantz spoke to ABC15 Thursday after one of his players was accused of using a homophobic slur during a match Wednesday night.

During the match, Phoenix Rising forward Junior Flemmings was accused of using a homophobic slur directed toward San Diego Loyal player Collin Martin, who in 2018 announced he was gay. The Loyal team eventually chose to forfeit the rest of the match in protest against the alleged incident.

"What I said has been misconstrued in a way that makes me seem like I don’t care about the LGBTQ community, which is the farthest thing from the truth," said Schantz in response to his now-viral moment with Donovan. "I said something along the lines of, ‘How long have you been in soccer? How long have you been a part of soccer?’”

Watch our full interview in the player above.

In a statement on Twitter, Schantz said he was referring to Donovan's behavior on the field.

Schantz also added that Flemmings told him multiple times that he did not say the derogatory slur.

"It was an immediate, in-the-heat-of-the-moment reaction to support my player," said Schantz. "For him to still deny it, and to look me in the eye and deny it, I felt as if I had no other choice than to support him. I don't think there should be homophobic slurs in any sport. It's not part of soccer at all.”

“At no point did I say a homophobic slur toward Collin Martin… I am disappointed by San Diego’s actions this evening as I have been mauled and ridiculed online with no opportunity to defend myself. I stand in solidarity with the LGBTQ+ movement.”

Phoenix Rising said afterward that the team is investigating the incident.

Thursday night, the team announced both Junior Flemmings and Head Coach Rick Schantz will be taking an administrative leave.

It is unclear when Schantz will return.