Lefty couldn't get back into his room 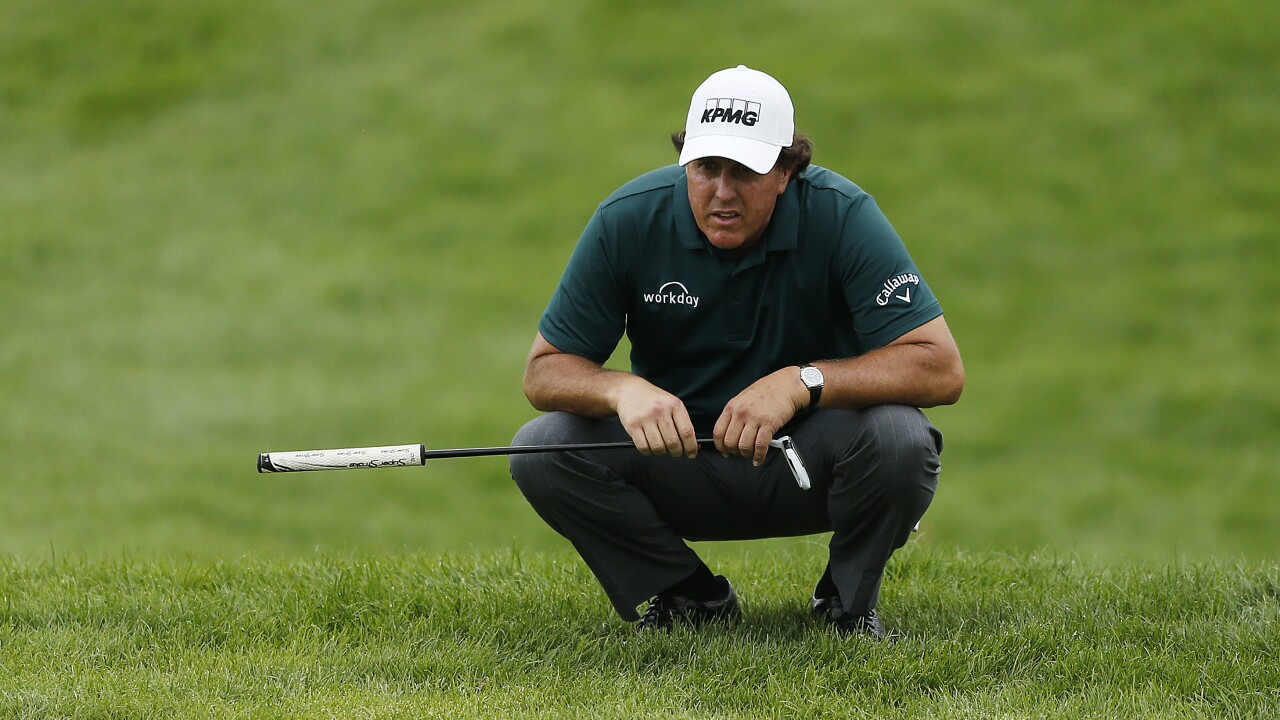 Michael Reaves/Getty Images
Phil Mickelson of the United States looks over a putt on the 12th green during the second round of the 3M Open at TPC Twin Cities on July 05, 2019 in Blaine, Minnesota. (Getty Images)

Phil Mickelson has had a rough go on the golf course of late -- but on Sunday, his problems went well beyond the links.

Fortunately, the ASU alum's sense of humor is still in tact.

Mickelson tweeted that he nearly missed his tee time at the final round of the BMW Championship in Illinois on Sunday after his hotel was struck by lightning, leading to a fire. He said his hotel was promptly evacuated, and he couldn't get back into his room for a lengthy amount of time in order to retrieve his golf gear.

How’s this for crazy? My hotel was struck by lighting, I was on top floor,we were evacuated and the place is on fire(only thing of mine on fire this week.) I can’t get back into my room and may miss my tee time because I am without clubs and clothes.

ESPN's Bob Harig reported Mickelson was eventually able to return to his room and arrived at the golf course less than 40 minutes before his tee time. Mickelson had to change his shoes in the parking lot and only had time for a few practice swings. He was sitting at 4-under par for the tournament and even par for the day through 12 holes Sunday.

Mickelson made light of the situation on social media.

EMT’s were awesome! I’m going to make it. Turns out my clubs acted as a fire retardant. Lucky me🤗

Last month, Mickelson said he consumed nothing but water and a special coffee blend for six straight days in an effort to get his golf game back on track ahead of the Open Championship in Northern Ireland. It didn't work, as Mickelson failed to make the cut at the tournament.