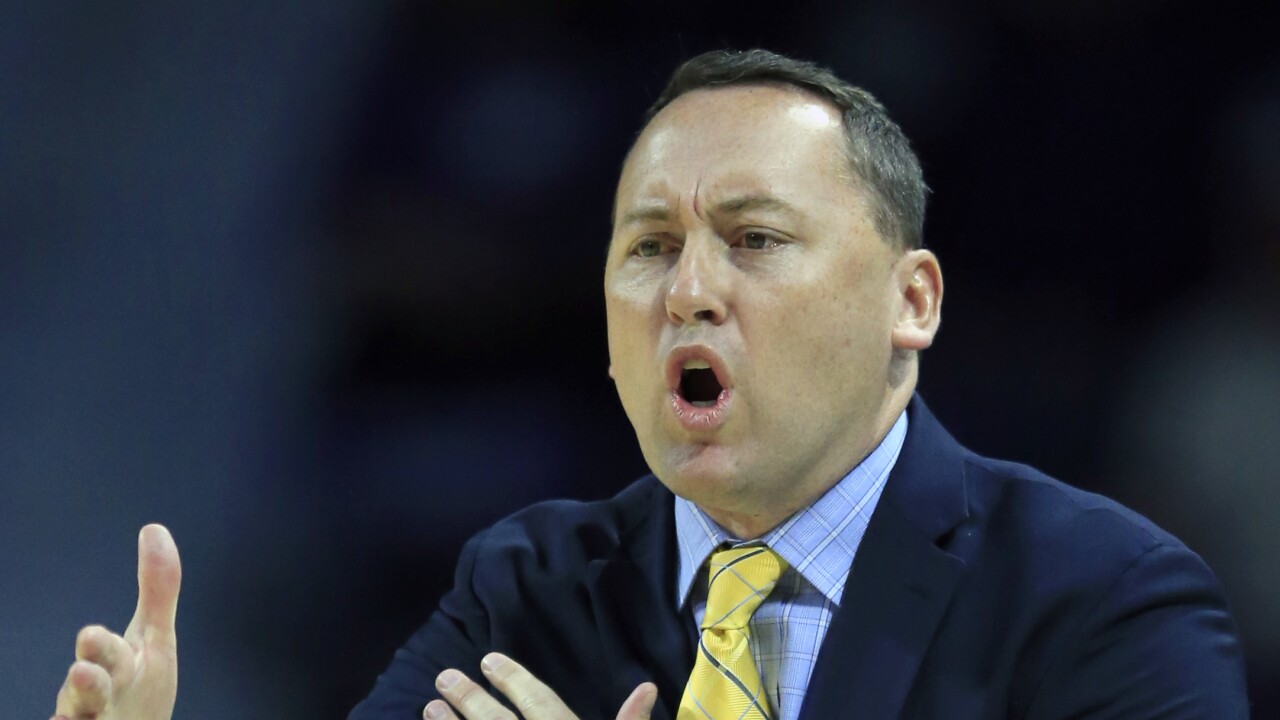 (Copyright 2020 The Associated Press. All rights reserved. This material may not be published, broadcast, rewritten or redistributed.)
Orlin Wagner/AP
FILE - In this Nov. 20, 2017, file photo, Northern Arizona head coach Jack Murphy directs his team during the first half of an NCAA college basketball game against Kansas State, in Manhattan, Kan. The top programs in college basketball have state-of-the-art practice facilities and play in arenas that would make some pro teams jealous. At the low end of Division I basketball, the workout rooms can be a haphazard array of random weights and the gym of the bandbox variety, often not even on campus. (AP Photo/Orlin Wagner, File)

"It's very exciting to welcome back Jack Murphy and his family to the University of Arizona," Arizona coach Sean Miller said in a statement Sunday. "Jack combines invaluable head coaching experience, recruiting at the national level of college basketball, and an NBA pedigree. More importantly, Jack brings a love for Arizona Basketball and our community like no one that I have met in coaching. He is a tremendous person, a caring family man, and an outstanding coach. All of us in our program look forward to working with him as we prepare for an exciting year ahead."

Murphy spent the past seven seasons as Northern Arizona's coach, but was entering the final year of his contract.

The Lumberjacks set a school record with 23 wins in 2014-15 before injuries started to take a huge toll.

Northern Arizona won 19 combined games over three seasons from 2015-18 before taking a step forward with 10 wins last season. He went 78-149 in Flagstaff.

Shane Burcar will serve as NAU's interim coaching heading into next season. Northern Arizona plays at Arizona on Nov. 6.

Murphy graduated from Arizona and started his coaching career as a student manager under Lute Olson. He went on to server a variety of positions at Arizona from 1998-2006 before becoming an assistant coach under former Arizona player Josh Pastner at Memphis.

"I am very excited to be back at the University of Arizona," Murphy said. "The great part about Arizona Basketball is that you never leave the family. You're just returning home after a long vacation to get to work to help Coach Miller achieve all the goals he has set for Arizona. I just can't wait to get started.