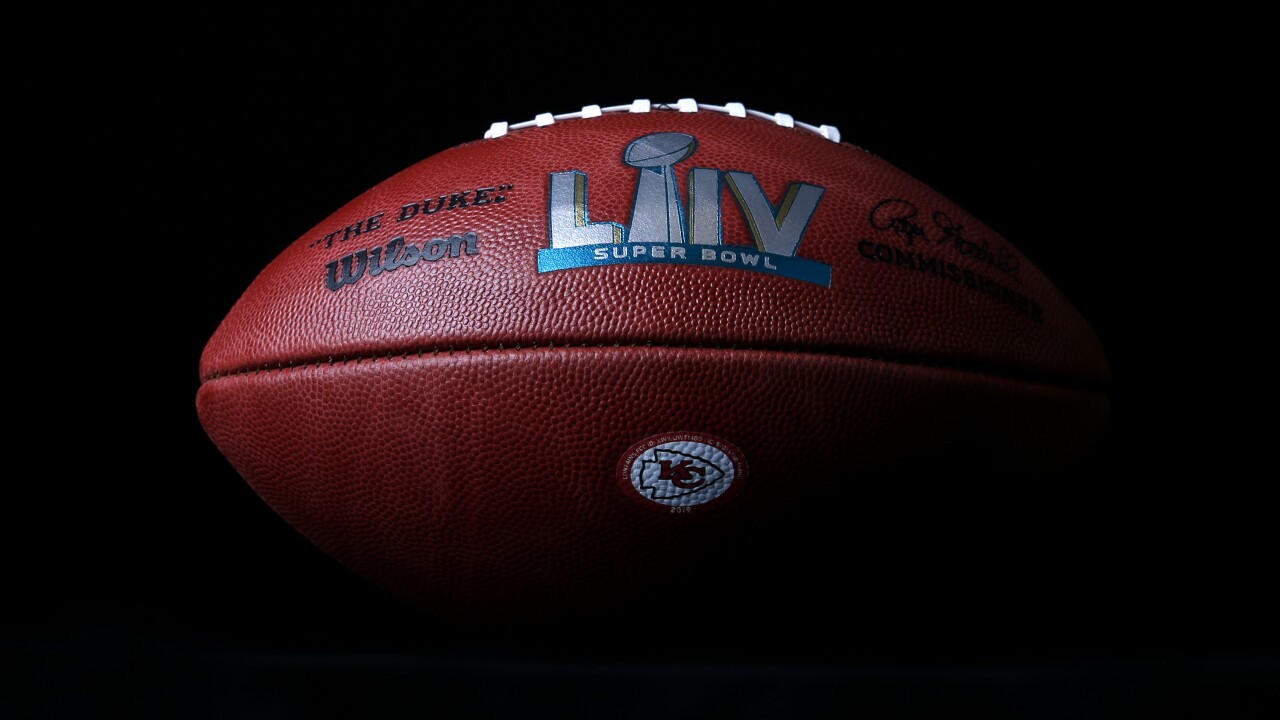 Copyright 2020 The Associated Press. All rights reserved.
Ron Schwane/AP
An official ball for the NFL Super Bowl LIV football game with the Kansas City Chiefs logo that was made at the Wilson Sporting Goods Co. in Ada, Ohio, Monday, Jan. 20, 2020. The Kansas City Chiefs will play the San Francisco 49ers in the Super Bowl LIV on Feb. 2, in Miami. (AP Photo/Ron Schwane)

The NFL announced on Tuesday that the number of teams that will qualify for the playoffs will expand from 12 to 14, which will also increase the number of Wild Card Round games from four to six.

NFL owners and the Players Association came to the agreement on Tuesday, which will go into effect this season.

The format will mean that only the top team in each conference will earn a bye into the Divisional Round. The six division winners will then play the six wild card teams.

The new format marks the first time the NFL has expanded the playoffs since 1990, when the league increased the number of teams that qualified from 10 to 12.

Had this year's format been in place in 2019, the Pittsburgh Steelers and Los Angeles Rams would have earned playoff bids.