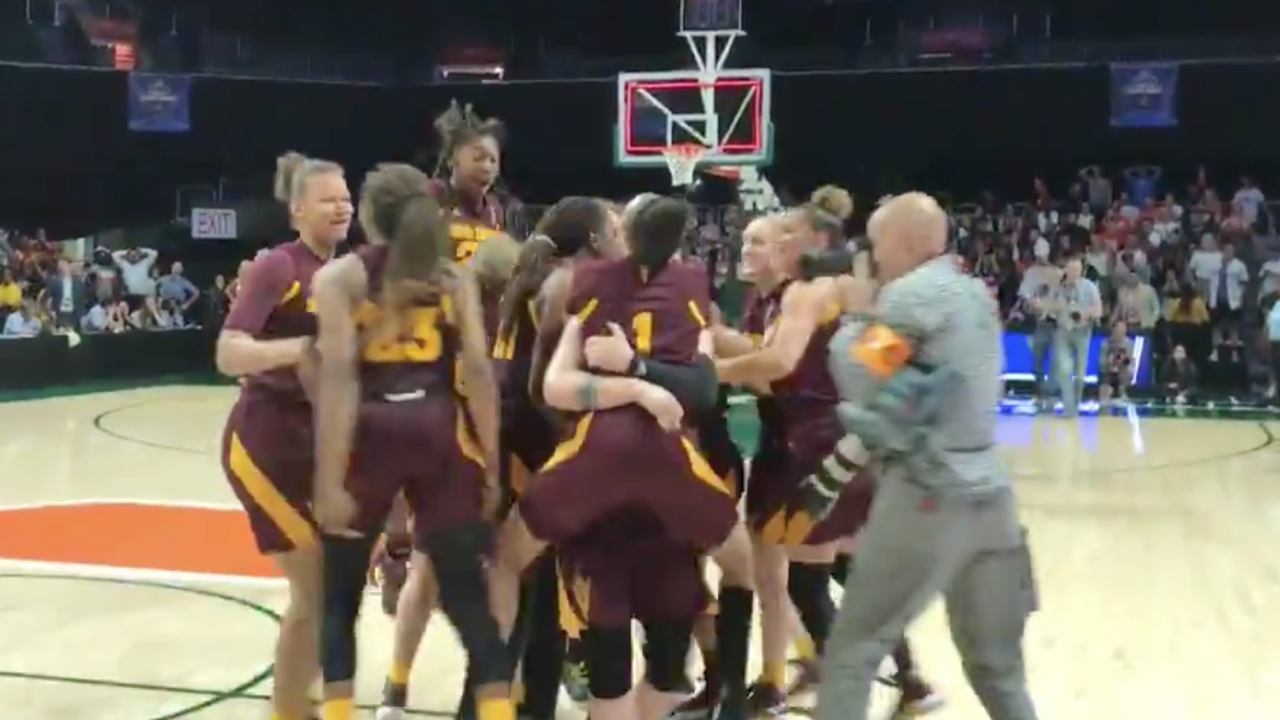 CORAL GABLES, FLORIDA — Robbi Ryan's free throws with 5.0 seconds left off a Hurricanes turnover put Arizona State ahead to stay, and the fifth-seeded Sun Devils ousted fourth-seeded Miami 57-55 in a second-round Portland Region game on Sunday night to earn their first Sweet Sixteen appearance in the NCAA Tournament since 2015.

Arizona State (22-10) was down by as many as eight in the second half, and survived a game where it shot 35 percent. Jamie Ruden came off the bench to score a team-best 10 for the Sun Devils. Laura Cornelius scored 15 for Miami (25-9), which was looking for its first Sweet 16 berth since 1992.

Arizona State had two shots for the lead -- one a 3-pointer by Ryan, the other a putback try by Sophia Elenga -- miss, and Miami grabbed the rebound of the second of those with 10.2 seconds remaining. But the Hurricanes turned it over on the inbounds pass, and Ryan wound up making a pair of free throws that proved to be the deciding points.

Miami's last chance went to senior Emese Hof, who got a good look and had her final attempt from the right block bounce off the rim as time expired.

Check out the final seconds of @SunDevilWBB’s win over Miami to advance to the Sweet Sixteen! pic.twitter.com/7b2xgakmA5

TFW when you are still dancing 💃💃💃 pic.twitter.com/DpNrgeiSV0

Arizona State started quickly, running out to a 9-2 lead and stayed out front for much of the first half. But the Sun Devils went into the break down 28-26 after Endia Banks' jumper for Miami with 16 seconds left in the half. And that wasn't their only issue. Starting center Charnea Johnson-Chapman was fouled and came down hard on her left elbow with 0.9 seconds left in the half. She wasn't able to take the free throws, Ruden came on and missed both, and the deficit stayed two going into intermission. Meanwhile, Miami's defense helped extend the lead a bit to open the third.

The Hurricanes held Arizona State scoreless for the first 4:08 of the third quarter, pushing the lead out to 34-26 before Courtney Ekmark's 3-pointer ended the Sun Devils' drought.

ASU will face top-seeded Mississippi State in a Sweet Sixteen matchup on Friday.