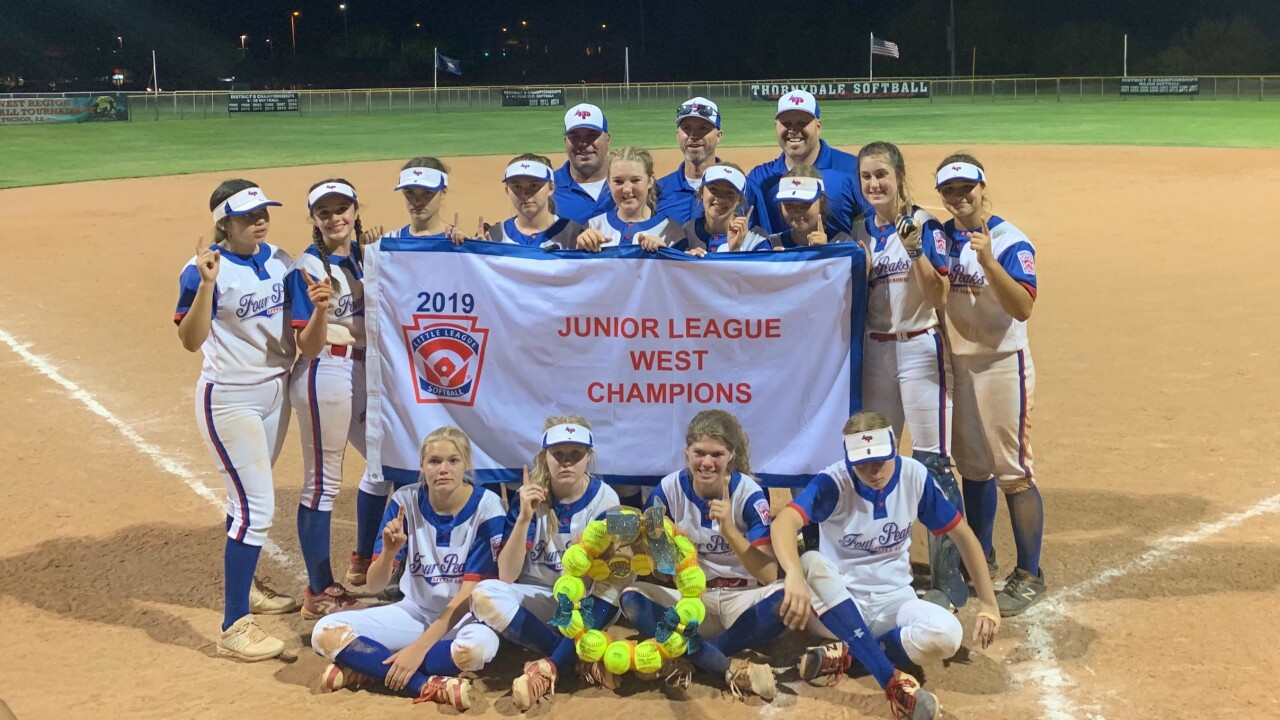 Coach Phil Lamoreaux didn't expect his girls to get this far, but he's happy to go along for the ride.

The Four Peaks Junior League team is comprised of 13- and 14-year-old girls. The team won the District 7 and state tournaments to advance to the JLSB West Regional finals in Tucson, and went on to defeat a Junior League club from Cedar City, Utah by a score of 15-9 on Wednesday to punch its ticket to the World Series in Kirkland, Washington. Its first World Series game will take place Sunday at 9 a.m. and will be televised on ESPN+.

The team is one of many softball and baseball teams under the Four Peaks Little League umbrella. The league is headed by former MLB pitcher Russ Ortiz, a Mesa resident who played for the Arizona Diamondbacks from 2005-06.

"This is a big deal for us," said Ortiz, who's wrapping up his first year as league president. "I love to see the league in the area we’re in be a great, great league. What we did this year as a league is set out to make sure our coaches trained and taught the kids both baseball and softball as best they can to make them better. They did it in a fun and creative way, and created bigger and better competition. I think we did a good job with that."

Lamoreaux, who has coached some of his players for five-plus years, said his girls take a team-first approach.

"These girls, they all help each other out. It’s like a big family," he said. "They work hard together. They have each other’s back. There’s no girl that has to be the star; they all cheer for each other."

The JLSB World Series is comprised of 10 teams -- six from across the United States, along with four international clubs.

"If this team plays their best, I think we’re competitive with most everybody," Lamoreaux said about his team's chances to take home a World Series title. "We have a lot of girls that can hit the ball really hard. I think if we go have a good time and see if we can win a few games, I think that’ll be a great experience for the girls."

But regardless of what happens in Washington, Ortiz said the Junior League team's trip to the World Series means a lot to Four Peaks.

"This is our first experience, and it hopefully won’t be our last," he said. "Hopefully this will be something that really propels this league forward."