The University of Arizona has decided to part ways with Rich Rodriguez.

The University of Arizona has decided to part ways with Head Football Coach Rich Rodriguez.

Rodriguez was released from his contract after a notice of claim was filed with the state attorney general's office alleging he ran a hostile workplace and sexually harassed a former employee.

KGUN 9 On Your Side has obtained a copy of the notice of claim:

The University of Arizona provided the following statement Tuesday night:

Rich Rodriguez denied allegations of harassment in a statement via Twitter: 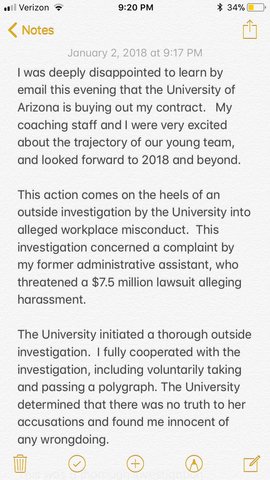 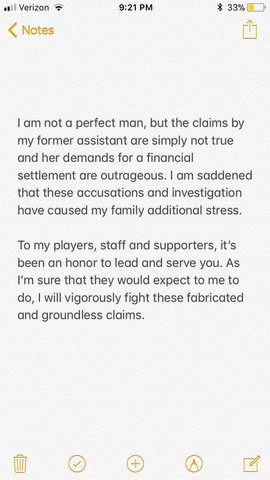 Stay with KGUN9 and kgun9.com as we continue to gather the latest in this developing story.