Larry Fitzgerald remains evasive about his future with the Arizona Cardinals

“I’m going to go play golf tomorrow, I know that." 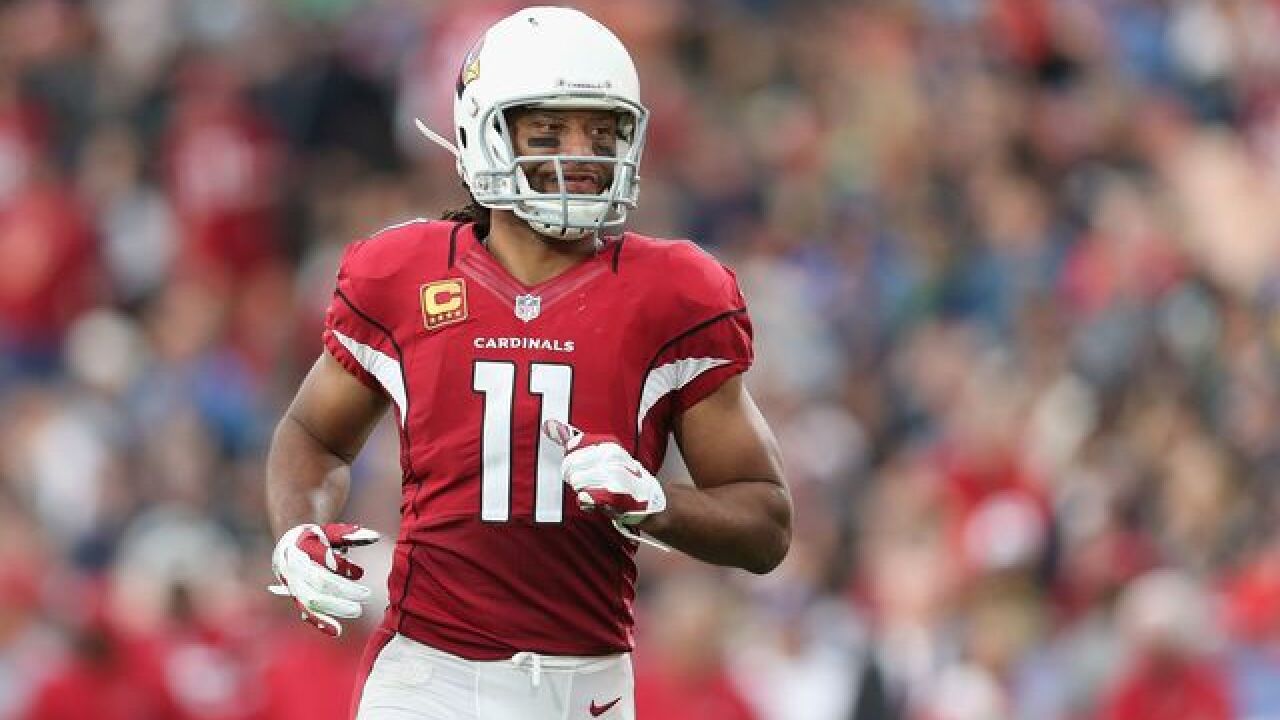 Copyright 2017 Scripps Media, Inc. All rights reserved. This material may not be published, broadcast, rewritten, or redistributed.
Stephen Dunn
LOS ANGELES, CA - JANUARY 01: Wide receiver Larry Fitzgerald #11 of the Arizona Cardinals smiles as he comes onto the field in the fourth quarter against the Los Angeles Rams at Los Angeles Memorial Coliseum on January 1, 2017 in Los Angeles, California. The Cardinals won 44-6. (Photo by Stephen Dunn/Getty Images)

SEATTLE — Larry Fitzgerald would only commit to one event taking place after the final game of his 15th NFL season and at least for now it had nothing to do with a retirement ceremony.

“I feel like we’ve done this dance before. Same song, same dance,” Fitzgerald said. “I’m going to go play golf tomorrow, I know that. I’m looking forward to it.”

Fitzgerald’s future will remain one of the big questions going into the Arizona Cardinals offseason after finishing off 2018 with a 27-24 loss to the Seattle Seahawks on Sunday. The loss ensured the Cardinals will have the No. 1 pick in the NFL draft, but also did little to settle any uncertainty about the future of head coach Steve Wilks after a disappointing first season in Arizona.

Whether Fitzgerald is around to play with that No. 1 selection is going to be a wait and see matter.

“I told him he was coming back. I told him I’ll see him next year in the spring and to get ready for OTAs,” Cardinals running back David Johnson said.

In the finale of his 15th season, Fitzgerald still looked the part of an NFL wide receiver and exceptional pass catcher with four catches for 36 yards. He caught the 116th touchdown pass of his career and became the third player with at least 1,300 career receptions. He matched the franchise record for career games played with his 234th game in a Cardinals uniform and became the second wide receiver in league history with 2,000 yards receiving against three different teams joining Jerry Rice.

His first reception came on the final play of the first quarter and extended his streak to 227 straight games with a catch. His best catch was in the second quarter as he initially faked a block, slipped behind cornerback Akeem King and made a one-handed reception for his sixth touchdown of the season.

His 116 career TDs are tied for sixth with Chargers tight end Antonio Gates.

“I was smiling at him when he came off the sidelines. He caught it with his fingertips. It’s unbelievable,” Wilks said. “What he does never seems to surprise me. It’s just unbelievable.”

Fitzgerald finished the season with 69 receptions for 734 yards, his fewest catches since 2014 when he missed two games and finished with only 63 receptions. The yards were a career-low while adjusting to an offense led by rookie Josh Rosen. Rosen would love to see Fitzgerald return and joked the “recruiting does not stop in college.”

For his part, Fitzgerald and many of his teammates seemed more interested in supporting Wilks after a difficult first season that included several key injuries and the firing of offensive coordinator Mike McCoy after a 1-6 start.

“His messages have been consistent. When you’re consistent personality-wise and coaching-wise, it makes it easy for guys to follow. The message never changed when we won, never changed when we lost,” Fitzgerald said. “That’s consistency. It’s hard to see that. You don’t see that much in this league. From people talking outside the building to players inside the building. You don’t see that kind of consistency, so that’s rare.”

Wilks said he hasn’t been provided any clarity about his job status.

“You have to win in this league. We kind of felt that we needed to put out a good show out there today,” Cardinals CB Patrick Peterson said. “Not only for his sake, but for us.”