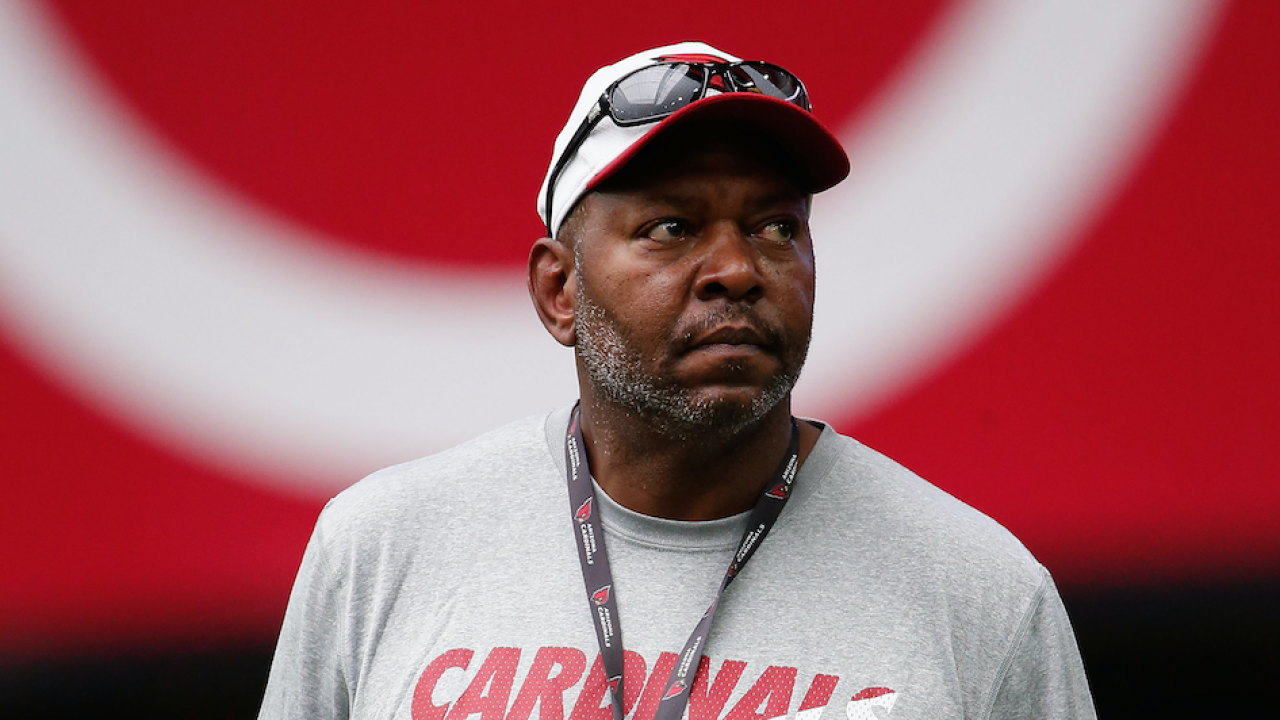 Larry Fitzgerald was missing from Arizona Cardinals training camp Saturday in order to attend the funeral of Darryl Drake, his former wide receivers coach who passed away at age 62 last weekend.

On Sunday, the final day of training camp, Fitzgerald reflected on the funeral in Louisiana, as well as what Drake, who coached him from 2013-17, meant to him.

"It was a sad day, but I’m really happy I was able to be there and celebrate Coach Drake’s life. He meant a lot to me and he meant a lot to a lot of people," Fitzgerald said.

"Obviously there’s 32 football teams in the National Football League, we all wear different colors and live in different cities, but it’s really a fraternity at the end of the day. To see how many other coaching staffs, teams that actually had games yesterday — Cleveland Browns, Pittsburgh Steelers were both there — that just shows you the profound impact he had on people’s lives. He’s going to dearly be missed."

Former Cardinals assistant coach and current Cleveland Browns head coach Freddie Kitchens was among those who attended Drake's funeral. The Steelers revealed they will wear a decal on their helmets this season to honor Drake, who had coached in Pittsburgh since the 2018 season.