The No. 1 overall pick will see his 1st NFL action 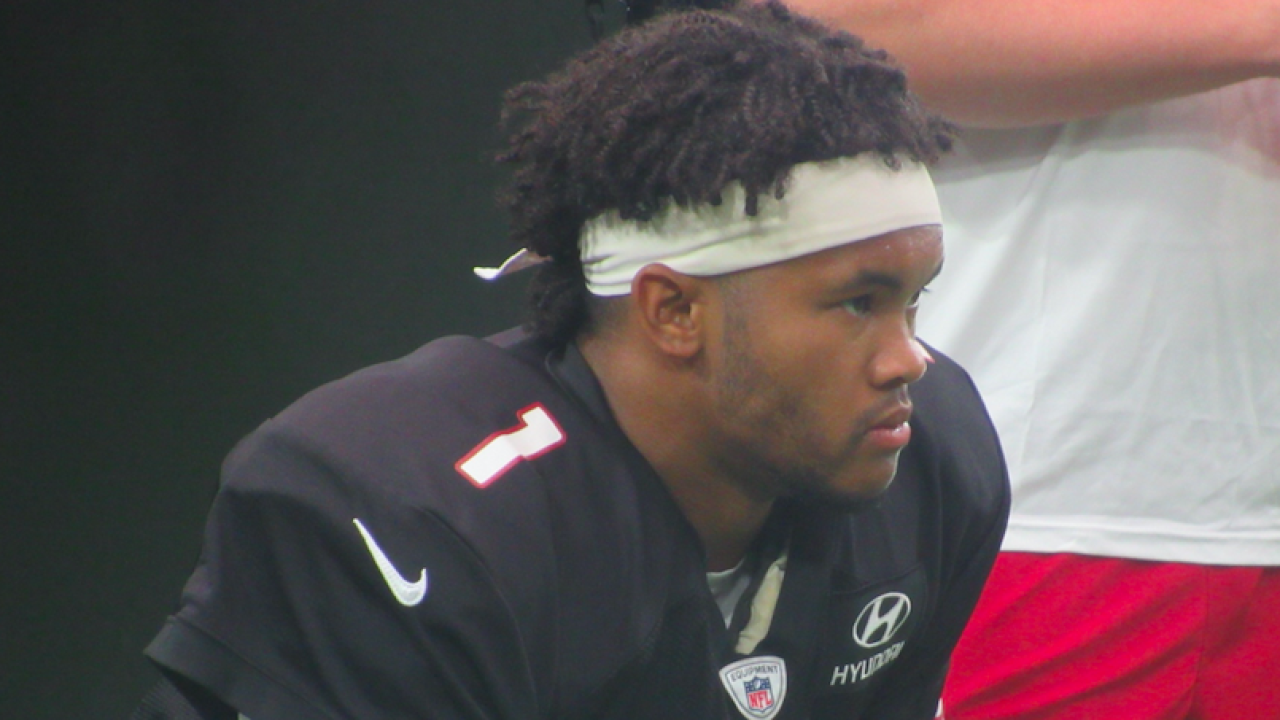 The Arizona Cardinals finished with the NFL's worst record last season, and yet one can argue they've never been more in the national spotlight than they are right now.

The reason: The eyes of the NFL nation are focused on Kyler Murray, the No. 1 overall pick in the 2019 NFL Draft. The dual-threat quarterback is set to make his NFL debut when he and the Cardinals take on the Los Angeles Chargers in Thursday night's preseason opener.

Here are three big questions for the Cardinals heading into that game at State Farm Stadium in Glendale.

Cardinals coach Kliff Kingsbury said he isn't certain how much playing time Murray will see in his preseason debut. It could be a single series, or a couple more. Either way, Cards fans are hoping to see a glimpse of the Heisman Trophy winner's abilities in the passing game, as well as on the ground.

Murray has looked the part of a starting NFL quarterback in training camp, but Thursday will be the first time he'll face opponents who will be allowed to hit him. His performance vs. the Chargers won't reveal a lot about his potential as a QB1, but a nice deep throw and/or a quality open-field run or two would certainly get Cards fans more excited about the regular season.

2. What about that offensive line?

For what seems like the 87th straight year, the offensive line is the Cardinals' biggest question mark heading into the season. The unit was injury-depleted most of last year and isn't off to a great start in that department this year, as starting guard Justin Pugh will miss a couple weeks with a shoulder injury.

The Cards did address some needs up front in the offseason by signing former Seahawks guard J.R. Sweezy and trading for former Steelers tackle Marcus Gilbert, and versatile second-year pro Mason Cole will likely fill in for Pugh. But this unit has had its struggles in training camp. Will it show promise in what will likely be limited action Thursday?

Right behind the O-line is the question of who will fill in for perennial Pro Bowl cornerback Patrick Peterson while he sits out the first six games of the regular season due to suspension. The Cardinals do have options, including veterans Robert Alford and Tramaine Brock, as well as rookie and Saguaro High School alum Byron Murphy.

Thursday should have been the first opportunity for Kingsbury and defensive coordinator Vance Joseph to see what Murphy, the No. 33 overall pick in the 2019 draft, can do against real NFL competition in a game setting -- but Murphy will be sidelined for the game due to a foot injury suffered in Monday's practice. Will the rest of the secondary take a step toward assuring Cards fans that the team will be OK without Peterson for the first month and a half of the regular season?