Kyler Murray shines, but Cardinals' rally comes up short in loss to Ravens 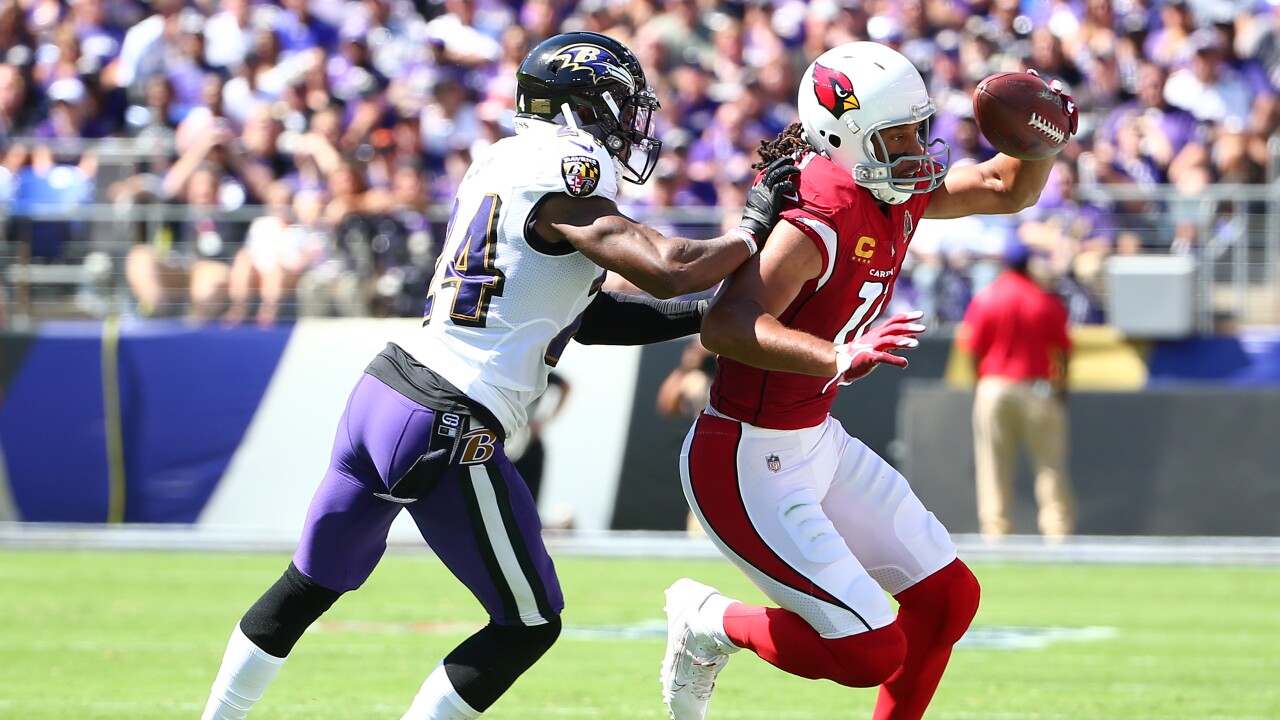 Dan Kubus/Getty Images
Larry Fitzgerald #11 of the Arizona Cardinals makes a catch and is pushed out of bounds by Brandon Carr #24 of the Baltimore Ravens during the first half at M&amp;T Bank Stadium on September 15, 2019 in Baltimore, Maryland. (Getty Images)

Kyler Murray and the Arizona Cardinals mounted a fourth-quarter rally for the second time in as many games.

This time, they came up a bit short.

The Cards fell to 0-1-1 on the season with a 23-17 loss at the Baltimore Ravens on Sunday. Murray completed 25 of 40 passes for 349 yards, making him just the second quarterback in NFL history to throw for 300 yards in each of his first two NFL starts. (Cam Newton in 2011 was the other), and he completed passes to nine different receivers Sunday. Larry Fitzgerald and Christian Kirk both had over 100 receiving yards in a losing effort.

The loss follows the Cardinals' come-from-behind 27-27 tie against the Detroit Lions in last weekend's regular-season opener.

Fitzgerald brought in a 54-yard reception in the fourth quarter to set up a David Johnson touchdown and a two-point conversion from Murray to fellow rookie KeeSean Johnson to trim Baltimore's lead to 20-17. But the Cards were unable to move the ball for the remainder of the quarter, and the Ravens were able to pick up multiple first downs and run out the clock on their final possession.

In #CardsHistory, only Larry Fitzgerald (46) had more TD than Johnson in their first five NFL seasons. pic.twitter.com/YeKepidDpp

Lamar Jackson threw for 272 yards and two touchdowns and rushed for 120 yards for the Ravens.

The Cardinals return home next week to face the Carolina Panthers in Glendale.