The Cards couldn't quite complete the comeback 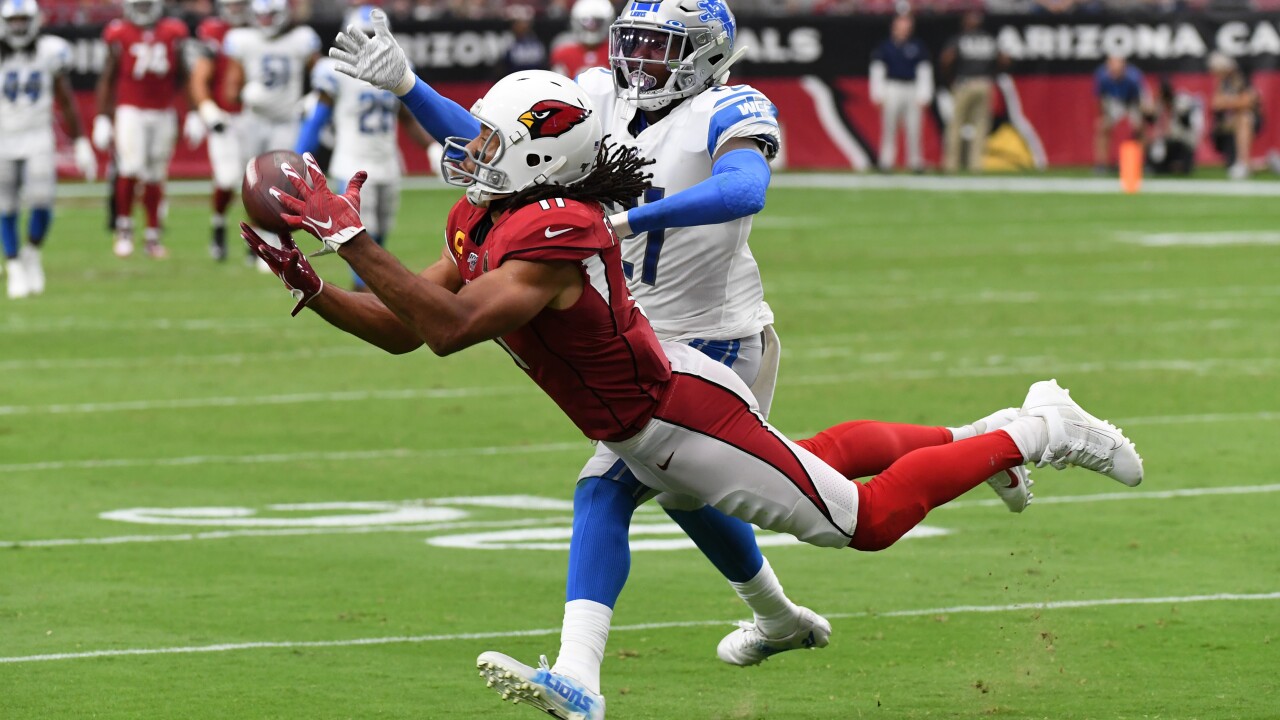 Norm Hall/Getty Images
Larry Fitzgerald #11 of the Arizona Cardinals makes a diving catch while being defended by Tracy Walker #21 of the Detroit Lions during the fourth quarter at State Farm Stadium on September 08, 2019 in Glendale, Arizona. (Photo by Norm Hall/Getty Images)

He struggled for a full three quarters, but the Cardinals' No. 1 pick came to life in overtime and mounted an incredible rally -- one that nearly resulted in a win.

Instead, Kyler Murray the Cards settled for a 27-27 tie with the Detroit Lions in their regular-season opener at State Farm Stadium on Sunday.

In overtime, Murray drove the Cards down the field -- thanks again to a great catch by Fitzgerald -- but had to settle for a field goal by ASU alum Zane Gonzalez, his fourth of the game. The Lions responded with a field goal of their own, and the Cardinals weren't quite able to reach field-goal range again on their second possession. Cardinals cornerback Tramaine Brock dropped a potential interception in the final seconds that would have given the Cards a chance to win.

It was the 41st tie in Cardinals history, but just their second since moving to Arizona in 1988. Their last tie came in a game that ended 6-6 vs. the Seattle Seahawks in 2016.

Kliff Kingsbury became the first head coach to not lose his Cardinals head coaching debut since the team moved to Arizona in 1988.

We've got ourselves a new game 😏 pic.twitter.com/qxpjWK1UQZ

Kyler Murray rallying the Cardinals from down 18 to tie the game 🔥#DETvsAZ (via @NFL) pic.twitter.com/112sIXkcDC

Up next for the Cardinals: a matchup at the Baltimore Ravens next Sunday. The Ravens scored 59 points against the Miami Dolphins in their season opener.

Special day... started off slow but proud of the way we fought as a team. Learn and grow. #Birdgang