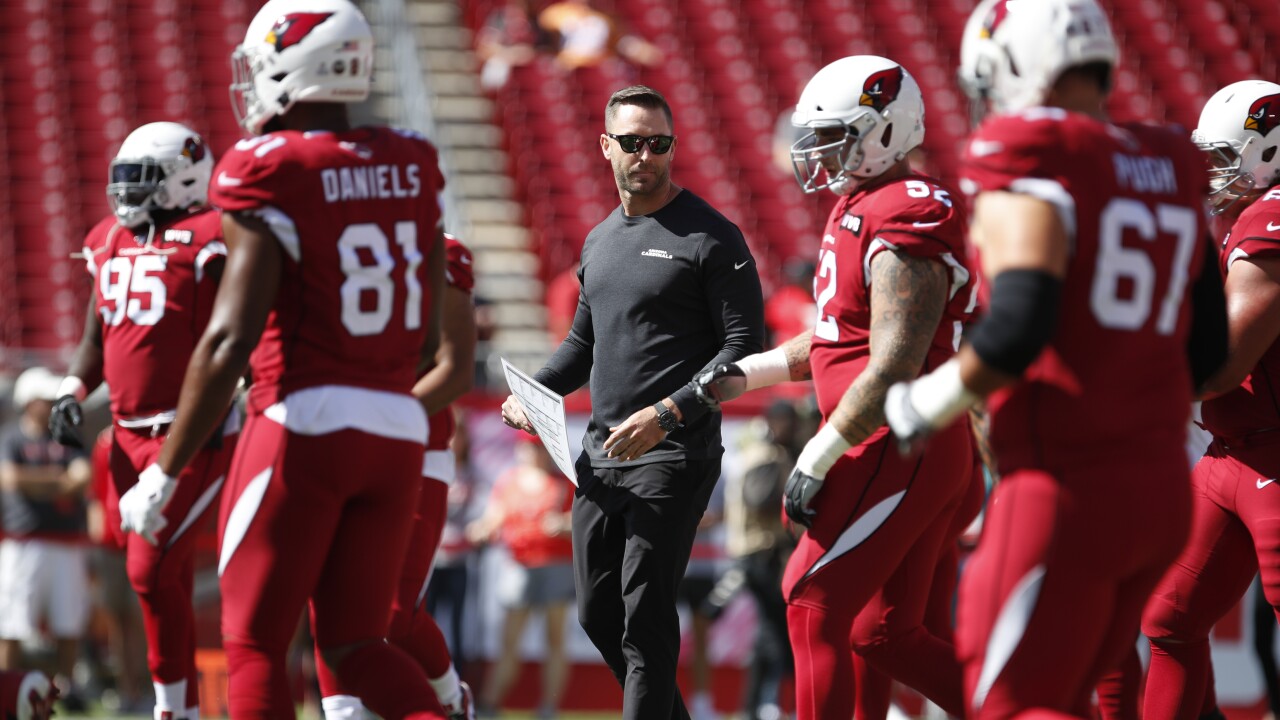 Following the death of George Floyd, our nation has seen countless protests against police brutality and racial injustice as a whole.

Several who have recently spoken out against the racial divide our country faces are professional athletes.

Arizona Cardinals reporter Kyle Odegard says head coach Kliff Kingsbury was "very proud" of the team's activism when it comes to speaking out against racism.

"As an organization, we recognize what happened to George Floyd was a terrible tragedy," Kingsbury said to Odegard. "It was a murder. People [involved] need to be held accountable, and I think they will. The racial injustice, the police brutality toward people of color, it has to stop. We're all hopeful this is the catalyst for that change."

Although the team has not discussed protests during the national anthem, coach Kingsbury said "obviously we're going to support our guys. They know that."

Kingsbury even gave the team an additional off day last Thursday to honor George Floyd.

Cardinals have granted us the day off from meetings to honor George Floyd’s memorial. We are but a small cog in a big machine but gestures like these create dialogue and expands the vision to help take the next steps for a better tomorrow. Peace and love

Recently the NFL posted to social media saying "Black Lives Matter," and admitted to their wrongdoings after NFL players chose to protest during the national anthem in previous seasons.

We, the NFL, condemn racism and the systematic oppression of Black People. We, the NFL, admit we were wrong for not listening to NFL players earlier and encourage all to speak out and peacefully protest. We, the NFL, believe Black Lives Matter. #InspireChange pic.twitter.com/ENWQP8A0sv

The NFL has been accused of blackballing San Francisco 49ers quarterback Colin Kaepernick because he took a knee during the national anthem to silently protest against racial injustices.

It was only a few years ago when Kaepernick and his teammate Eric Reid first took a knee during the national anthem in the 2016 NFL preseason. Kaepernick has not played in the NFL since that season.

During an interview in 2016, Kaepernick explained why he decided to kneel saying, "I am not going to stand up to show pride in a flag for a country that oppresses black people and people of color. To me, this is bigger than football and it would be selfish on my part to look the other way. There are bodies in the street and people getting paid leave and getting away with murder."

Kingsbury said he is inspired by his players and will continue to listen to what they have to say.

"I'm enlightened by their life experiences. It was a difficult week, but it was a productive week, as well," Kingsbury said to Odegard.