Takuma Sato lost his lead after this happened 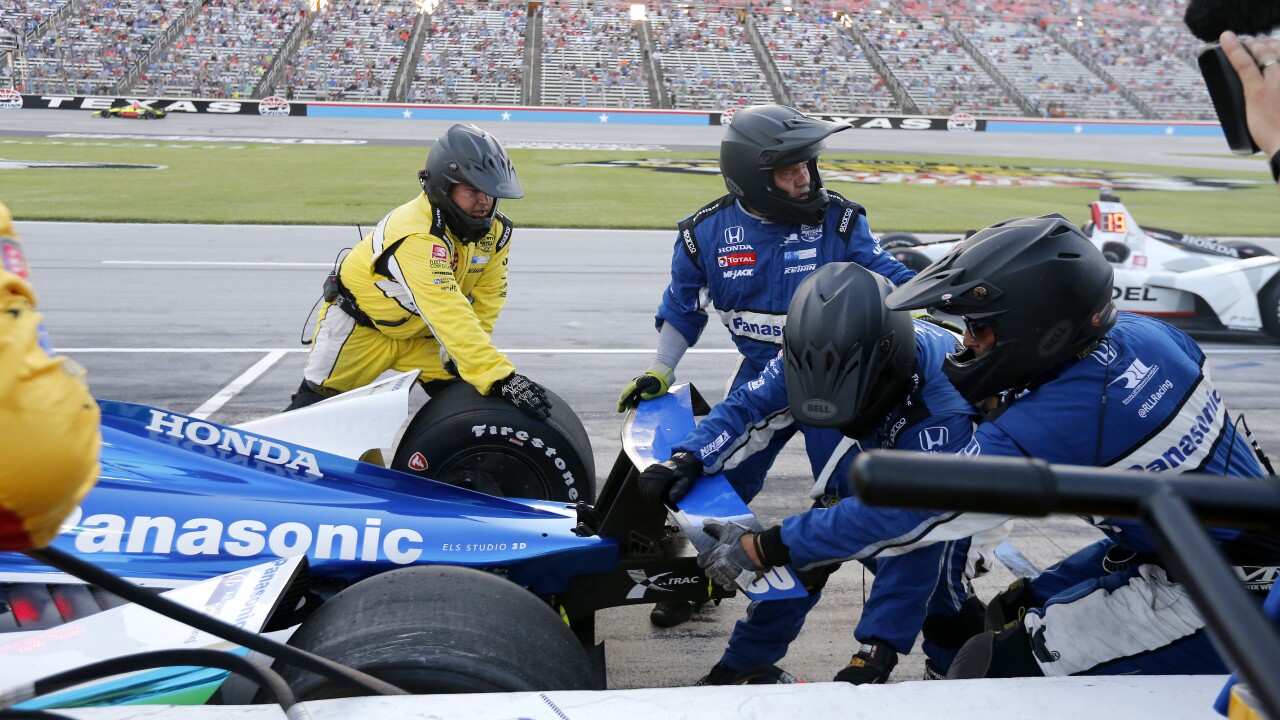 FORT WORTH, TEXAS — Pole-sitter Takuma Sato lost his lead at the DXC Technology 600 IndyCar race at Texas Motor Speedway on Sunday because of a disastrous pit stop under a green flag.

Sato slid through his pit stall and upended crew member Chris Welch as the car ended up in the next stall. Crew members had to pull the car back to their stall before changing tires and refueling.

After a stop-and-go penalty was assessed for hitting the crew member, Sato ended up four laps down once he got back on the 1 1/2-mile high speed oval. Welch was reportedly evaluated and released from the track’s infield care center.

Ryan Hunter-Reay was the leader after the first round of pit stops. The first 90 laps were run without a caution.

Josef Newgarden went on to win the race.

Takuma Sato was leading the DXC Technology 600 for 60 laps until this nightmare pit stop relegated him to 15th place. pic.twitter.com/jk6I6TsGG1