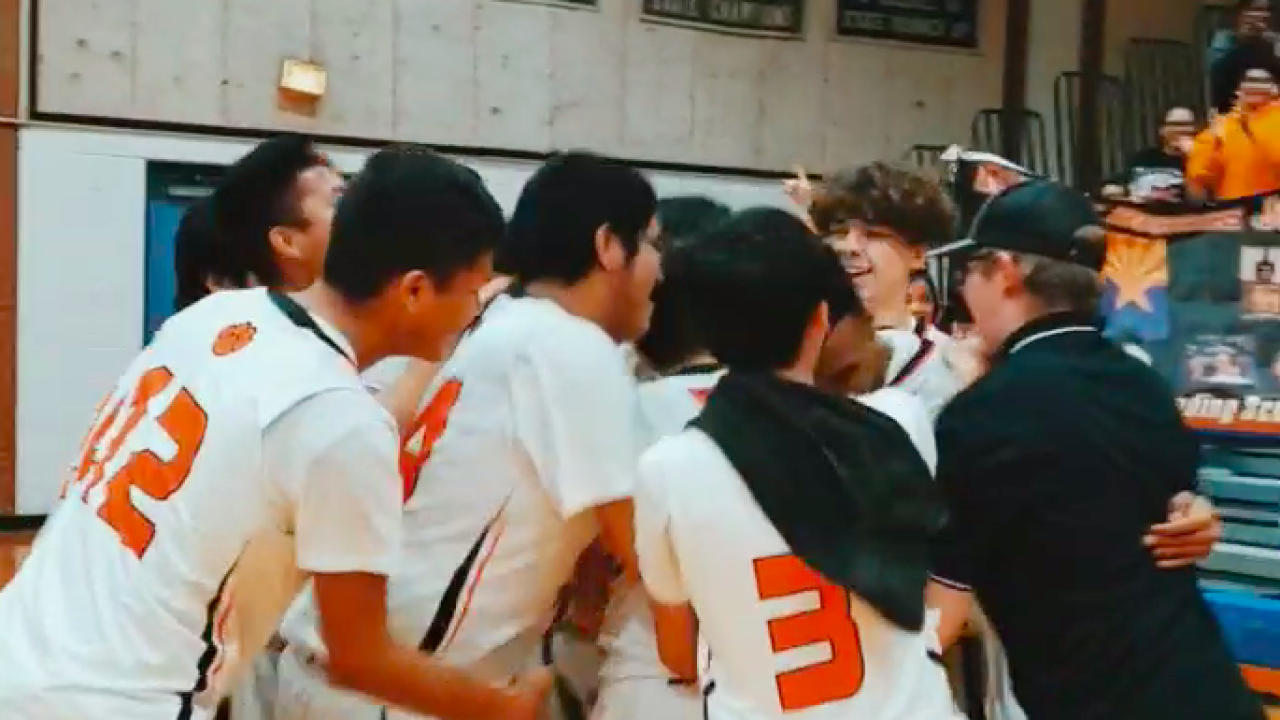 Burries, who needed 25 points vs. St. Augustine at Hayden High School in Winkelman to set the record, broke the record with his 25th and 26th points of the game right before halftime, surpassing previous leader Corey Hawkins, who scored 3,154 points at Goodyear Estrella Foothills from 2006-10.

Earlier this month, Burries passed future Arizona Wildcats and NBA star Mike Bibby for second place on the list. He is just the third player in Arizona high school basketball history to score at least 3,000 points.

Burries, a member of the San Carlos Apache Indian Reservation, said he loves being able to represent the Native American community through his accomplishments.

"I just love it. To put the Native Americans on the map, it’s just such a blessing," Burries told ABC15 after passing Bibby for No. 2 all-time on the list.

Burries learned a lot about the game from his parents, both of whom played basketball at the collegiate level. He said his mother helps him rise above the animosity that exists on the reservation, and his uncle Steven Pahe has also been instrumental in his success. Burries' goal is to continue playing basketball at the collegiate level, and he's already received a couple of offers to do so.

"There's a whole bunch of jealousy and hate down here on the reservation. I talk to my mom each and every day, and keep praying," he said. "My dad, he would come down from Cali and come watch me play, give me lessons on what I need to do and work better on. My uncle, he helped me a lot growing up here, practicing with me every day."