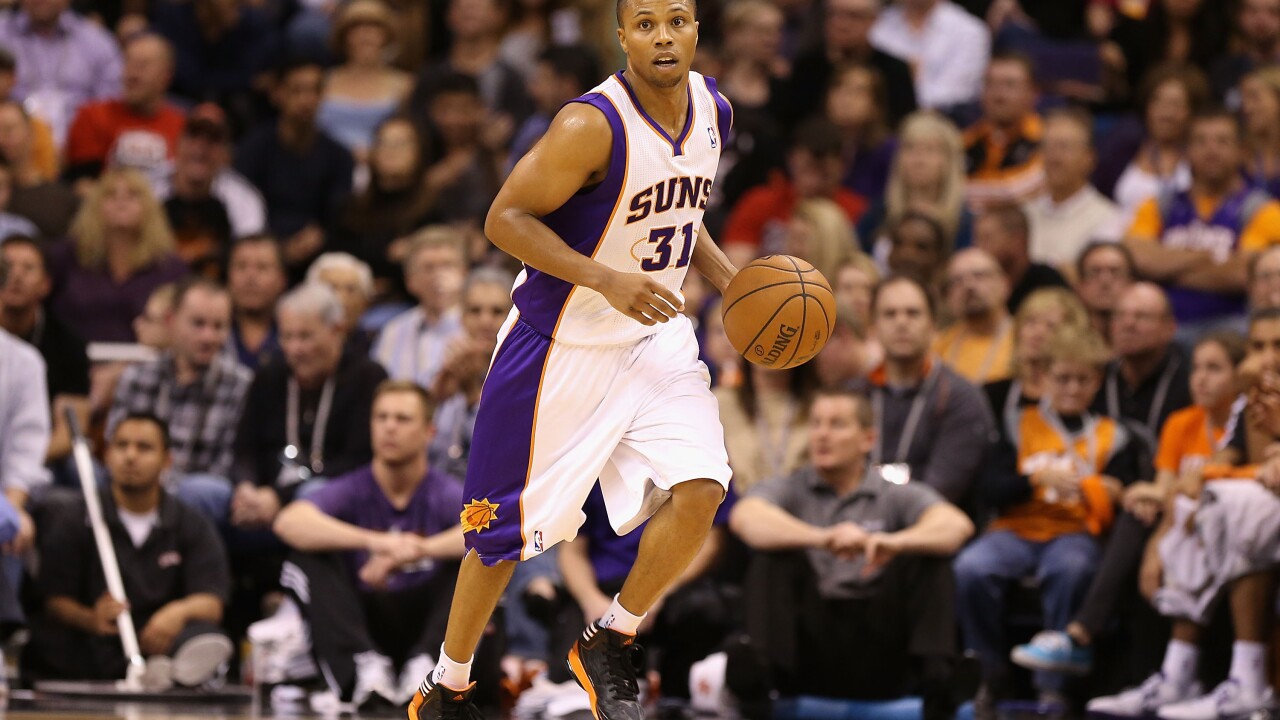 Christian Petersen/Getty Images
PHOENIX, AZ - NOVEMBER 17: Sebastian Telfair #31 of the Phoenix Suns moves the ball upcourt during the NBA game against the Miami Heat at US Airways Center on November 17, 2012 in Phoenix, Arizona. The Heat defeated the Suns 97-88. NOTE TO USER: User expressly acknowledges and agrees that, by downloading and or using this photograph, User is consenting to the terms and conditions of the Getty Images License Agreement. (Photo by Christian Petersen/Getty Images)

PHOENIX — Former Phoenix Suns guard Sebastian Telfair has been sentenced to three and a half years in prison after being arrested on gun and drug charges, according to ESPN.

Telfair was arrested in New York in 2017 after being seen driving with no headlights at around 3 a.m. When pulled over, police say they saw a lit marijuana cigarette in the center console. After a search, police also located a loaded pistol in the vehicle.

Telfair was also arrested on gun charges in 2007.

According to TMZ, Telfair could have faced up to 15 years in prison in the most recent case, but was given the minimum sentence of three years.

Telfair was a first round draft pick in 2004 and played for eight different teams over nine seasons. He played for the Suns from 2011-2013, seeing playing time in 106 games.