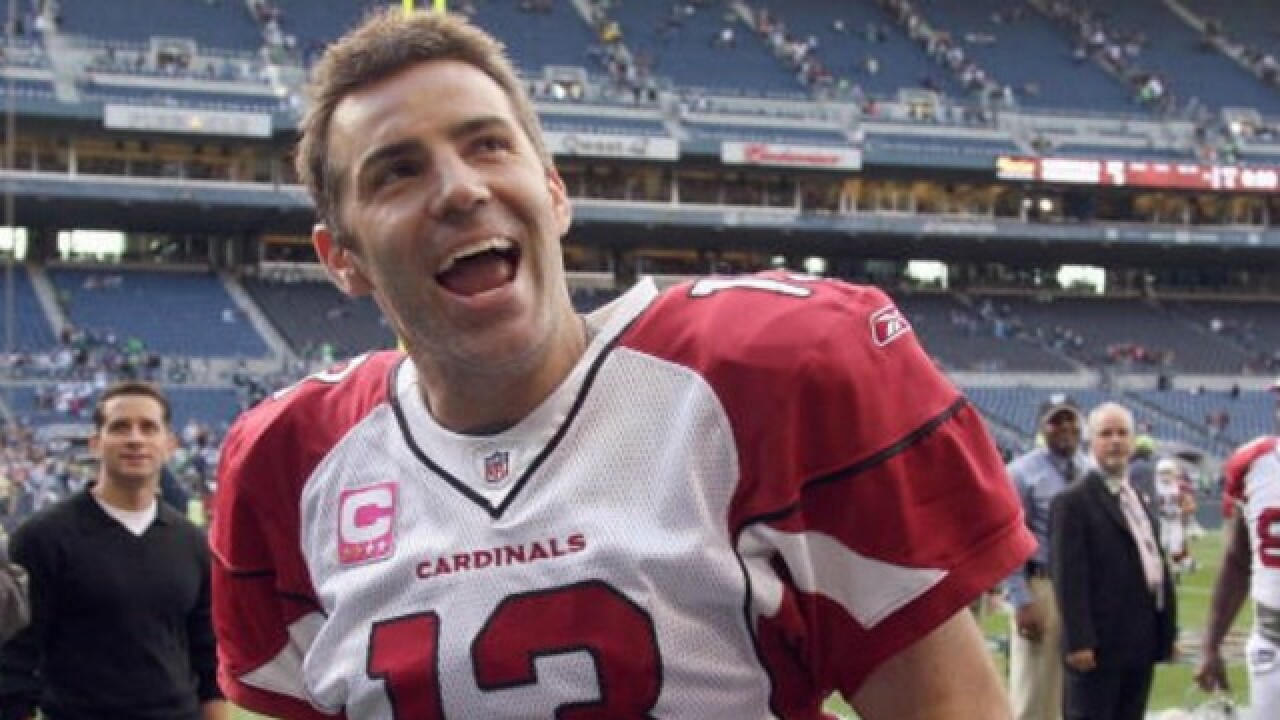 Former Cardinals star quarterback, Kurt Warner, is getting the biopic treatment about his NFL career, according to a report by Variety.

The movie is called American Underdog: The Kurt Warner Story. It will highlight Warner's NFL career, which spanned from 1994 to 2009.

Set to be released December 18, 2020, the movie is based on his book, All Things Possible: My Story of Faith, Football and the First Miracle Season.

The movie will be directed by Jon and Andrew Erwin and written by David Aaron Cohen, Jon Gunn and Jon Erwin.

Warner and his wife, Brenda, are co-producing the film, Variety's report says.

Warner's career started with the St. Louis Rams. He went on to play for the New York Giants in 2004 and ended his football career in the Valley with the Arizona Cardinals.

Warner led the Cardinals to the Super Bowl in 2008 before he retired in 2009.

Warner is one of the top undrafted players in NFL history and as become a member of the Pro Football Hall of Fame.