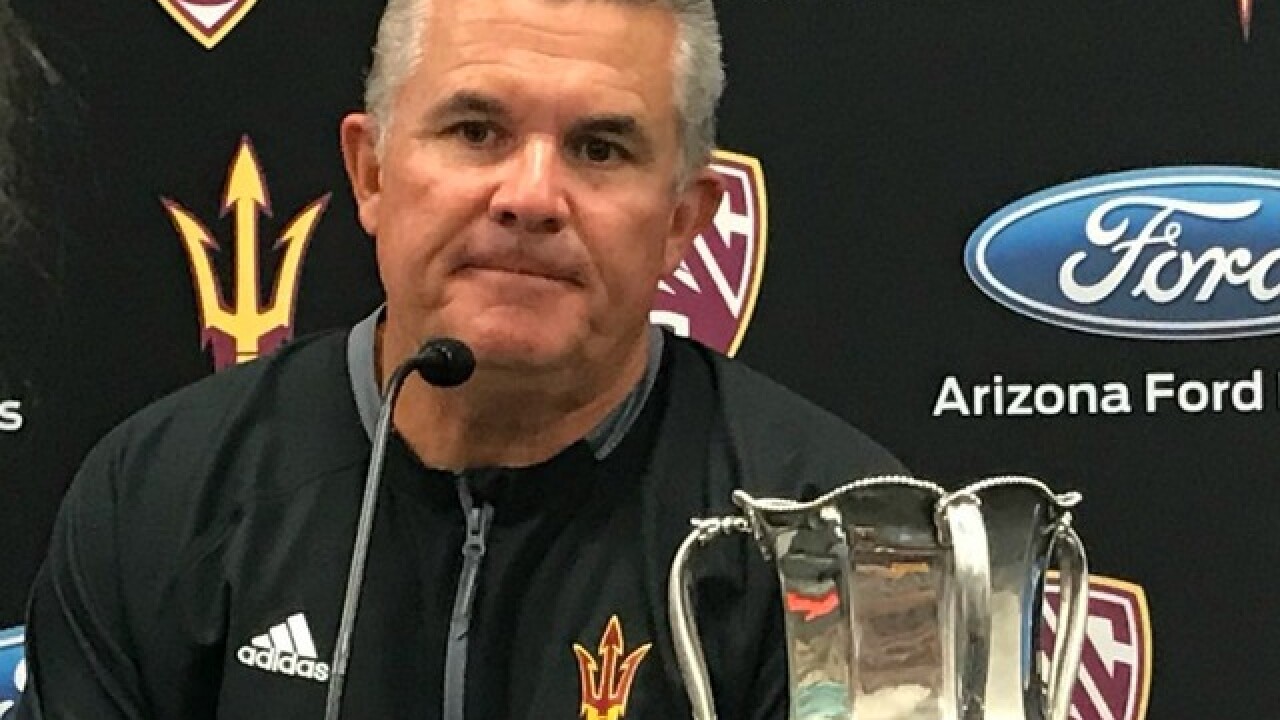 TEMPE, AZ — A sad loss for former ASU Football coach Todd Graham, just blocks from the site of so many of his Sun Devil successes. Someone stole 17 of his championship football rings from inside a friend's car in Tempe.

Graham calls it heartbreaking, "It's such a part of who you are. I know it's just metal, but it represents so much and it's truly irreplaceable."

The loss includes four Territorial Cup rings, conference championships, bowl games, and a ring from his own playing days when he was named a first-team All-American during the 1985-1986 season. All are engraved with his name on them.

The Grahams recently sold their Scottsdale home. In an effort to be extra cautious, they didn't pack the rings with their other belongings. Instead, they asked a family friend to bring them to Hawaii where he is now coaching. Graham says the rings were stolen out of her car before she was able to make the trip.

Police and pawn shops have been alerted and Graham says he is willing to offer a reward but hopes whoever has them will do the right thing.