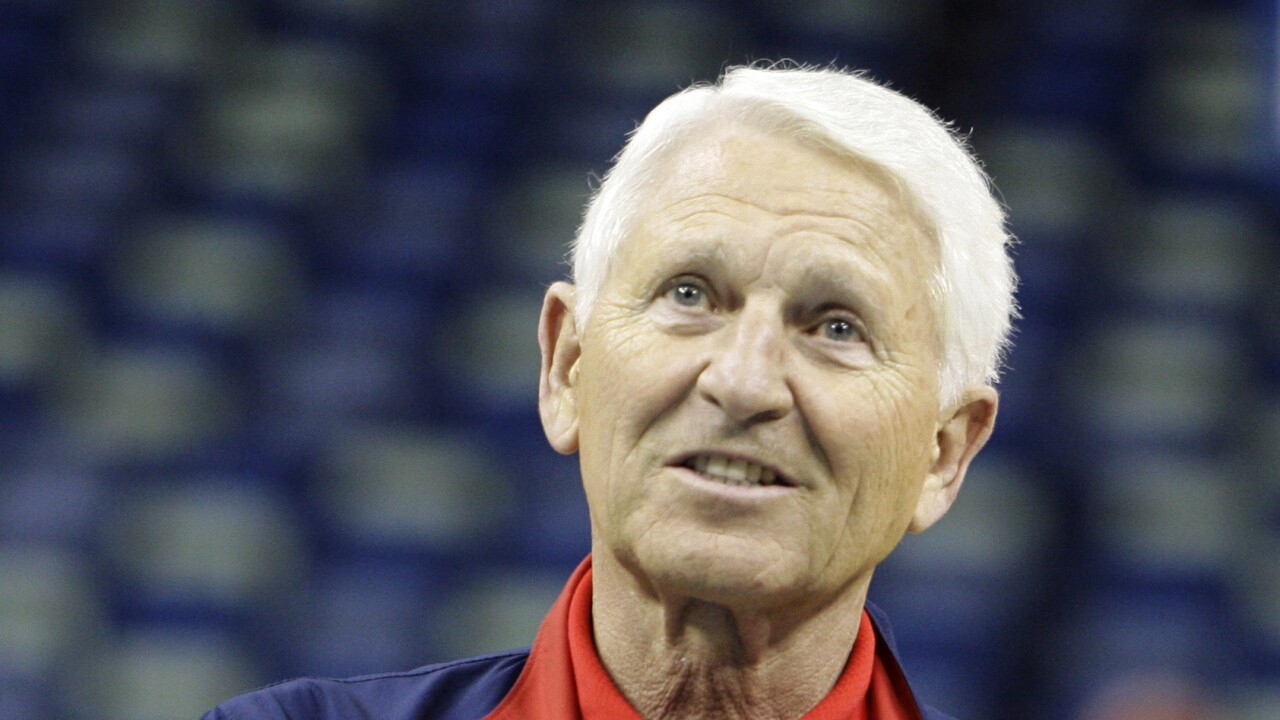 Alex Brandon/AP
** FILE ** In this March 15, 2007, file photo, Arizona coach Lute Olson watches his team practice for the NCAA Midwest Regional basketball tournament in New Orleans. The 74-year-old Hall of Famer is coming off the most troubled season in his 25-year tenure at Arizona. A seemingly endless soap opera began in November, when Olson requested a personal leave of absence for undisclosed reasons. Olson returned to the helm shortly after Arizona was eliminated in the first round of the NCAA tourney last spring. (AP Photo/Alex Brandon, File)

TUCSON, AZ — Former Arizona Wildcats men's basketball coach Lute Olson has died at the age of 85, according to KGUN9.

Olson suffered a stroke in 2019, though it has not been confirmed if that contributed to his death.

Olson coached for the Wildcats from 1983-2008 before retiring due to medical complications.

"I am deeply saddened with the passing of the great Lute Olson. Coach was an iconic figure in college basketball who put the University of Arizona's basketball program on the map," said UArizona Vice President and Director of Athletics Dave Heeke in a statement. "Yet his legacy extends well beyond the court. He impacted thousands of lives, inspiring young men to reach beyond their potential and instilling service to others as a cornerstone of a person's character. He will be greatly missed by all who love the University of Arizona."

Before coaching for the Wildcats, Olson also coached at Long Beach State and Iowa, collecting 780 career wins in his coaching career.

"Lute Olson was so much more than a basketball coach," said University of Arizona President Robert C. Robbins in a statement. "He was an educator, a motivator, a husband, a father, a grandfather and a friend to so many. He was a true leader in every sense of the word and displayed such integrity and compassion in every endeavor. While Coach will no longer be with us, his presence will be felt for generations to come. On behalf of the University of Arizona, our community and generations of Wildcat fans, we extend our thoughts and prayers to the Olson family."