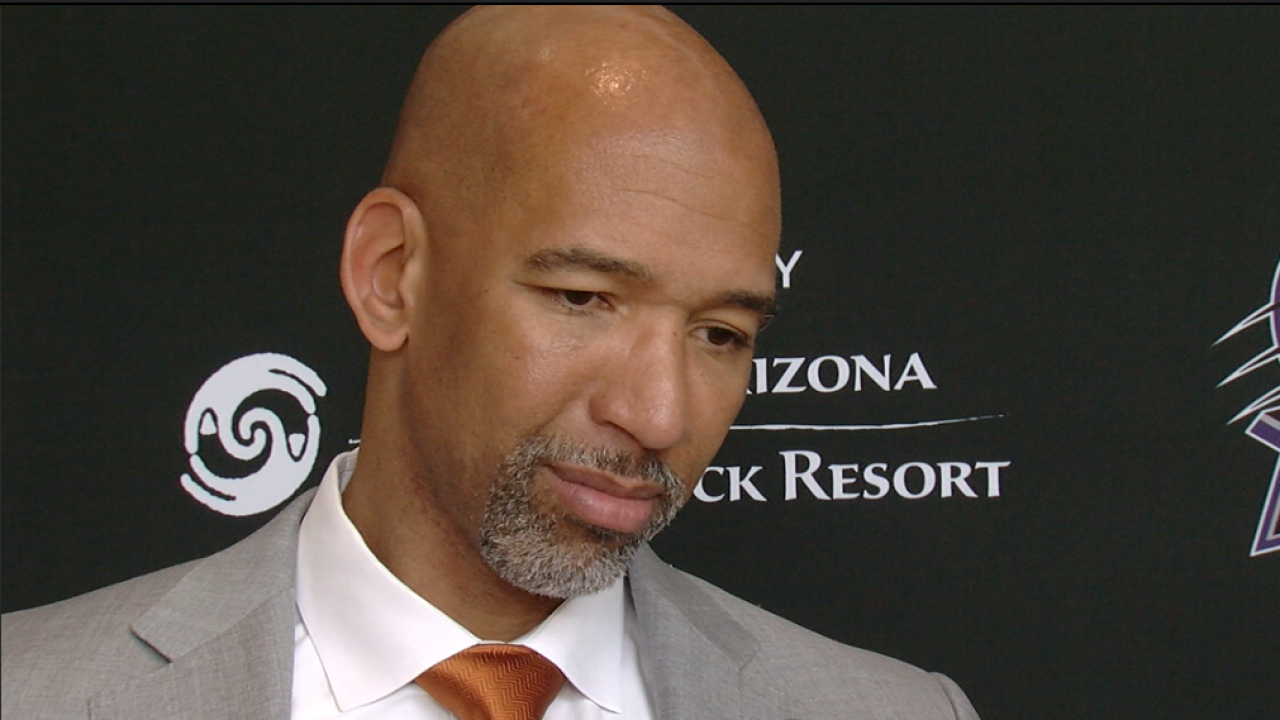 It's been just over three years since new Phoenix Suns head coach Monty Williams' wife died in a car accident in Oklahoma.

Williams, an assistant coach with the Oklahoma City Thunder during the 2015-16 season, stepped away from coaching after his wife Ingrid passed away following a head-on collision in February 2016. Three of the Williams' five children were also in the car but only suffered minor injuries.

On Tuesday, moments after he was introduced as the Suns' new coach, Williams said his faith helped him to move forward following the tragedy.

"The Lord has given me a level of strength that I didn’t have and still don’t," Williams said. "Lamentations 3:22-23 says, 'His mercies are new every morning. Great is his faithfulness.' He’s been faithful to me putting good people around me, having an unbelievable support system."

Monty Williams' wife died in a car accident in 2016.

The new @Suns coach talked to @FouhyOnSports about how his faith and family helped guide and sustain him following the tragedy. pic.twitter.com/1JDTYkgcrT

That system includes Williams' children, who were instrumental in his return to coaching. The 47-year-old Williams has also recently remarried.

"I have a new wife who’s learned how crazy I am, especially during the season," he said. "And my kids — when everything happened to my family, my focus was just take care of my children. That led me to believe I might not ever be able to coach again, and I was cool with that. But they weren’t. And to have your children want you to go back to doing what you love to do gave me even more confidence, more strength. Hopefully that translates, and the players can pick up on that."

Williams returned to coaching later in 2016 as an assistant for the USA Basketball Men’s National Team, and he was an assistant with the Philadelphia 76ers last season. He also served as the San Antonio Spurs' VP of basketball operations from 2016-18.

In 2017, Williams received the inaugural Sager Strong Award, given annually "to an individual who has been a trailblazer while exemplifying courage, faith, compassion and grace."

Williams said he'll certainly apply the lessons and wisdom he gained from the tragedy to his new role in Phoenix, while not allowing it to keep him from continuing to move forward.

"That’s not going to define me. I’m not going to talk about this for the rest of my career and the rest of my life," he said. "But I hope the lessons that I’ve learned and the experiences will help my kids, but also help our guys be the best versions of themselves."