Good news and bad news for the D-backs 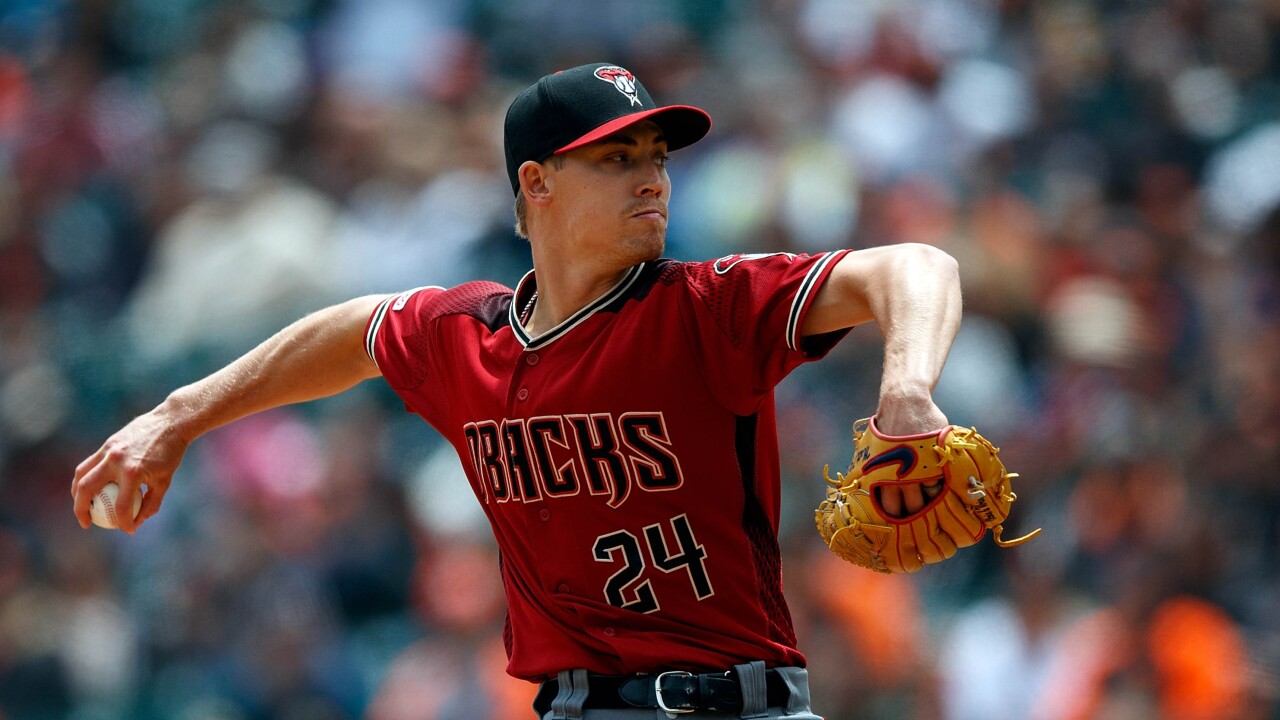 Jason O. Watson/Getty Images
Luke Weaver #24 of the Arizona Diamondbacks pitches against the San Francisco Giants during the first inning at Oracle Park on May 26, 2019 in San Francisco, California. (Getty Images)

SAN FRANCISCO — Ketel Marte homered for the third time in three games, Eduardo Escobar had three hits, and the Arizona Diamondbacks tied a franchise record for scoring in a three-game series as they beat the San Francisco Giants 6-2 Sunday to finish a sweep.

The Diamondbacks outscored the Giants 34-8 in the series, matching a franchise mark they set at home Sept. 12-14, 2016, against Colorado. It eclipsed the previous mark for a three-game road series -- 32 against the Rockies on June 3-5, 2014.

Diamondbacks starter Luke Weaver (4-3) pitched five-plus innings of six-hit ball for the win. He struck out six, walked two, and gave up one run before exiting with right forearm tightness after Buster Posey singled leading off the sixth.

Here is @DreamWeava7 on the tightness he experienced on the mound and his concerns moving forward. (Full interview on our Facebook page: https://t.co/eiV6oZ7KjF) pic.twitter.com/L0F5bkyE9W

"It was a no-brainer." @Dbacks manager Torey Lovullo on the decision to take out @DreamWeava7.
Full interview on our Facebook page: https://t.co/eiV6oZ7KjF) pic.twitter.com/0L5nMbjrma

Arizona's outburst in this series came after they'd lost five straight and combined for seven runs in their previous four games. Marte went deep in the first inning off Giants starter Shaun Anderson (0-1). His 12th homer started a two-run inning.

Marte was 7 for 15 with three homers, a triple and six RBIs in the series and is 9 for 19 over his last four games. Arizona swept the Giants in San Francisco for the first time since taking a four-game set April 18-21, 2016.

Anderson, making his third major league start, gave up six runs -- four earned -- and nine hits, with a walk and two wild pitches in five innings. Nick Ahmed sparked a three-run second inning in which the Diamondbacks had three hits and a walk and capitalized on a wild pitch and an error.

Diamondbacks closer Greg Holland notched his ninth save in 10 chances. He came into the game after pinch-hitter Stephen Vogt's one-out double to left off Matt Andriese. Posey and Joe Panik each had two hits including a double and one RBI for San Francisco.

Mike Yastrzemski, the 23-year-old grandson of Hall of Famer Carl Yastrzemski, had the first three hits of his career for the Giants, who lost their fifth straight and finished a 1-6 homestand.