D.J. Humphries unloads about Bruce Arians’ less than flattering nickname for him 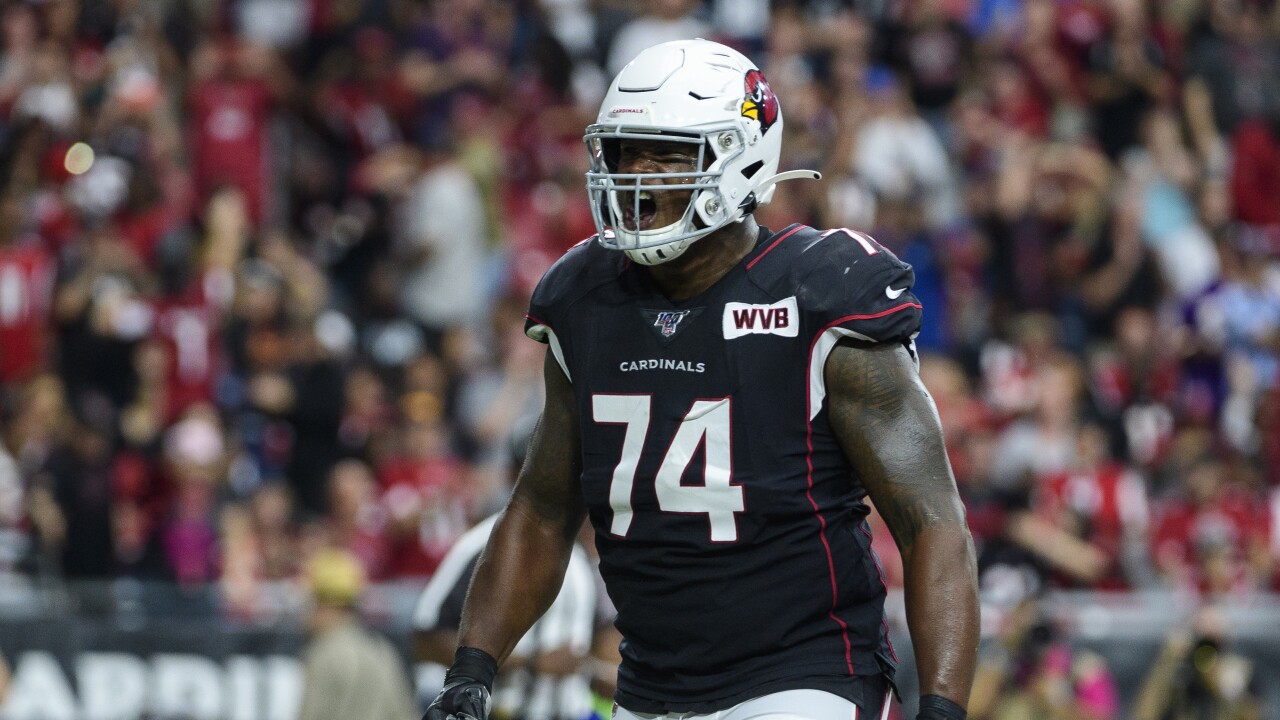 GLENDALE, AZ — Arizona Cardinals left tackle D.J. Humphries has always voiced displeasure over a nickname former Cards coach Bruce Arians gave him early in his career. But now that Arians is no longer with the team and on the opposing sideline this weekend, Humphries decided to let his true feelings out about the name.

Early in his career, Arians gave Humphries the nickname “knee-deep” in regard to how hard he had to push Humphries during practice.

“A knee in his *** every day. A foot wasn’t going to do it, so I nicknamed him ‘knee-deep,’” Arians told the media prior to a game during which Humphries wasn’t playing in his rookie season.

When asked if he thought the nickname was a form of bullying, Humphries said no. He said he considered it a power move by someone who wasn’t on the same level as him within the organization.

“When you’re on a different level where you can’t look me in my eye, that’s a whole different conversation,” Humphries said.

Humphries admits to not performing well during his rookie season, but says he was also not coached well.

“It wouldn’t have been that tough if I were learning something new to process. If I was learning while being treated that way there’s a difference,” Humphries said. “It’s not like it was a nudge in the right direction. It just made me want to punch you in the face instead of taking coaching from you.”

Humphries said he never asked for or looked for an apology from Arians.

“He meant what he said. It wasn’t an accident. You apologize for accidents. If I stepped on your shoe right now I’d apologize.”

When asked if he had extra motivation for this weekends matchup against Arians and the Tampa Bay Buccaneers, Humphries' answer was simple.

“No, because he doesn’t play football.”