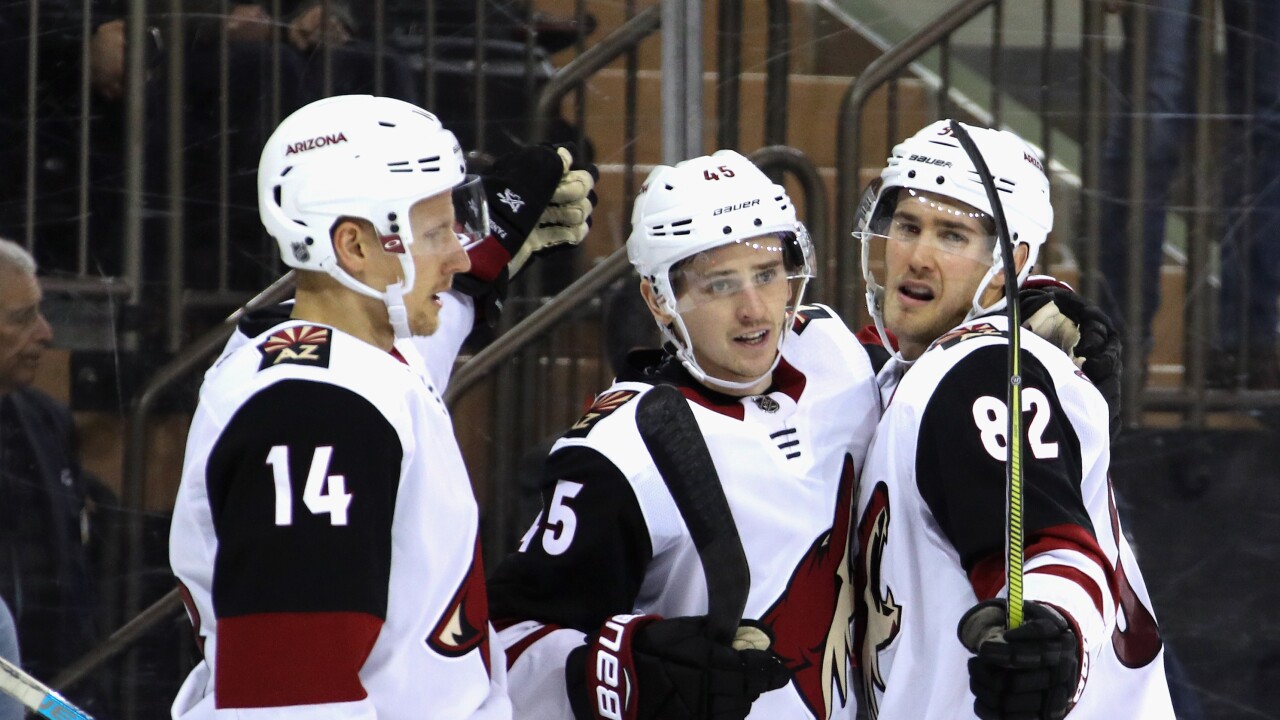 The Arizona Coyotes earned a difficult road win Tuesday -- and in doing so, moved into the eighth and final playoff spot in the Western Conference.

The Coyotes' 3-1 win at the St. Louis Blues allowed the Yotes to leapfrog the Minnesota Wild and move into the second Wild Card spot in the West with 12 games to play in the regular season. The Coyotes are looking to advance to the postseason for the first time since 2012, when they won their division and made it all the way to the Western Conference Finals.

The Coyotes had won 8 of 9 games until falling 7-1 at the Chicago Blackhawks on Monday night. But the Coyotes rebounded Tuesday thanks to a 39-save performance from goaltender Darcy Keumper, a second-period goal from Richard Panik, an early third-period goal from Vinnie Hinostroza and an empty-net goal from captain Oliver Ekman-Larsson with 22 seconds to play.

Can always count on the captain. pic.twitter.com/rJAxjNBMAT

Well... would you look at that. pic.twitter.com/o4XjBCgpQj

Under second-year coach Rick Tocchet, the Coyotes have overcome a slew of injuries, including to No. 1 goaltender Antti Raanta, to play themselves right into the thick of the playoff race.

Next up for the Coyotes: Home games vs. the Anaheim Ducks on Thursday and the Edmonton Oilers on Saturday. Tickets can be purchased here.