The defending champions were stunned at home 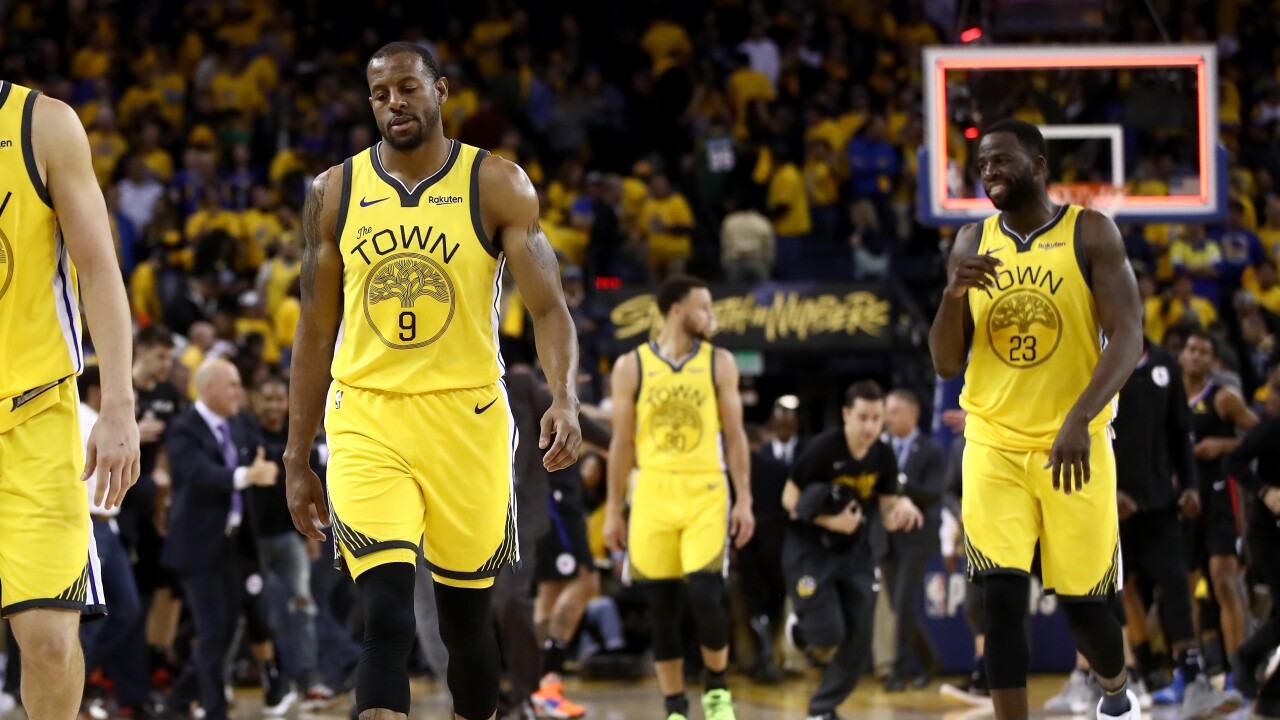 Ezra Shaw/Getty Images
OAKLAND, CALIFORNIA - APRIL 15: Andre Iguodala #9 and Draymond Green #23 of the Golden State Warriors walk off the court after they lost to the LA Clippers during Game Two of the first round of the 2019 NBA Western Conference Playoffs at ORACLE Arena on April 15, 2019 in Oakland, California. (Getty Images)

The Los Angeles Clippers rallied from a 31-point third-quarter deficit against the defending champions in Oakland on Monday night for the largest comeback in NBA playoff history.

Lou Williams scored 36 points and Landry Shamet gave the visiting Clippers the lead on a 3-pointer with less than 20 seconds left to lift Los Angeles past the Warriors 135-131 in Game 2 of their first-round playoff series. The Clippers' win evened the best-of-seven series at 1-1.

The Clippers trailed Golden State 94-63 midway through the second quarter but outscored the Warriors 72-37 the rest of the way, including 41-23 in the fourth quarter. Steph Curry missed a 3-pointer with just under 10 seconds to play, and Montrezl Harrell made a pair of free throws with five seconds left to seal L.A's comeback win.

Game 3 between the Clippers and Warriors is scheduled for Thursday night in Los Angeles.

👀 the @LAClippers erase a 31-PT deficit to top GSW on the road and even the series at 1-1! #ClipperNation pic.twitter.com/aPTNVMTXge

The Clippers’ comeback win was UNBELIEVABLE 👏

Doc Rivers has nothing but praise for his @LAClippers squad after they come back from 31 points down to stun the Warriors.#ClipperNation | #NBAPlayoffs pic.twitter.com/mcYuqfFrUc