ASU upsets No. 1 Kansas for 1st win over a top-ranked team in 37 years

Sun Devil fans stormed the court after the win 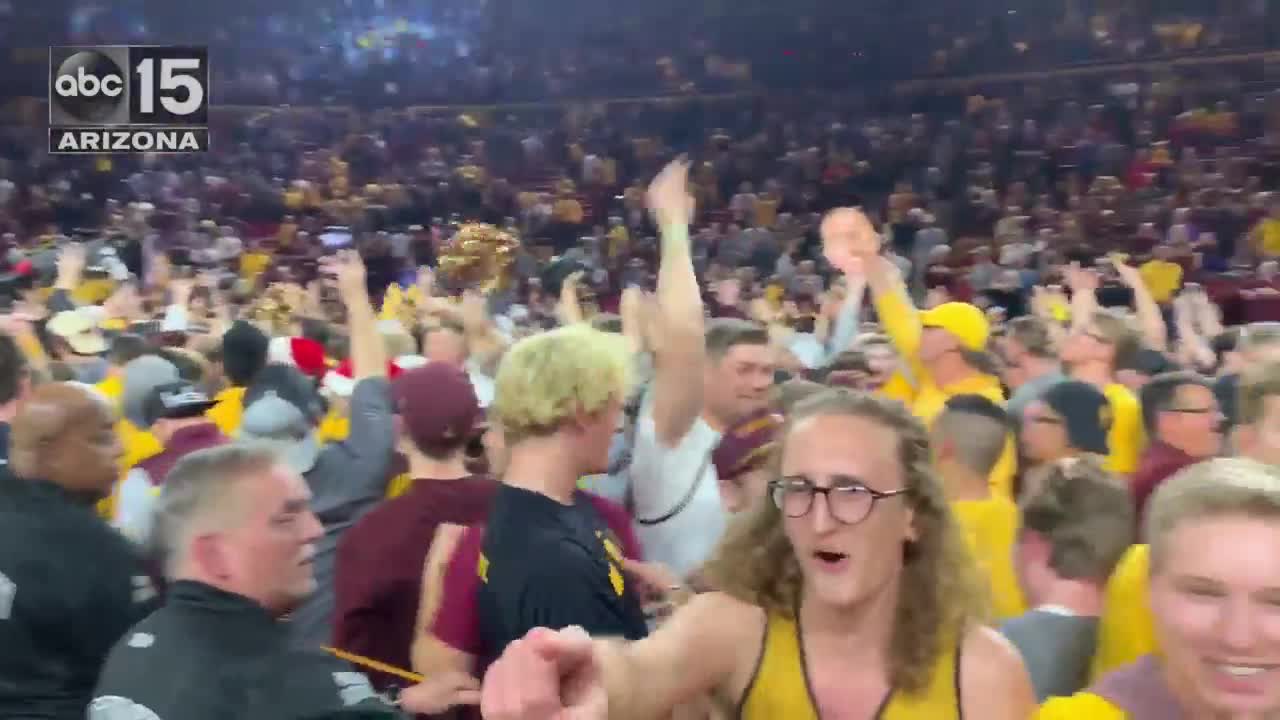 A program-defining win for Bobby Hurley and the Sun Devils 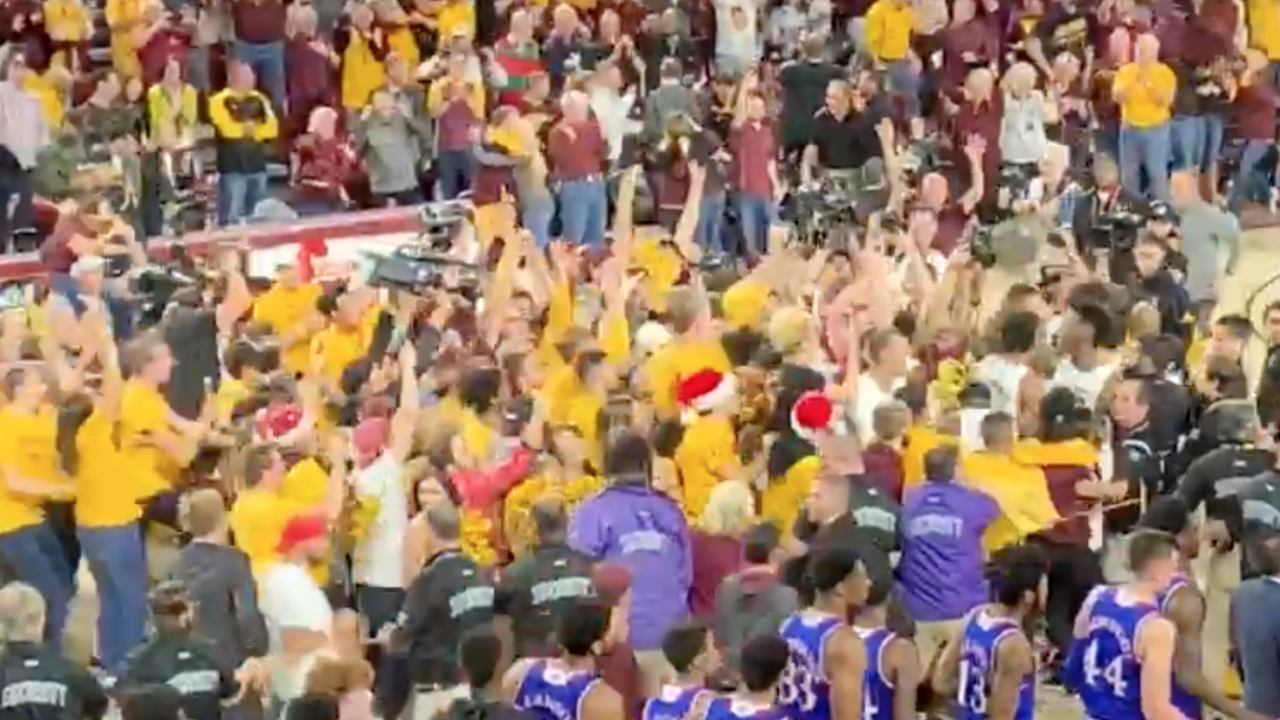 TEMPE — Zylan Cheatham bounded down the hallway inside Wells Fargo Arena, half skipping, half jumping as he high-fived family, friends, anyone he could reach. "Let's go! Let's go! Let's gooooo!" the Arizona State forward shouted.

Let it be heard: the Sun Devils have arrived.

Poised down the stretch after trailing most of the night, No. 18 Arizona State pulled off one of the biggest victories in school history by knocking off No. 1 Kansas 80-76 on Saturday. It was ASU's first win over a No. 1 team in 37 years, and its first-ever such victory at home.

"This was a huge moment for our basketball program," Arizona State coach Bobby Hurley said.

No. 18 Arizona State knocks off a No. 1 opponent for the first time since 1981! pic.twitter.com/YvEtU3CLFS

It wasn't easy. Arizona State (9-2) had a hard time stopping Kansas preseason All-American Dedric Lawson inside, blew numerous shots at the rim and had a rough night at the free throw line.

Trailing by up to nine points, the Sun Devils rallied by double-teaming Lawson, digging in on defense and making the biggest plays down the stretch to beat a No. 1 team for the second time as a program.

As it did in beating Kansas a year ago in Lawrence, Arizona State rallied late, using a 10-0 run to go up 76-74 with 90 seconds left. Kansas (10-1) turned it over twice in its final three possessions and Rob Edwards, who scored 15 points, and hit two free throws with 6.1 seconds left to start the celebration.

Students poured out of the stands to join the players a center court, leaving security no chance of stopping the party.

"Those are the moments we live for," said Arizona State's Remy Martin, who had 10 points and a big pull-up jumper with 58 seconds left. Kansas led nearly the entire game and had plenty of chances down the stretch to win its first true road game of the season, even with big man Udoka Azubuike missing his fourth straight game due to an ankle injury.

The Jayhawks were unable to come up with the defensive stops during Arizona State's run and couldn't get off a tying shot down two in the closing seconds, finding themselves at the center of a Sun Devil celebration -- and likely out of the No. 1 spot in the AP Top 25.

"It's very tough one because we had the game and we let it slip right through our hands," said Lawson, who led Kansas with 30 points and 14 rebounds. Arizona State pulled off the upset on the road last season, knocking off the No. 2 Jayhawks 95-85 on its way to the NCAA Tournament for the first time since 2014.

Even with Azubuike out in the rematch, the Jayhawks dominated Arizona State inside early, opening up the perimeter. Lawson was the focal point, repeatedly getting good position down low and throwing in a layup on a nifty spin move. The Memphis transfer had 18 points on 8-of-10 shooting by halftime. Arizona State struggled offensively, but held Kansas scoreless over the final 3:42 to stay within 39-31 at halftime.

The Sun Devils tried to make runs in the second half, but kept missing shots at the rim and the Jayhawks kept answering with baskets. Arizona State started double teaming Lawson in the second half and pulled to 67-65 on Edwards' second straight 3-pointer to start its comeback. "They were feeling it, hitting their shots," said Kansas guard Devon Dotson, who had 14 points. "It just came down to mental mishaps we got caught up in."

Wells Fargo Arena had one of the best crowds in school history on hand for one of the program's biggest wins. The second No. 1 team to play in Tempe drew a star-studded crowd, with Michael Phelps, Jason Kidd, Grant Hill, Eddie House and Arizona governor Doug Ducey in the stands, along with more than two dozen NBA scouts. Kansas had its share of vocal supporters, but they were washed away during the closing stretch and the court rushing.

"The fans gave us an extra boost," Martin said. "I just want to say thank you to everyone. I've never had a feeling like that."

Grant Hill with an appearance in the Curtain of Distraction! pic.twitter.com/gxH1tHOTLv

Attention @SunDevilHoops fans & @942Crew: Remy Martin has a message for you. pic.twitter.com/txnZa31vgt