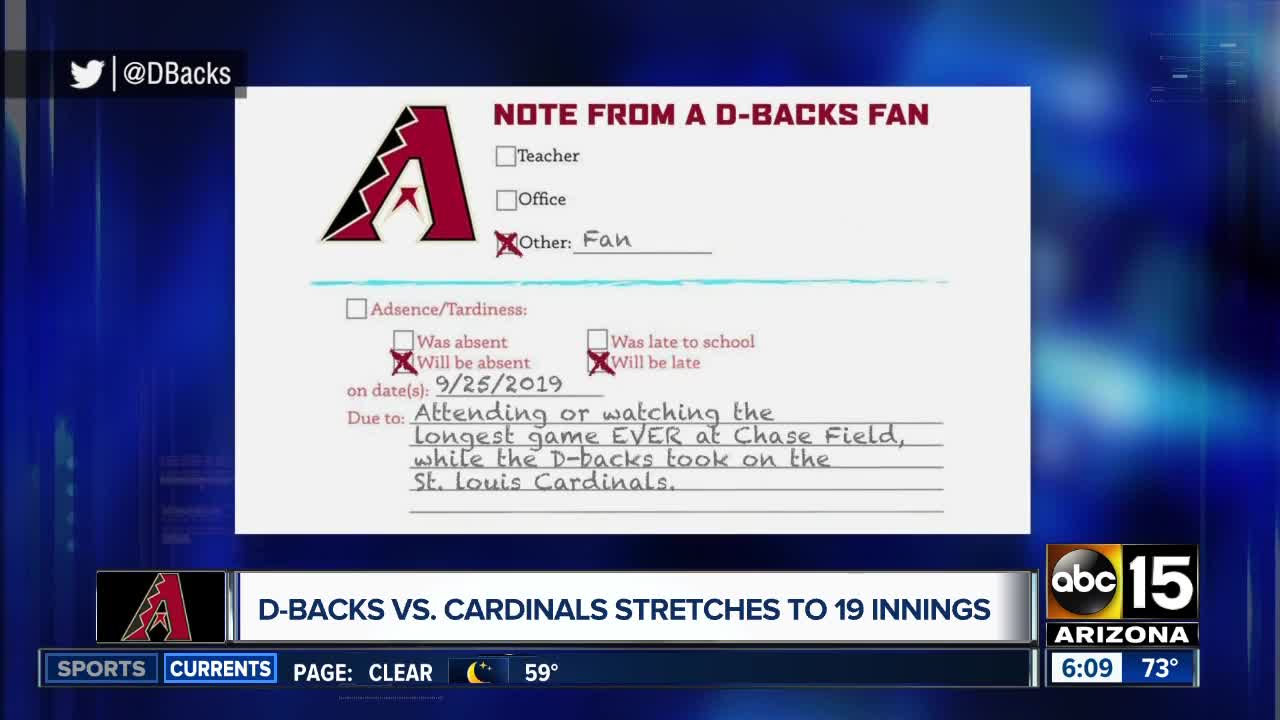 Tuesday night's game was the longest game ever played at Chase Field. 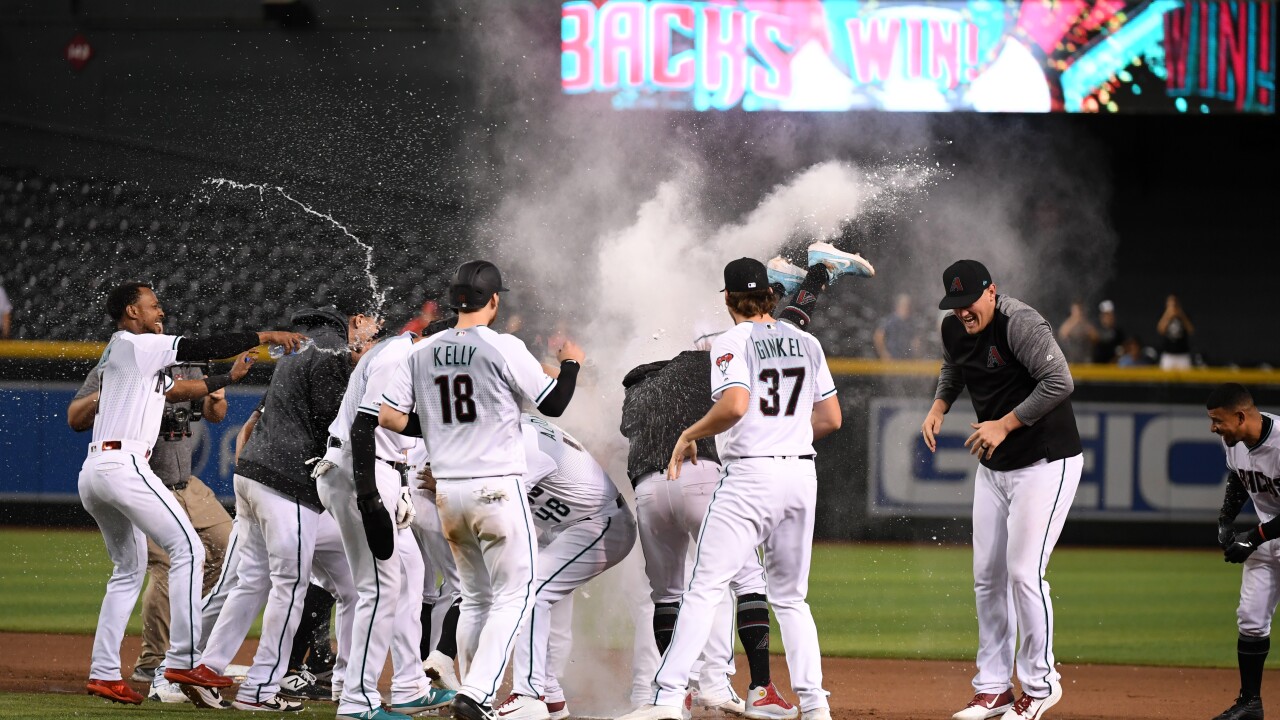 PHOENIX — The Arizona Diamondbacks took on the St. Louis Cardinals Tuesday night in what was the longest game ever played at Chase Field.

The D-backs tweeted early Wednesday morning that the game lasted 6 hours and 53 minutes.

After 6 hours and 53 minutes, you guys earned this.

After nearly seven hours of gameplay and 19 innings, the D-backs won the game 3-2.

The team also tweeted out during the game: "We've been informed 27 different #Dbacks players have played tonight. That's a franchise record. That's 3 starting lineups worth of players."