Murray was the 2018 Heisman Trophy winner 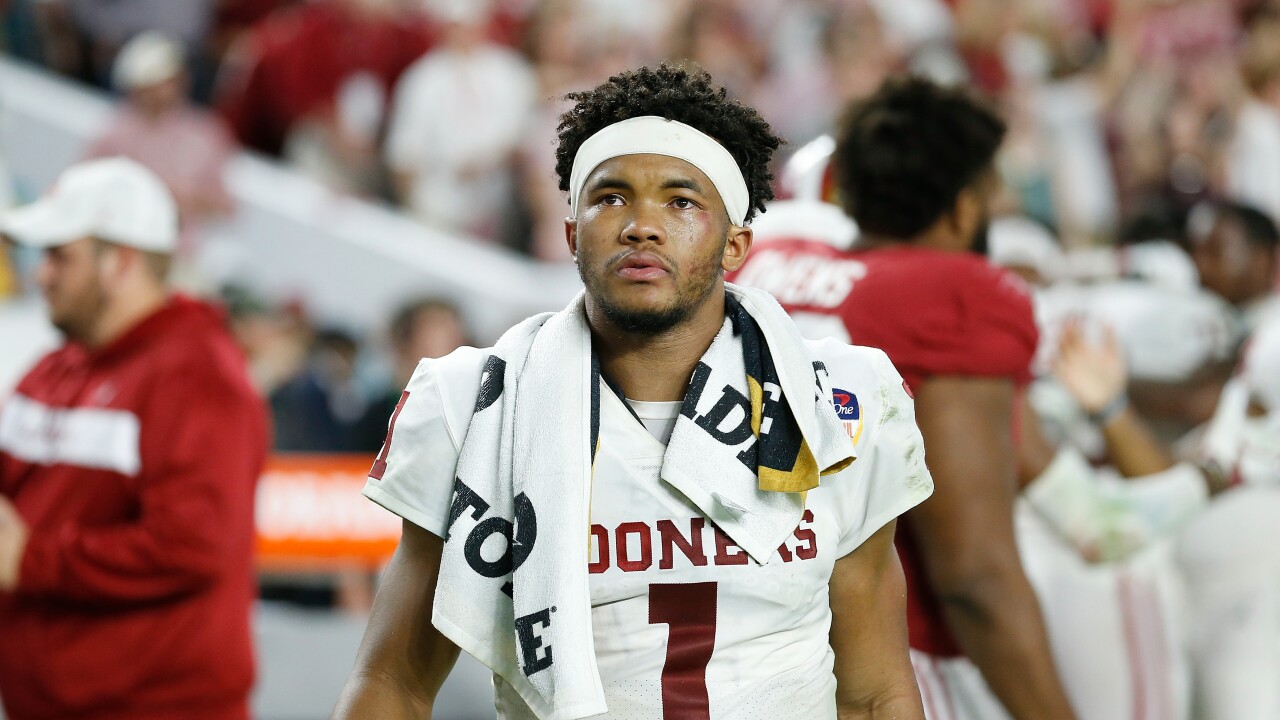 With their first No. 1 overall pick since 1958, the Arizona Cardinals changed the course of their franchise by selecting Oklahoma quarterback Kyler Murray with the top pick in the 2019 NFL Draft on Thursday night.

The 5-foot-10, 195-pound Murray won the 2018 Heisman Trophy while guiding the Sooners to the College Football Playoff semifinals. A dual-threat QB, he threw 42 touchdowns and just seven interceptions at Oklahoma last year, while rushing for 1,001 yards and 12 touchdowns.

Most draft experts predicted the Cardinals would select Murray with the top pick, in part because new Cardinals coach Kliff Kingsbury knows Murray well and would fit well into his projected offensive scheme in Arizona. Last year, while he was still the head coach at Texas Tech, Kingsbury told reporters he would select Murray with the No. 1 pick in the draft if he could.

This marks the second straight year that the Cardinals have selected a quarterback with their first-round draft pick. Last year, the Cardinals moved up to the No. 10 overall pick in order to select UCLA quarterback Josh Rosen, whom the Cardinals will now presumably look to trade.

Murray played for Texas A&M in his freshman season before transferring to OU, where he spent each of the last two years. He succeeded 2017 Heisman Trophy winner and 2018 No. 1 draft pick Baker Mayfield as Oklahoma's starting QB.

Murray is also a star baseball player and was selected by the Oakland A's with the ninth overall pick in the 2018 MLB Draft. But Murray announced in February that he is committed to playing in the NFL.

While some draft experts are concerned about Murray's height, Arizona Wildcats head coach Kevin Sumlin, who coached Murray at Texas A&M, expects Murray to flourish at the NFL level.

Some NFL Draft experts are concerned about @TheKylerMurray's height.@CoachSumlin, who coached Murray for a season at Texas A&M, isn't one of them. pic.twitter.com/xdQkKWGdKW

Kyler Murray said his pink suit tonight is inspired by the suit Leonardo Di Caprio wore in the Great Gatsby movie in 2013. pic.twitter.com/0J8FQS7x2c