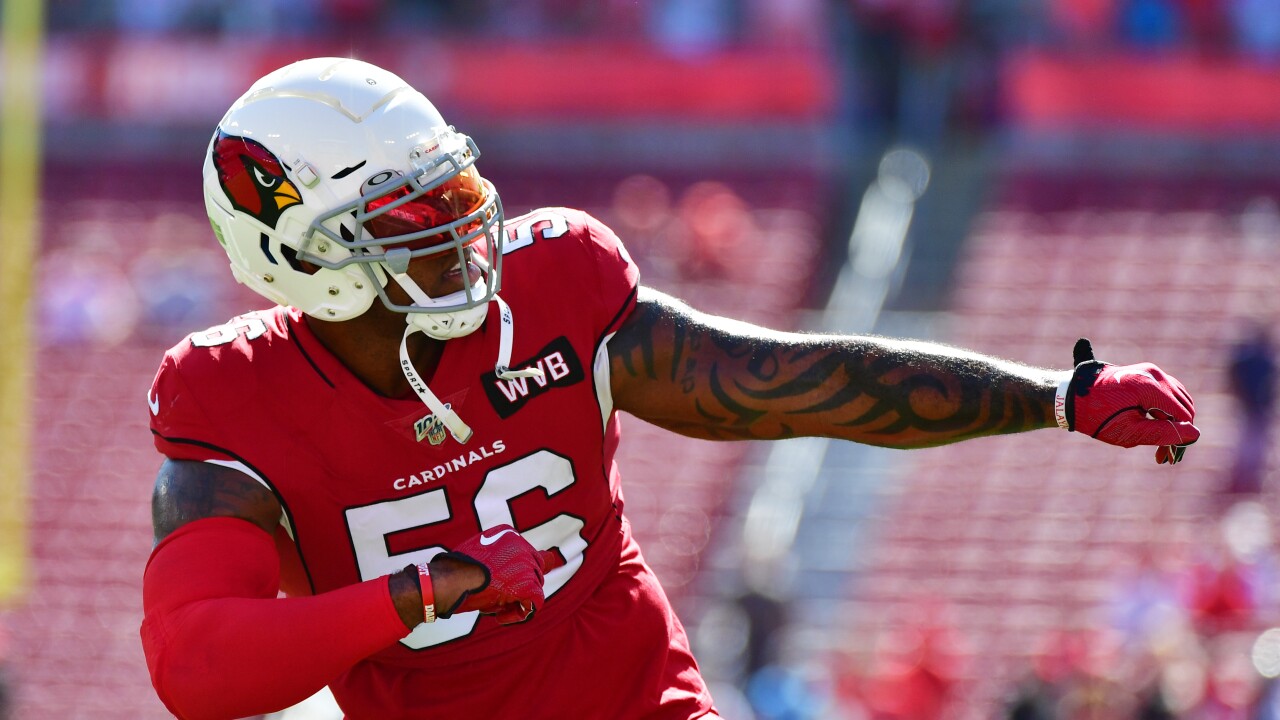 The team made the announcement Friday afternoon.

It’s also uncertain whether the seven-time Pro-Bowl OLB will want to continue playing. But he will be on waivers till Monday.

Coach Kliff Kingsbury made the announcement Friday at a press conference. Kingsbury said it was a mutual decision between Suggs and the team.

“It’s disappointing we didn’t win more games, obviously, as the season’s gone on,” Kingsbury said. “Out of playoff contention, we wanted to see what we have in some younger players, we felt like it was the best move for both parties.”