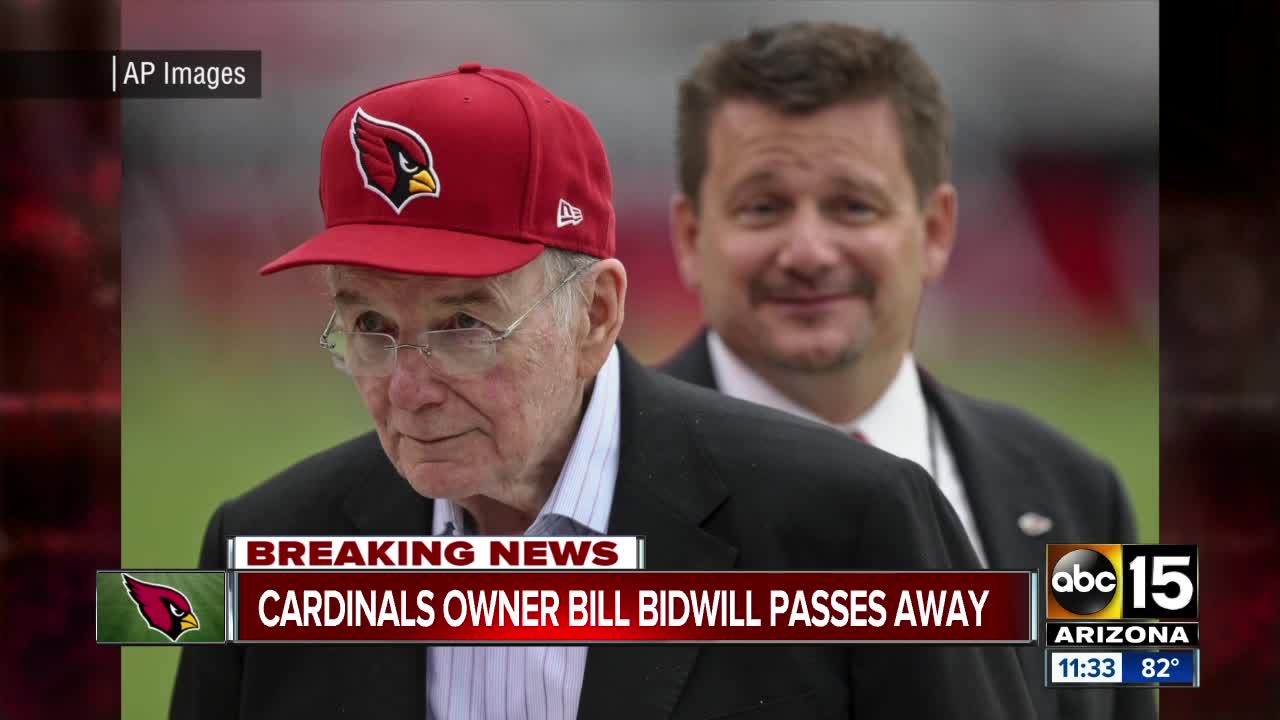 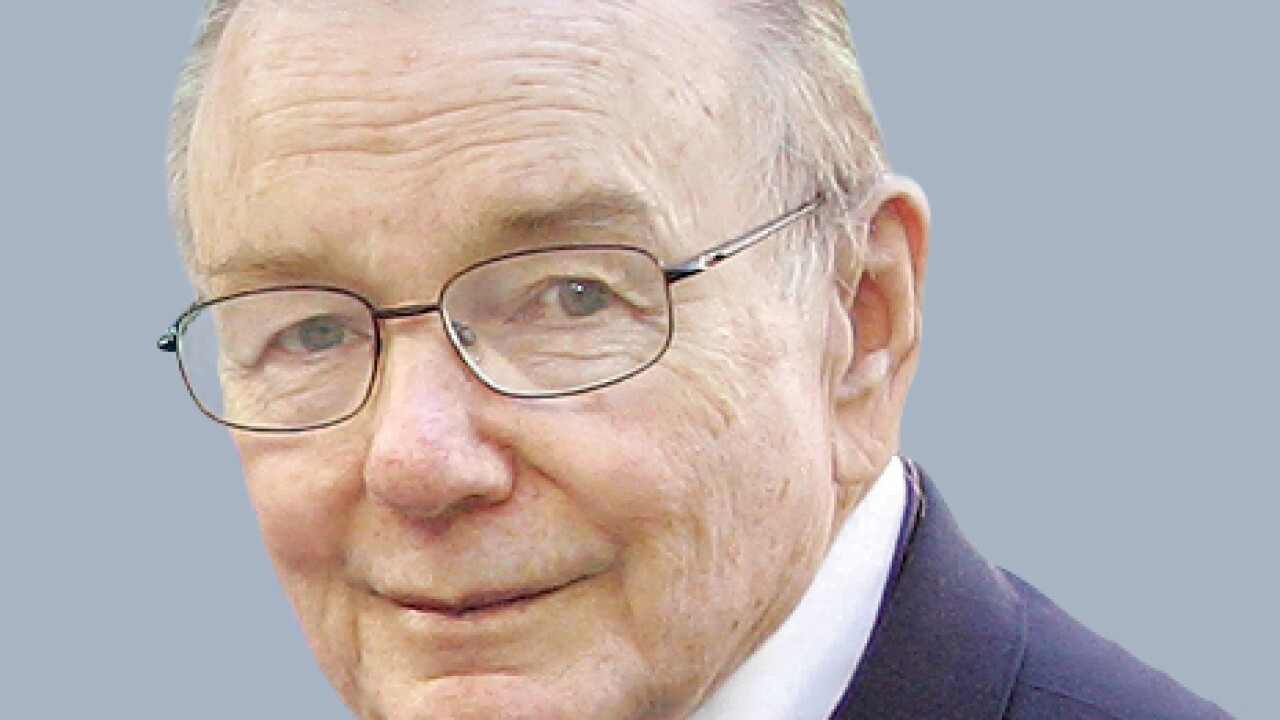 GLENDALE, AZ — The Arizona Cardinals announced Wednesday that team owner Bill Bidwill had passed away at the age of 88.

It is with great sadness that we share the news that our owner, Bill Bidwill, has passed away today at the age of 88. pic.twitter.com/xgNiGvShiF

“Our dad passed away today the same way he lived his life: peacefully, with grace, dignity and surrounded by family and loved ones,” Cardinals President Michael Bidwill, Bill's son, said in a statement. “We are overwhelmed by the support our family has received, not only now but throughout the latest chapter of his life. We are especially grateful to the nurses, doctors and other caregivers whose endless kindness and compassion in recent years have made our dad’s life so meaningful.

In Remembrance of Mr. B

Bidwill was known for being a front-runner for minority hiring in the league. Adele Harris, an African-American woman, was a public relations assistant with the team in 1971, and in 1978 became the first female minority executive in the NFL, according to the team.

A dad. A husband. A giant. Bill Bidwill never forgot he was part of our community, bringing the @AZCardinals here three decades ago. His impact lives on. His was a life well lived. My deepest condolences to the Bidwill family. #RIP https://t.co/ORLeYNbJOn

Saddened to hear about the passing of philanthropist and @AZCardinals owner Bill Bidwill. For decades, Bill was a leader in the Arizona community and someone I was proud to know. I'd like to extend my deepest condolences to the Bidwill family.

Fitzgerald, in a couple of tweets Wednesday afternoon, said: "The NFL family lost a pioneer today. Bill Bidwill loved the Arizona Cardinals and the great State of Arizona. He paved the way for so many by being on the forefront of giving minorities the opportunity to thrive as coaches and executives in the NFL. He was also a man of quiet generosity giving of his time and resources to make lives better. I'll always remember the opportunity he gave me to live my dream in the NFL. Rest in peace, Mr. B."

The NFL family lost a pioneer today. Bill Bidwill loved the Arizona Cardinals and the great State of Arizona. He paved the way for so many by being on the forefront of giving minorities the opportunity to thrive as coaches and executives in the NFL. (1/2) pic.twitter.com/xJmmwhft4T

"A dad. A husband. A giant of the NFL and an Arizona icon — Bill Bidwill never forgot he was part of our community, and he showed it throughout his long and remarkable life.

"Bill was passionate about many things, but especially his faith, family and the Cardinals football team he loved so much. He served his nation in the U.S. Navy and gave back generously to his community, starting and advancing numerous charities.

"Bill brought the Cardinals to Arizona over three decades ago, helping pioneer Arizona’s professional sports identity. He was pivotal to bringing Arizona’s first Super Bowl to the state in 1996, as well as two more in 2008 and 2015. He stood out among NFL owners for his kindness, good nature and leadership, and was an early proponent of bringing more diversity into the team’s front office.

"Living to the age of 88, with five children, 10 grandchildren and one great-grandchild, his was a life truly well lived — and his impact and legacy will live on. My deepest condolences go out to the entire Bidwill family during this difficult time."

Details on what caused Bidwill's death have not been announced.