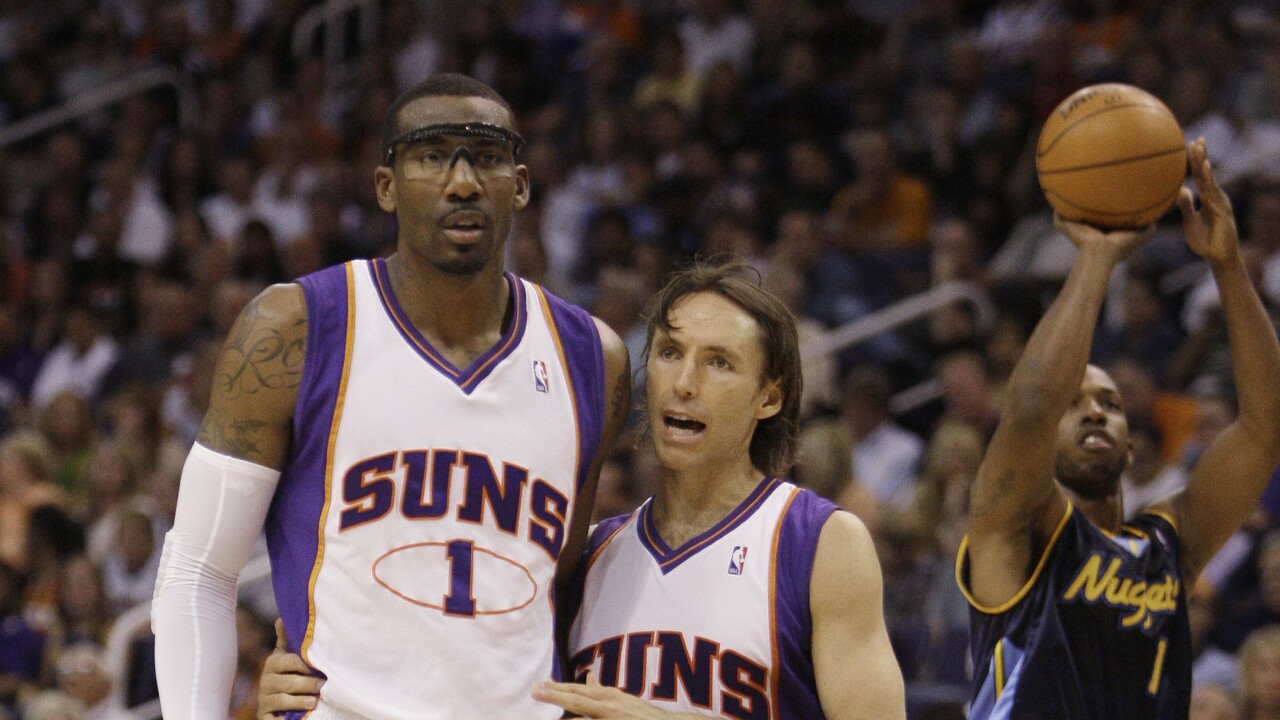 Ross D. Franklin/ASSOCIATED PRESS
Phoenix Suns' Amare Stoudemire (1) is restrained by teammate Steve Nash after being called for a foul as Denver Nuggets' Chauncey Billups (1) puts up a shot after the whistle during the first quarter of an NBA basketball game Tuesday, April 13, 2010, in Phoenix. The Suns defeated the Nuggets 123-101. (AP Photo/Ross D. Franklin)

PHOENIX — Steve Nash and Amar’e Stoudemire are teaming up again on the hardwood, but it’s not in Phoenix this time.

According to The Athletic's Shams Charania, Stoudemire is joining Nash’s coaching staff on the Brooklyn Nets headed into the next NBA season.

Stoudemire and Nash formed the league's lethal pick-and-roll duo for years in Phoenix -- one Kevin Durant and Kyrie Irving are sure to duplicate. Stoudemire will focus on player development in Brooklyn, sources said. https://t.co/t1eXm2TuSZ

Nash was named head coach of the Nets in early September. Stoudemire will join his staff as an assistant coach.

Nash and Stoudemire teamed up on the Suns to create some of the team’s most exciting and successful seasons in franchise history. Stoudemire last played in an NBA game in the 2015-2016 season and has played on several teams overseas since then.

Nash last played for Phoenix in 2011-2012 and finished his career in Los Angeles before retiring in 2015.